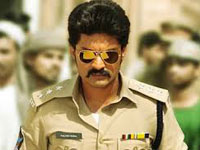 Kritika Deval / fullhyd.com
EDITOR RATING
6.5
Performances
Script
Music/Soundtrack
Visuals
6.0
7.0
6.5
7.0
Suggestions
Can watch again
No
Good for kids
No
Good for dates
No
Wait to rent it
No
So, after running through the gamut of "manly" words in the Telugu language, our directors have finally resorted to onomatopoeic approximations of words that just might imply manly mayhem. That's allright. The right to creative licence was what we fought the British for. Or not? Whatever, the point still stands, if only because creative licence taken with the Tolly-script template is what makes pataas, however ridiculously named, quite ridiculously entertaining as well.

The story is as follows. Kalyan Sinha (Kalyan Ram) is a cop who is the beloved of all his subordinates, and the bane of his superior, the DGP (Sai Kumar). This is not because he is a mayhem-making good cop out to get at his "respectable" but corrupt superior, but the opposite. You see, this guy uses his powers for evil (read: corruption), going so far as to encourage his subordinates to seek out their own fortunes under the table. Pretty soon, he is hand-in-glove with the sleaziest politician of them all, GK (Ashutosh Rana).

Can we actually have a hero who is truly horrible go through a real change of heart and become a good guy? (Hint: Yeah, right.) How did he become like this in the first place? Does the DGP have anything to do with the whole rigamarole apart from keeping a disapproving eye on Kalyan? And what's up with his colleague's annoyingly annoyed journalist daughter (Shruthi Sodhi)?

These are all questions not for you to ponder, but for you to ignore as you take in, instead, Kalyan Ram's boundless energy, Anil Ravipudi's relentlessly paced screenplay, and extraneous comedy that actually works. Either way, you won't find yourself focusing on the plot for long, simply because about a half hour into the film is all it takes for you to see that the plot is one you probably know by heart. This is something that makes writing about this film so difficult, because anything more than the basic premise is a spoiler.

What we can tell you, though, is that sandwiched cosily in the clichéd layers is a sense of fun that most mainstream Telugu films do quite easily without. pataas not so much fiddles with the formula as revitalizes it. So you have an uber-macho hero who is an amalgamation of all the "heroes" that have caught the imagination in the recent past, a convoluted plot that unravels at a touch, a whole host of jokes that will offend you if you're in the mood for it, and a girl who is so much of a window dressing that they don't even bother putting her in the theatrical trailer.

But then, you have lines that are truly funny if you're in the mood for it, a relentless pace of activity, cinematography that is quite dynamic, peppy songs, and a skillful background score. And, even better, the interest that even the makers seem not to have in the film itself is instead invested in giving us a plethora of decently written, and amusing, side characters.

After going through a series of films where Brahmanandam, the late M S Narayana and the rest have been added like salt to food, the lot has finally gotten a film that takes good advantage of all the reasons they became famous. Kalyan Ram is quite at home with all the machismo of his role, and is as comfortable with bantering as he is with battering. Shruti Sodhi is there, is all we can say. Ashutosh Rana has fun with his baddie role, as usual.

If you're expecting something smart and thoughtful, we'd like for you to check out the posters and the trailers, and then go back to your bootleg collection of graphic novels in obscure languages. If not, then you're welcome to enjoy a film that makes the most of a very special kind of slapstick the Telugu people have made our own.
Share. Save. Connect.
Tweet
PATAAS SNAPSHOT 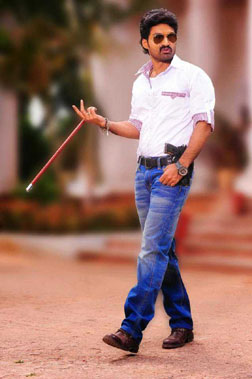 ADVERTISEMENT
This page was tagged for
Pataas telugu movie
Pataas reviews
release date
Kalyan Ram, Shruti Sodhi
theatres list
Follow @fullhyderabad
Follow fullhyd.com on
About Hyderabad
The Hyderabad Community
Improve fullhyd.com
More
Our Other Local Guides
Our other sites
© Copyright 1999-2009 LRR Technologies (Hyderabad), Pvt Ltd. All rights reserved. fullhyd, fullhyderabad, Welcome To The Neighbourhood are trademarks of LRR Technologies (Hyderabad) Pvt Ltd. The textual, graphic, audio and audiovisual material in this site is protected by copyright law. You may not copy, distribute, or use this material except as necessary for your personal, non-commercial use. Any trademarks are the properties of their respective owners. More on Hyderabad, India. Jobs in Hyderabad.