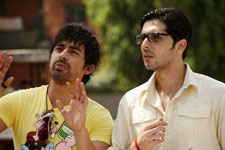 Nupur Barua / fullhyd.com
EDITOR RATING
5.0
Performances
Script
Music/Soundtrack
Visuals
5.0
4.0
4.0
5.0
Suggestions
Can watch again
No
Good for kids
No
Good for dates
Yes
Wait for OTT
No
In a recent interview, Zayed Khan stated that he had been typecast in all the movies that he had done so far, and had never really noticed it. Now, for the first time, he saw Sharafat Gayi Tel Lene as something he must do (and did) because he wanted to grow as an actor. The main reason for the attraction towards the script was the unusual concept, or so he claimed.

And slightly unusual it surely is. In a bizarre consequences of unrelated events, Prithvi Khurana (Zayed Khan) discovers that his bank account has a balance of Rs 100 crores. Now Prithvi is a guy who has always been lamenting his luck in life, and, more specifically, his bank balance. Stunned, he calls up his bank, only to be told that he has been upgraded to the platinum class. As he tries to digest what has happened, he receives a call from a certain Dawood, who asks him to get into business with him.

A very shaken Prithvi consults his philandering roommate Sam (Ranvijay Singh). They are still clueless when the Vice President of the bank, Thawani (Anupam Kher), visits their house and tells Zayed how he is an esteemed customer, how he now has access to elite services, and so on. Zayed's journalist girlfriend, Megha (Tena Desae), is flummoxed by his behaviour, and enlists the help of her uncle, who is a senior policeman, to figure out what the deal is.

And then Dawood dies. The dilemma that Zayed has to face is this - should he declare the money to the government, or should he just keep it for himself and to hell with the world? After all, the money is all his now, and he can lead a life of luxury. Being the conscientious man that he is, Zayed has to solve the mystery behind the deposit before he makes any other decision, and this leads to confusion and misunderstandings.

The plot is intriguing enough. And the screenplay is structured well. However, the lack of content makes this a tiring film. Once the protagonist's problem is established, and the other characters make their presence felt, there is nothing much that happens. You know that Zayed has to sort this out somehow, and that some chaos will ensue, but the story moves from one point to another conveniently. Even the twists are predictable, somewhat, because the plot demands them.

So while all the scenes are well-written and the story flows as a conventional narration should, the movie lacks the finesse and the zest that a tale like this one should possess. Individually, the scenes are funny enough, and the dialogues are decent, but a slow first half makes you lose interest. The second half rushes towards the climax and the resolution, and leaves you a bit breathless (and not because it is a breathtaking film). Gurmmeet Singh, the director, could have been a little less indulgent with the execution of the narrative.

Zayed Khan is thankfully not typecast, and delivers one of his finest performances. He is sincere, even though he is not a path-breaking actor. Ranvijay Singh is apt as the inept roommate. Anupam Kher does his bit without too much effort. Tena Desae is the best of the lot as she plays the paranoid girlfriend. The rest of the cast is effective.

The costume and production design are average, as is the camera work. There is nothing much to write home about in terms of visuals and execution. It is all very pleasant and will not make you sit up in wonder. The music is forgettable, and the editing could have done with a little revision even though the length of the movie is less than two hours.

Sharafat Gayi Tel Lene is something you should probably watch when you are on a date and do not have to pay much attention to the details on screen. It is funny in parts and mostly tiresome, but it is not an entirely bad film. Of course, replacing Zayed Khan with, let's say, a Ranveer Singh, may have made a difference, but it is still worth a watch.
Share. Save. Connect.
Tweet
SHARAFAT GAYI TEL LENE SNAPSHOT 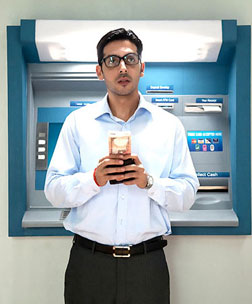 ADVERTISEMENT
This page was tagged for
Sharafat Gayi Tel Lene hindi movie
Sharafat Gayi Tel Lene reviews
release date
Zayed Khan, Tena Desae
theatres list
Follow @fullhyderabad
Follow fullhyd.com on
About Hyderabad
The Hyderabad Community
Improve fullhyd.com
More
Our Other Local Guides
Our other sites
© Copyright 1999-2009 LRR Technologies (Hyderabad), Pvt Ltd. All rights reserved. fullhyd, fullhyderabad, Welcome To The Neighbourhood are trademarks of LRR Technologies (Hyderabad) Pvt Ltd. The textual, graphic, audio and audiovisual material in this site is protected by copyright law. You may not copy, distribute, or use this material except as necessary for your personal, non-commercial use. Any trademarks are the properties of their respective owners. More on Hyderabad, India. Jobs in Hyderabad.