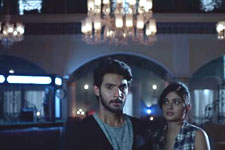 T J Reddy / fullhyd.com
EDITOR RATING
3.0
Performances
Script
Music/Soundtrack
Visuals
5.0
3.0
2.0
3.0
Suggestions
Can watch again
No
Good for kids
No
Good for dates
No
Wait for OTT
Yes
Making me sing breakup songs from Arya 2 is a horror comedy produced by three different studios, Next Nuvve. A film that is neither scary nor funny. Shouldering a huge chunk of the painfully unfunny is lead actor Aadi essaying the role of soap opera director Kiran. When his soap is canned and the goons he's borrowed money from give him a week to repay their dues, Kiran gets a lucky break - a letter from his estranged father (Posani) about inheriting his palatial abode in Araku.

Never sparing a thought for the whereabouts of his father, Kiran and his jumpscare factory of a girlfriend Smitha (Vaibhavi) settle in there with Sarath (Brahmaji) and his sister Rashmi (Rashmi Gautham). Rashmi's only traits incidentally are falling in love with men she knows nothing about and seducing them with her navel.

The foursome work together to make a picturesque resort of the palace, but for some reason every guest who spends the night there dies. With little understanding of the circumstances they are subject to, the ensemble struggle to keep their business afloat while trying to uncover the mysteries of their new residence.

Good horror comedies need to land in either one of two extremes to be memorable. On the one corner we have campy, goofy, gory Evil Dead II and on the other we have the gut busting meta take on the genre Cabin In The Woods or Tucker And Dale vs Evil. Horcoms require the filmmakers to have a keen understanding of the genre they are spoofing as subverting its character and story tropes is what lets the audience know that the film is in on the joke all along. It helps the audience laugh with the film and not at it.

Next Nuvve is collection of rehashed genre tropes with the movie jumping around the tonal road map with as little attention to consistency. Good horror or good comedy works when a story works at building up an eerie or comedic atmosphere. The lead foursome share no chemistry with each other, and this bleeds into the sense of dissonance each scene of the film shares with its previous or upcoming counterpart as these segments do not work at making the movie a coherent whole. Simply put, the film is a scattershot attempt by a scatter-brained crew of people working and spectacularly failing at making it a generic four-quadrant exercise with little to no personality. I respect their effort but that does not translate into me respecting their output.

With the directing so pedestrian and the editing matching its mediocrity every step of the way, the only redemption could come from the performances. Relative fresh faces Aadi and Vaibhavi are given characters whose actions and motivations have little to do with common sense. The duo do not question the endless stream of deaths happening for more than a second nor do they share an ounce in common. The film takes them from being truly petrified at the supernatural entity plaguing their house in one shot to a slapstick comedy routine in the next without even a transition in scene. No amount of suspending your disbelief can prepare you for that.

Brahmaji, however, reminds you just how gifted our character actors are as he embodies his truly ludicrous character with likability even if he cannot give it subtlety. My comments about Rashmi Gautham have already been made crystal clear, so that's the end of that conversation.

Director Prabhakar was a popular TV anchor before dipping his feet in the shark-infested waters of film direction. And sure enough, his TV soap opera / reality show sensibilities work seamlessly to create a perfectly timed comic sequence at the onset of the film (because it works in a closed and controlled space), but as the movie expands its horizons to larger settings and multiple main characters which rely on concise story-telling, musical cues, camera blocking and crisp editing, his work and creative choices leave a lot to be desired. The background score confuses loudness with scares, and the visuals, editing and colour scheme add zilch in terms of atmosphere, tone and pacing. The abundance of reused transition shots and lack of cutaways make themselves evident at every turn, and are still the least of the film's worrisome aspects.

While you could pick this movie apart for days chronicling its technical ineptitude, it is with the entertainment quotient that it fails the hardest. With so many things holding its presentation back, the movie plays out more like a student project than as a remake of a successful Tamil film. When Golmaal Again works as a better horror comedy than your movie, you, sir, have an irrefutable problem.
Share. Save. Connect.
Tweet
NEXT NUVVE SNAPSHOT 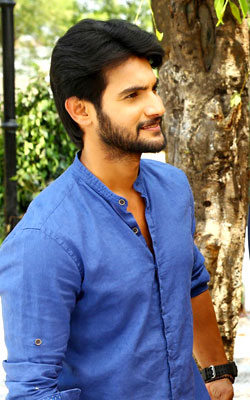 See Next Nuvve full details
NEXT NUVVE USER REVIEWS
1 - 1 OF 1 COMMENTS
POSITIVE  |  NEGATIVE |  NEWEST  |  OLDEST  |  MOST HELPFUL  |  LEAST HELPFUL
The Common Movie Goer on 4th Nov 2017, 2:49am | Permalink
This review should have a warning at the beginning - "Reading this review could be injurious to the filmmakers." Great review but savage AF. I love Rohit Shetty movies, but when TJ (who loates all things Rohit Shetty) says it's a better film, you know you've got problems. I guess the overall 3.0 and 5.0 for performances are for Brahmaji, cos let's face it, Aadhi needs another 7-8 movies before he can even be compared with Sai Kumar.

I hope his dad gives him diction and acting tips. Really want to see that guy churn out at least one performance where he has more than two expressions and one tonal variation.
Lilyfoot on 4th Nov 2017, 10:32am | Permalink
As if other heroes have more than one expression.....
TJ Reddy on 4th Nov 2017, 7:08am | Permalink
I don't know what to say TCMG. In 2015 a guy made a movie called Tangerine shot on an iPhone 5s and it was in the running for an Oscar nod while winning a bunch of indie awards. Here we have this film and Yuddham Saranam who could give a f*** less about presentation. i just don't understand anymore.

Thank god for the character actors though. They literally bend over backward so many times to make the young guys and girls look better than they actually are.

ADVERTISEMENT
This page was tagged for
next nuvvu movierulz
Next nuvve director Prabakar age
next nuvve movie songs pagal
next nuvve full movie in telugu
Next Nuvve telugu movie
Follow @fullhyderabad
Follow fullhyd.com on
About Hyderabad
The Hyderabad Community
Improve fullhyd.com
More
Our Other Local Guides
Our other sites
© Copyright 1999-2009 LRR Technologies (Hyderabad), Pvt Ltd. All rights reserved. fullhyd, fullhyderabad, Welcome To The Neighbourhood are trademarks of LRR Technologies (Hyderabad) Pvt Ltd. The textual, graphic, audio and audiovisual material in this site is protected by copyright law. You may not copy, distribute, or use this material except as necessary for your personal, non-commercial use. Any trademarks are the properties of their respective owners. More on Hyderabad, India. Jobs in Hyderabad.