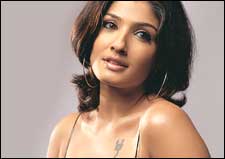 Deepa Menon / fullhyd.com
EDITOR RATING
3.0
Performances
Script
Music/Soundtrack
Visuals
NA
NA
NA
NA
Suggestions
Can watch again
NA
Good for kids
NA
Good for dates
NA
Wait for OTT
NA
First of, let's explain the one-and-a-half stars. Even the duds get one star, that is the lowest rating we have. But occasionally a movie actually earns its solitary sparkle. Like Police Force, which then got an additional half-point for really trying to resuscitate a dead plot.

Police Force - The Inside Story does everything you expect it to in the beginning. It takes you to a police training camp and tells you the story of a few young men who believed their commanding officer (Amrish Puri) when he told them that truth was the only weapon they need. Then they find out that in the real world the truth is about useful as a rubber sword - good for a couple of tricks but pretty useless in combat. Vijay (Akshay Kumar) is one such disillusioned soldier.

Vijay and his friends are deployed at various posts in Mumbai on election duty. The battle is between two candidates who are almost equally matched in sliminess. But leading by a healthy margin is Rattan Shetty, played ably by Raj Babbar. For a political gain Shetty would sell his grandmother up the creek. It's besides the point that she would go quite happily.

Under-training officers are expected to be obedient to the point of stupidity and not speak till they are spoken to. But there's always a new guy who doesn't know the rules. So Vijay, who seems to have taken it into his head that he must protect people, finds it all very strange when his rebellion is sat upon by his own friends. Why play the naïve idealist, they ask him. Why go running after criminals when they are not on your beat? Why this need to ensure 'justice'? What are you, a cop?

Troubled by this lack of understanding, Vijay takes to the streets for a couple of days. Then he goes to Shetty's house, accuses him of extortion and murder, calls him names and roughs him up for good measure. This turns out to be not such a smart move.

Vijay gets thrown in jail, has barbiturates pumped into him, and is charged with a murder he did not commit. He is so doped from the drugs that he signs a confession - the shit has officially hit the fan. And this is where things take a turn for the interesting, when his mentor Amrish Puri steps into the scene and takes charge.

Why nobody offers this man better roles is a great mystery. Corny as Police Force is, it scores points for giving Amrish Puri the screen time, if not the role, he is due. For his part, he manages to sound dignified always. Even, for example, when saying to his aides during an interrogation, "Uska knicker nikaalo". Goes without saying this is the best scene in the movie.

Police Force is filled with many such scenes, which will give you a kick because they are so wonderfully out of sync with the reality they are trying to portray. The hero and his friends join a merry band of outlaws and kill all the bad guys. The mentor, on the other hand, works within the system and unearths the truth. The hero admits his victory is a hollow one because he had to resort to illegal means. The mentor tells him he has done more for the country than anyone can hope to. Then the hero and his friends surrender themselves to the judgment of the law. And somewhere in the middle of it all Raveena Tandon does a couple of dances and cries.

You can't hate a movie like this, it's so touchingly misguided. It's crap, but it's well-meaning crap. And if not for anything else, you must watch Police Force for the famous knicker nikaalo sequence.

ADVERTISEMENT
This page was tagged for
Police Force hindi movie
Police Force reviews
release date
Akshay Khanna, Raveena Tandon
theatres list
Follow @fullhyderabad
Follow fullhyd.com on
About Hyderabad
The Hyderabad Community
Improve fullhyd.com
More
Our Other Local Guides
Our other sites
© Copyright 1999-2009 LRR Technologies (Hyderabad), Pvt Ltd. All rights reserved. fullhyd, fullhyderabad, Welcome To The Neighbourhood are trademarks of LRR Technologies (Hyderabad) Pvt Ltd. The textual, graphic, audio and audiovisual material in this site is protected by copyright law. You may not copy, distribute, or use this material except as necessary for your personal, non-commercial use. Any trademarks are the properties of their respective owners. More on Hyderabad, India. Jobs in Hyderabad.