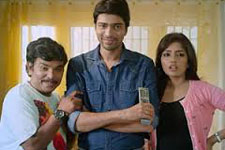 Ravi Kandala / fullhyd.com
EDITOR RATING
5.0
Performances
Script
Music/Soundtrack
Visuals
7.0
4.0
5.0
5.0
Suggestions
Can watch again
No
Good for kids
No
Good for dates
No
Wait for OTT
No
There are two kinds of matches that are fun - one where the underdog beats the uber powerful, and one where two equally matched behemoths lock horns and give us a fight to the finish.

This principle applies equally to movies. They become immensely more enjoyable when David slays Goliath or when a Sherlock meets a Moriarty. On the other hand, when you have a superhero swatting aside puny villains who have no clue how to deal with him, the movie becomes bland, boring and predictable.

Bandipotu suffers from this syndrome. It has an ultra-smart protagonist, Viswanath (Allari Naresh), who sets out to seek revenge from three rich men on behalf of a girl he falls for, Jahnavi (Esha). The three antagonists are real estate developer Makaranda Rao (Tanikella Bharani), industrialist Seshagiri Rao (Rao Ramesh), and politician and wannabe PM Bhale Babu (Posani Krishna Murali).

Viswanath cons the three with minimum effort, so much so that you wonder how the three were so successful in life so far. The cons are neither elaborate nor intelligent - they just rely on the assumption that the opposite person will play along, without any Plan B for if he doesn't.

Mohankrishna Indraganti, the guy who gave us the laugh riot Ashta Chamma, seems to have lost the ability to tickle. There are several situations in the film where the characters are laughing outrageously and the audience is wondering what's so funny. The movie begins pretty well, but then starts to drag interminably. The cons get increasingly easy, and the buffoonery of the villains does not help in the least.

Allari Naresh does well in a conscious attempt to move away from his usual slapstick capers and project himself as a big hero. Esha hardly has a role, and neither does Sampoornesh Babu, who however is still quite good in the limited screentime he gets. The remaining supporting cast do quite well, too.

The songs are generic, and the item song is shot so decorously that it wouldn't pass for even a devotional song in any other movie. The production values are expectedly good.

Naresh's sudden shift towards a rather macho role with sensible dialogues and limited comedy will definitely prove tough to digest for viewers. If you like your chocolate bitter, give this a try - else, watch one of the innumerable reruns of his films on TV this weekend.
Share. Save. Connect.
Tweet
BANDIPOTU SNAPSHOT 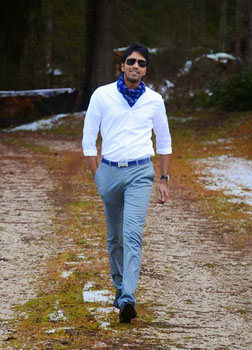 ADVERTISEMENT
This page was tagged for
bandipotu allari naresh movie download torrent
bandipotu full movie
Bandipotu telugu movie
Bandipotu reviews
release date
Follow @fullhyderabad
Follow fullhyd.com on
About Hyderabad
The Hyderabad Community
Improve fullhyd.com
More
Our Other Local Guides
Our other sites
© Copyright 1999-2009 LRR Technologies (Hyderabad), Pvt Ltd. All rights reserved. fullhyd, fullhyderabad, Welcome To The Neighbourhood are trademarks of LRR Technologies (Hyderabad) Pvt Ltd. The textual, graphic, audio and audiovisual material in this site is protected by copyright law. You may not copy, distribute, or use this material except as necessary for your personal, non-commercial use. Any trademarks are the properties of their respective owners. More on Hyderabad, India. Jobs in Hyderabad.