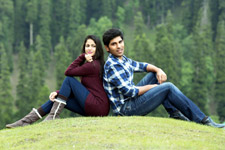 Swaroop Thotada / fullhyd.com
EDITOR RATING
4.0
Performances
Script
Music/Soundtrack
Visuals
5.0
4.0
5.0
7.0
Suggestions
Can watch again
No
Good for kids
Yes
Good for dates
No
Wait for OTT
Yes
Siri (Allu Sirish) is the son of a rich authoritarian father (Prakash Raj), in whose eyes the middle classes are nothing more than parasites that exist only to prey on the gullible rich kids, "to become wealthy overnight". And then there is Jagannatham (Rao Ramesh), the doting father of Ananya (Lavanya Tripathi), who can't stand the idea of his daughter being denied anything she wants, and moves heaven and earth just to see her happy, though his pockets are not up for the task most of the time. The movie chronicles the plight of Siri and Anu as they fall in love with each other only to be helplessly caught in the tangle of these men's ideologies and struggles.

Srirastu Subhamastu doesn't aim to be anything more than a passable entertainer, but doesn't succeed in that either, thanks to the misplaced melodrama between its cardboard characters. The characters change their definitions and motivations just for the convenience of the plot - and the plot doesn't come to the rescue, either. That's because it has already been done to death many times and in much better ways. As the movie neither has anything new to say, nor bothers to package its age-old wine in a new bottle, we can't help but feel like we are watching Nenu, Sailaja or director Parasuram's own Solo, a second time. And the fact that those movies were not exactly masterpieces either, further adds to your trouble.

It's a well-known fact that we Telugu audiences don't mind watching the same story all over again under a different title, as long as the movie lends some freshness to its characters and as long as it manages to stay entertaining. All of Vaitla's and Kona's films are essentially the same, for instance - but we never complained except when they were ridiculously dull or insultingly over the top.

But Srirasthu Subhamastu doesn't believe it needs to inject some life into its characters, maybe because it is too confident of the formula it religiously follows or because the formula doesn't give the characters enough time to breathe some real air before dutifully being subjected to the next cliché. And the stale humour adds to your woes.

In an attempt to make the characters relatable, Parasuram resorts to heavy-handed melodrama, and it works against the cause. Rao Ramesh's spouting of sentimentally-loaded long paragraphs of dialogue at every possible opportunity is just soporific, and at times he gets on your nerves.

While Lavanya's performance is more than what this movie deserves, Sirish should stop being so camera-conscious. Rao Ramesh's normal performance feels garish here, given the one-dimensional character he needs to enact. Prakash Raj, Sumalatha and Prathiba do what they are supposed to do. The songs are easy on the ears. Barring a couple of unnecessarily shaky shots, the cinematography is okay.

Parasuram's previous movies were not noted for any path-breaking inventiveness - he managed to make some decent entertainers that struck a chord audiences seeking harmless entertainment, though they were preachy at times. In this one he's aimed pretty low, and barely managed to reach even that.
Share. Save. Connect.
Tweet
SRIRASTU SUBHAMASTU SNAPSHOT 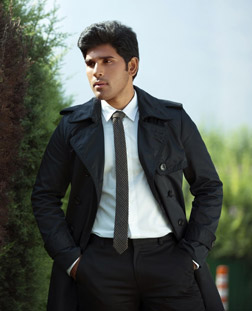 ADVERTISEMENT
This page was tagged for
srirastu subhamastu full movie
Srirastu Subhamastu telugu movie
Srirastu Subhamastu reviews
release date
Allu Sirish, Lavanya Tripathi
Follow @fullhyderabad
Follow fullhyd.com on
About Hyderabad
The Hyderabad Community
Improve fullhyd.com
More
Our Other Local Guides
Our other sites
© Copyright 1999-2009 LRR Technologies (Hyderabad), Pvt Ltd. All rights reserved. fullhyd, fullhyderabad, Welcome To The Neighbourhood are trademarks of LRR Technologies (Hyderabad) Pvt Ltd. The textual, graphic, audio and audiovisual material in this site is protected by copyright law. You may not copy, distribute, or use this material except as necessary for your personal, non-commercial use. Any trademarks are the properties of their respective owners. More on Hyderabad, India. Jobs in Hyderabad.