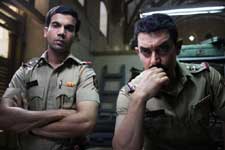 Kritika Deval / fullhyd.com
EDITOR RATING
7.5
Performances
Script
Music/Soundtrack
Visuals
7.5
8.5
7.0
7.0
Suggestions
Can watch again
Yes
Good for kids
No
Good for dates
Yes
Wait to rent it
No
For the past decade, an Aamir Khan release has been one of the most anticipated events every year, like Valentine's Day, or maybe your birthday. The buzz around his movies starts nearly a year or two before the release. Plots are discussed, the cast is dissected, and every known aspect of the movie is poked and prodded.

The hype may owe itself to the fact that Aamir Khan is an anomaly in this country - an intellectual Bollywood superstar. Or maybe it is because he doesn't bombard us with movie after movie. It could even be that his personal life is usually so far away from the limelight that (mom tells me this wasn't the status quo earlier), most of the time, the only thing people can discuss about him is his work (smart, that!).

Whatever maybe the reason, Talaash justifies every bit of its hype, and then some. Strangely devoid of "action" (read: blood and gore and super-human feats), Talaash is a suspense-thriller in the true sense of the phrase, the sort you grew up watching in C.I.D and Aahat.

The movie unfolds like this. When beloved actor Armaan Kapoor (Vivan Bhatena) dies under mysterious circumstances, the incident leaves everyone stumped, including Inspector Surjan Singh Shekhawat (Aamir Khan). Upon scratching the surface of the case, it turns out that things weren't as straightforward as they seemed, and Surjan, a.k.a. Suri, is sucked relentlessly into the sordid atrophy in Mumbai's underbelly that is prostitution, blackmail, murder and everything not-so-nice.

Pretty soon, he's hobnobbing with dazzling dames of the night, pimps and other unsavory characters. And, as unlikely as it seems, he strikes up an unwilling friendship with a spirited young hussy who goes by the name of Rosie (Kareena Kapoor).

Meanwhile, he and his wife Roshni (Rani Mukherji) are still grappling with the sudden loss of their young son Karan, which is driving them inexorably apart even as they try to make a fresh start in an apartment complex in suburban Mumbai. Being married to a cop isn't the easiest of things. And when that cop starts becoming the epitome of uncommunicative, Roshni tries to find solace wherever she can. In this case, it is with a professed medium or channel or whatever, Frenny (Shernaz Patel), who claims to have spoken to their son and has a message from him.

A marriage that is heading towards an impasse and his unresolved guilt issues make Suri even more determined to solve the case.

At approximately two-and-a-half hours, this mystery is tightly drawn, with little room for long-drawn discourse or introspection or even blood-fests. Talaash firmly establishes itself as a good 'ol brain-teaser right from the start.

At the same time, the makers' infatuation with the city of Mumbai is seamlessly inculcated into every aspect of the screenplay, whether it be the elaborate colony functions, or the quirky Catholic neighbours, or even the Bandra elite who never go outside of Bandra unless absolutely necessary. Not to mention the slang, and the flinty fatalism with which Mumbaikars of the metropolis' infamous slums face day-to-day life.

The climax doesn't quite match up to the tension the story builds in you. The smarts apparent in the the rest of the movie just peter out to the most obvious ending.

A round-of-applause to the director is Kareena's surprisingly subtle performance as a woman of the night with a heart of 24-karat-gold. Even though the rapport between Rosie and Suri isn't quite convincing, Kareena somehow makes it work, and it all makes sense towards the end.

Aamir Khan, as usual, brings all of his earnestness into the character he plays, so much so that the events in Suri's life are of eminent importance to the audience, and you end up really caring about his fate rather than that of just the case. Rani's performance as a mother dealing with the loss of her child and an emotionally distant husband is near-flawless.

The stellar supporting cast needs a special mention, including Shernaz Patel as the slightly kooky neighbour, Raj Kumar Yadav as the cops' sidekick, and all the others without whom the movie would've been a lot less engaging.

Nawazuddin Siddiqui deserves his own paragraph. As Tehmun, the pimp with a limp (heh), he makes you root for him even as you see just how much of a low-life he is. Siddiqui's thespic acumen, as he merges into the role until you know not where the role begins and the man ends, is a treasure to the film industry.

Whether it is family fun-time you're looking for, or the privilege of watching Aamir Khan on that big screen, or just a damn fine movie; Talaash satiates on all counts.
Share. Save. Connect.
Tweet
TALAASH (HINDI) SNAPSHOT 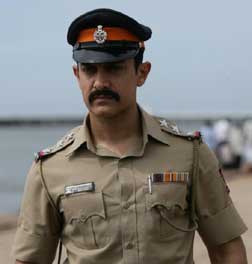 We had tried to avoid spoilers earlier, but we understand readers wouldn't like to read about any references to the climax at all - we have now edited the review to remove any further traces of spoilers.

Cheers
The fullhyd.com Team
chaitanya on 9th Dec 2012, 4:55pm | Permalink
thats great!! really commendable job! :)
connoisseur on 4th Dec 2012, 11:19am | Permalink
As if it's a great movie and revealing the ending would 'spoil' everything...stupid Chaitanya.... it must be a copy of an english or chinese or korean or iraqi or turkish or south african or arabic or french or german or even a siberian movie.... slowly the truth will come out..... remember, the awful Barfi???
reviews rangarao on 11th Dec 2012, 1:44pm | Permalink
babji, there are so many people who dont even know how to copy or remake too.

They are far better than us, atleast trying to get inspire from some thing and using it to get local nativity, if you put ur efforts in doing it then you will come to know that pain.
chaitanya on 9th Dec 2012, 5:01pm | Permalink
barfi was all but orginal...and barfii was not a remake of a single movie..various scenes were copied from different movies...and ur comment is simply missing the point . whta is it to do whether its a remake or not??my concern wasnt that.

ADVERTISEMENT
This page was tagged for
Talaash (Hindi) hindi movie
Talaash (Hindi) reviews
release date
Aamir Khan, Rani Mukerji
theatres list
Follow @fullhyderabad
Follow fullhyd.com on
About Hyderabad
The Hyderabad Community
Improve fullhyd.com
More
Our Other Local Guides
Our other sites
© Copyright 1999-2009 LRR Technologies (Hyderabad), Pvt Ltd. All rights reserved. fullhyd, fullhyderabad, Welcome To The Neighbourhood are trademarks of LRR Technologies (Hyderabad) Pvt Ltd. The textual, graphic, audio and audiovisual material in this site is protected by copyright law. You may not copy, distribute, or use this material except as necessary for your personal, non-commercial use. Any trademarks are the properties of their respective owners. More on Hyderabad, India. Jobs in Hyderabad.