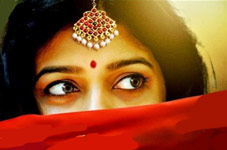 Josh / fullhyd.com
EDITOR RATING
5.5
Performances
Script
Music/Soundtrack
Visuals
6.0
5.0
5.0
6.0
Suggestions
Can watch again
No
Good for kids
No
Good for dates
No
Wait for OTT
Yes
Take a peppy catchy song, and play it at 1.5x slower speed. There is a certain kind of annoyance you're likely to experience - firstly, the annoyance at the drag, and then the annoyance that you are getting annoyed with something that you might have actually enjoyed. When the censor certificate of Tripura showed its duration to be 151 minutes, we knew this was going to be that kind of an experience.

Horror comedies have rather low aspirations and that is just the fact of the matter. Scare a bit, tickle a bit, and smile at the box office. And a hundred minutes is enough for this sort of material. But then when filled with an extra fifty minutes with songs that don't engage, inflated "comedy" that doesn't make you laugh, and "horror" scenes which have nothing to do with the main story, you'll begin to appreciate the analogy in the previous paragraph. And this is a pity because Tripura has a pretty interesting story - something that most horror comedies can't claim.

Varahapuram is a nondescript village tucked away in the countryside, and in these parts, Tripura (Swathi Reddy) is a... um... "dream goddess". We do not mean it in the way that the menfolk of the region lose their sleep obsessing over her (although to Swathi's credit, she does look very pretty in those half-sarees and sarees). On the contrary, it is Tripura's dreams everyone is interested in. Because they all come true eventually.

These prophetic powers of Tripura make her a well-known and revered personality in the region, and her father isn't happy with the attention. In a bid to cure her "illness" she's taken to Hyderabad for treatment at a hospital, where she and a young doctor (Naveen Chandra) fall in love and get married. This doctor, however, is embroiled in the case of a missing colleague who is now dead and haunting his farmhouse. This sets the stage for the scary bits and a little juicy mystery.

After a streak of unimpressive roles, Sapthagiri is actually effective as Tripura's uncle. The laughs are dealt out generously in the first half. Jayaprakash Reddy, Shakalaka Shankar and Preeti Nigam make some attempts at comedy in the second half but the results are middling at best. Pooja (or Misha Ghoshal as she is known elsewhere) and Rao Ramesh are good, except they aren't in large roles.

Swathi plays her role well enough but there's that nagging feeling that she isn't given much to do. Indeed, if a film fails to use Jayaprakash Reddy's comic talents to maximum effect, you can't expect much else from it. This can perhaps be attributed to a failure of writing. It's like once the makers decided they had a good enough story and a willing producer, they chose to relax with the writing, making it rather run-of-the-mill.

Naveen Chandra, too, is given a poorly-written character, but he comes off as a refreshing change from the crop of new actors we see of late. He doesn't look like he failed Standard X boards and is proud of it. Nor does he look like a meek Mr. Goody Two-Shoes who can't have the tiniest blemish on his character. This gives him a substance of personality that can help him play multiple shades. Whether he'll be given such roles is quite a different matter, of course.

Tripura compares well with other horror-comedies of recent times in terms of consistency which lets you invest better in the story. This edge, however, is lost in the dull piecemeal execution. Which is why even a criminally inconsistent Raju Gari Gadhi ends up being more entertaining. If you compare, the best part in that film was the Dhanraj and Shakalaka Shankar duo. They are present in Tripura, too, but to little avail.

When you have a talented cast, good enough production values, and a juicy story to boot, you can make the best of it and make a tremendously entertaining film. Sadly, Tripura is not that film. The positives still play, though. You can catch it if you are in a forgiving mood.
Share. Save. Connect.
Tweet
TRIPURA SNAPSHOT 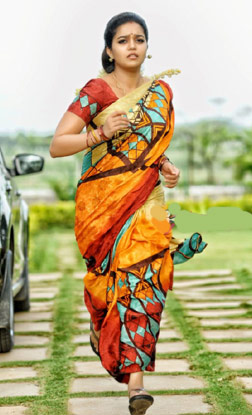 ADVERTISEMENT
This page was tagged for
Tripura telugu movie
Tripura reviews
release date
Swathi, Naveen Chandra
theatres list
Follow @fullhyderabad
Follow fullhyd.com on
About Hyderabad
The Hyderabad Community
Improve fullhyd.com
More
Our Other Local Guides
Our other sites
© Copyright 1999-2009 LRR Technologies (Hyderabad), Pvt Ltd. All rights reserved. fullhyd, fullhyderabad, Welcome To The Neighbourhood are trademarks of LRR Technologies (Hyderabad) Pvt Ltd. The textual, graphic, audio and audiovisual material in this site is protected by copyright law. You may not copy, distribute, or use this material except as necessary for your personal, non-commercial use. Any trademarks are the properties of their respective owners. More on Hyderabad, India. Jobs in Hyderabad.