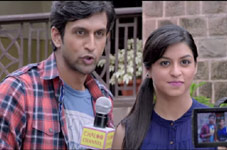 Nupur Barua / fullhyd.com
EDITOR RATING
3.0
Performances
Script
Music/Soundtrack
Visuals
4.0
3.0
4.0
5.0
Suggestions
Can watch again
No
Good for kids
No
Good for dates
Yes
Wait for OTT
No
The increase in the number of inter-caste and inter-regional marriages proves that the new generation does not care much about identity crises. That they leave to their parents, who insist on holding on to their relative ancient beliefs and outlooks. The fact also remains, however, that a marriage is rarely about the two individuals who decide to spend their lives together. Such a serious step has to be vetted by their families, to begin with, and then one is stuck with the in-laws for life (if the marriage lasts).

The main concern that the two fathers in Love Exchange have is that any opposition may lead to drastic consequences. They definitely do not live in a bubble, and are aware of the repercussions of rebellious acts often imposed on their generation by their progenies. The wisest recourse, they decide, is to let their children decide for themselves, or so they think.

To begin at the beginning, Shanno Kapoor (Jyoti Sharma) and Siddharth Sathe (Mohit Madan) are colleagues. Thrown together in various assignments, the two fall in love inevitably and, like most young happy couples, want to marry. Since they are both emotionally attached to their respective families, they seek permission and blessings from them.

The very-Punjabi Mr Kapoor (Manoj Pahwa) and the very-Maharashtrian Mr Sathe (Darshan Jariwala) resent each other the minute they meet. While Kapoor thinks Sathe is too rigid and conventional, Sathe is worried about the influence that the alcohol-swilling Kapoors may have on his presumably innocent son. After some bantering, the two fathers realize that if they do not want their kids to marry each other, they will have to do something about it. After all, the chances are that too much opposition may lead to the pair eloping, and that will mean losing them forever.

So they tell Shanno and Sid that they are willing for this marriage to happen, but have a condition. Each one will have to spend three months living with their prospective in-laws. Basically, a house swap. And thus begins the true test of love, or something along those lines.

Love Exchange is a romantic comedy, in the true sense of the word. The story itself is fun, in a way. Like most comedies, this, too, exploits stereotypes to the core. Being Punjabi, for example, means plenty of booze. No Punjabi in their right mind will respect a person who does not imbibe, or so the movie suggests. On the other hand, Maharashtrians prefer women in sarees, and short clothes are a strict no-no.

The problem with the movie however are the clichés in the dialogues. There is an absolute lack of fresh material, and the film shows how you cannot always rely on age-old jokes of insane parents and tolerant children. The small sequence with a religious man, on sex, is the least funny part of the movie - the irony here is that it was presumably staged to drive home the fact that today's parents are more accepting of their own weaknesses and also those of their children. The ganging up between the two families is slightly forced, and very convenient. And since this is about a couple in love, the superficial treatment of the romance is jarring.

The lead actors are the weakest links in the movie. Both try very hard, but fail to convince you of their sincerity. Mohit Madan recites his lines like nursery rhymes, and Jyoti Sharma tries her best to be cute and bubbly. Manoj Pahwa and Darshan Jariwala, both actors par excellence, are let down by bad dialogues. Neelu Kohli and Shama Deshpande, who play their respective spouses, have relatively little to do, and their talents are wasted. Raju Kher has the unfortunate dubious distinction of always being compared to his brother (Anupam Kher) even in this movie, but he manages to make some impact.

The music is absolutely irrelevant to the story, the production design is a sloppy job, and Love Exchange is on the whole not a film you would want to waste your weekend on. Try Titli, or Main Aur Charles, instead. And if you are in the mood for some romantic comedy that involves families, rent DVDs of the Meet The Parents series.
Share. Save. Connect.
Tweet
LOVE EXCHANGE SNAPSHOT 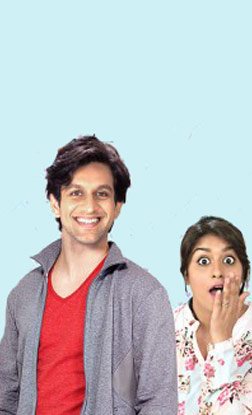 ADVERTISEMENT
This page was tagged for
Love Exchange hindi movie
Love Exchange reviews
release date
Mohit Madan, Jyoti Sharma
theatres list
Follow @fullhyderabad
Follow fullhyd.com on
About Hyderabad
The Hyderabad Community
Improve fullhyd.com
More
Our Other Local Guides
Our other sites
© Copyright 1999-2009 LRR Technologies (Hyderabad), Pvt Ltd. All rights reserved. fullhyd, fullhyderabad, Welcome To The Neighbourhood are trademarks of LRR Technologies (Hyderabad) Pvt Ltd. The textual, graphic, audio and audiovisual material in this site is protected by copyright law. You may not copy, distribute, or use this material except as necessary for your personal, non-commercial use. Any trademarks are the properties of their respective owners. More on Hyderabad, India. Jobs in Hyderabad.