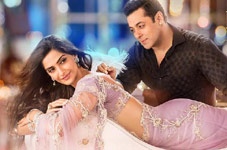 Ravi Kandala / fullhyd.com
EDITOR RATING
4.0
Performances
Script
Music/Soundtrack
Visuals
5.0
2.0
5.0
7.0
Suggestions
Can watch again
No
Good for kids
No
Good for dates
No
Wait for OTT
No
Swara Bhaskar is a decent actress - you surely remember her performance in Raanjhana (another Sonam Kapoor abomination). In Prem Ratan Dhan Paayo, she plays the disgruntled step-sister of Yuvraj Vijay Singh (Salman Khan). In the grand reunion scene, where the misunderstandings between the siblings are washed away, you can see the tears brimming in Swara's eyes. You can see her quivering lips and the effort she's putting into tearing up. But the tears never leave the eyes. They stop short - it is almost as if the emotion in the scene isn't allowing the actress in her to give the shot more than that. And that pretty much explains Prem Ratan Dhan Paayo.

Prem Ratan Dhan Paayo, Sooraj Barjatya latest tradition-filled onslaught, begins with the announcement of the Raaj-Tilak (read coronation) of the prince of Pritampur, Yuvraj Vijay Singh. Just to remind us that we are in a Barjatya movie, we have a journalist telling our prince that the whole tradition and coronation thing look silly to him. And to reinforce the fact that we are in a Barjatya movie, the Yuvraj immediately blurts out this line: "You think following traditions is silly? Why am I wasting time with this joker?"

So the prince has a step-brother, Ajay (Neil Nitin Mukesh), and two step-sisters (Swara Bhaskar and Aashika Bhatia). All of them hate him - while Ajay plots and schemes to kill the prince in co-ordination with the CEO of the estate (Armaan Kohli), the sisters are content with keeping him at an arm's distance and gnashing their teeth whenever he's around. And there's a fiancée, Rajkumari Mythili (Sonam "made up" Kapoor), who hates him and thinks they're the worst match.

Into this, um, royal mess steps Prem Dilwale (Salman Khan), a drama artist from Ayodhya. He's a fan of Rajkumari Mythili's social work - yes, Maithili runs a foundation called Uphaar which does social work. Read Sonam Kapoor alighting from a helicopter in white shirt and blue denim wearing gum boots in a flood-affected area and handing out water bottles and Parle-G biscuit packets and demanding a kiss in return from the poor kids - did we mention that she wears shades throughout?

Coming back to the plot, coincidence and the Diwan of the family (Anupam Kher) conspire to put Prem in the place of the Yuvraj. Prem goes about setting things right in the family - by preaching endlessly about family and values and about how and why the princes and princesses of the world need to have fun.

The film's plot is older than Salman's first film with the Barjatyas, Maine Pyar Kiya. Sooraj cleverly chooses a royal family as the backdrop to the movie - that way he does not have to deal with showing today's youngsters or trying to understand their mindset. Everyone and everything in the movie behaves like they were stuck in those times. Anupam Kher, in a scene where he's supposed to call Salman Khan on stage to deliver a speech, says, "Ab Yuvraj humein apni madhur dhvani se laabhaanvit karenge". Go figure!

It was said about Hum Aapke Hain Kaun that characters in that film would break into a song at the flimsiest of excuses. In this one, they do not even need that flimsy excuse. There are songs every five minutes, and many times you're left wondering if the previous song ended and a new one began or if you're still stuck in the last one. The villainy is comic - the villains mostly sit around wringing their hands and giving you villainous lines.

Acting-wise Salman Khan and Anupam Kher take top honours. The two give a few genuine laugh-out-loud moments that salvage the first half a little. Sonam Kapoor is plastic personified. Deepak Dobriyal tries gamely to make the most of a lame role while the rest ham. And why Armaan Kohli?

Prem Ratan Dhan Paayo runs for an interminable three hours. There are a hundred better things you could do in that time - including spending some time with your family, which will teach you more about family values that watching Prem Ratan Dhan Paayo will.
Share. Save. Connect.
Tweet
PREM RATAN DHAN PAYO SNAPSHOT 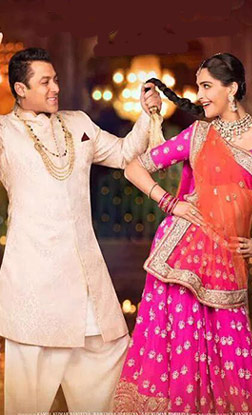 ADVERTISEMENT
This page was tagged for
Prem Ratan Dhan Payo hindi movie
Prem Ratan Dhan Payo reviews
release date
Salman Khan, Sonam Kapoor
theatres list
Follow @fullhyderabad
Follow fullhyd.com on
About Hyderabad
The Hyderabad Community
Improve fullhyd.com
More
Our Other Local Guides
Our other sites
© Copyright 1999-2009 LRR Technologies (Hyderabad), Pvt Ltd. All rights reserved. fullhyd, fullhyderabad, Welcome To The Neighbourhood are trademarks of LRR Technologies (Hyderabad) Pvt Ltd. The textual, graphic, audio and audiovisual material in this site is protected by copyright law. You may not copy, distribute, or use this material except as necessary for your personal, non-commercial use. Any trademarks are the properties of their respective owners. More on Hyderabad, India. Jobs in Hyderabad.