Josh / fullhyd.com
EDITOR RATING
6.0
Performances
Script
Music/Soundtrack
Visuals
7.0
4.0
6.0
6.0
Suggestions
Can watch again
No
Good for kids
No
Good for dates
Yes
Wait to rent it
No
Raju Gari Gadhi is effectively two films in one. There is a horror comedy which goes on simultaneously with a horror thriller. Why, the director (also actor) Ohmkar even manages to squeeze in a social message into the movie. The individual successes of the comedy, the horror and the socially conscious sub-plot are precisely in that descending order. But the scariest thing about Raju Gari Gadhi turns out to be the jarring juxtaposition of these diverse elements.

It begins with a haunted mahal (which is just called mahal - no king's name, no historic epithets, just mahal) which is notorious for churning out dead bodies of the silly gooses who enter it despite knowledge of such notoriety. And then, Maa TV announces a reality show wherein the participants will have to live in the mahal for seven days and anyone who finds the secret behind the mahal will win three crore rupees.

During the course of these seven days, as the seven guys discover things about the mahal, we make a discovery of our own - that the film doesn't care two flying rodents' bottoms about consistency. For instance, people who get petrified after seeing a ghost act relaxed and jovial in the next scene and willingly continue to stay in the mahal despite having soiled themselves in fear just a couple of hours back.

A film can have its own logic. Every fantasy film constructs its own dynamics, and a viewer walking in to a cinema playing such a film makes an implicit agreement that (s)he will not question the film's choice of universe or its rules. But there have to be fixed rules. A guy who walks on water today should be able to do it again tomorrow and not conveniently lose the power because the story demands it. If a film can't achieve this, then we water down our expectations and hope that it rather be entertaining.

That, Raju Gari Gadhi takes care of. It's rib-ticklingly funny in some situations. You have got to watch Shakalaka Shankar and Dhanraj play off each other in some scenes to appreciate the talent. While you might have seen some of their skits in Jabardasth, the excessive frequency of the show makes way for too many lame jokes topped with those annoying sound cues. The good thing about a movie is there is much more effort which goes into a scene of barely three minutes. This effort, both in terms of acting and writing (Sai Madhav Burra writes really funny dialogue), shines through in the comical scenes.

Most of the other actors don't do much. Dhanya has a nice screen presence and Tamil comedienne Vidyullekha is talented, but they both suffer from poor dubbing choices. The Telangana accent doesn't work for Dhanya. Mostly, stressed accents work best when played by people who can speak in that accent. Somebody oblivious to the cultural aspects represented by an accent look and feel out of place when playing it. On the contrary, Vidyullekha seems to have dubbed for herself, and her Tamil accent results in some badly affected Telugu.

The film succeeds only partially with the horror. These scenes are done well with competent cinematography (Gnanam) and some excellent editing (Nagaraj), but you catch on to the lack of seriousness, and a horror film which doesn't make you worry when the ghost is absent doesn't scare so much when the ghost is present. The anticipation is important. Raju Gari Gadhi is too relaxed a film for that sort of, er, consistency.

The score by Sai Karteek doesn't necessarily stand out but he does come up with some nice tunes in the songs. There is some nice choreography, too, in the first song. All put together, Raju Gari Gadhi surely entertains, but only if you lower your expectations adequately. Expect some harmless thrills and substantial laughs, and you'll have nothing to fear.
Share. Save. Connect.
Tweet
RAJU GARI GADHI SNAPSHOT 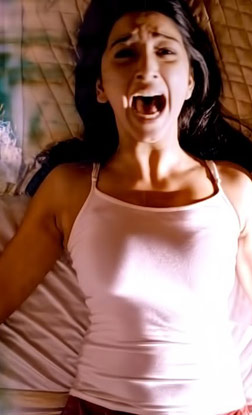 See Raju Gari Gadhi full details
RAJU GARI GADHI USER REVIEWS
1 - 1 OF 1 COMMENTS
POSITIVE  |  NEGATIVE |  NEWEST  |  OLDEST  |  MOST HELPFUL  |  LEAST HELPFUL
Vamsi on 24th Oct 2015, 10:35am | Permalink
Asalu manushulena meeru? Burra unda konchamanna? Raju Gari Gadhi and Kanche both get 6? You give 3 for music in Kanche and 6 for music in this? Are you kidding me? You are probably the people from the other, low in standards, world who hates high standards.. Go to a mental asylum and get your mind corrected! For someone like me, who always comes to fullhyd for reviews, this is a really serious disappointment and you should understand that from my comments thus far!

ADVERTISEMENT
This page was tagged for
Www.telugu.rajugarigadhi2fullmovie
Raju Gari Gadhi telugu movie
Raju Gari Gadhi reviews
release date
Ashwin Babu, Chetan Cheenu
Follow @fullhyderabad
Follow fullhyd.com on
About Hyderabad
The Hyderabad Community
Improve fullhyd.com
More
Our Other Local Guides
Our other sites
© Copyright 1999-2009 LRR Technologies (Hyderabad), Pvt Ltd. All rights reserved. fullhyd, fullhyderabad, Welcome To The Neighbourhood are trademarks of LRR Technologies (Hyderabad) Pvt Ltd. The textual, graphic, audio and audiovisual material in this site is protected by copyright law. You may not copy, distribute, or use this material except as necessary for your personal, non-commercial use. Any trademarks are the properties of their respective owners. More on Hyderabad, India. Jobs in Hyderabad.