X: Past Is Present Review 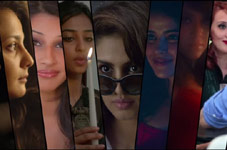 Josh / fullhyd.com
EDITOR RATING
5.0
Performances
Script
Music/Soundtrack
Visuals
7.0
5.0
6.0
6.0
Suggestions
Can watch again
No
Good for kids
No
Good for dates
No
Wait for OTT
Yes
If you didn't already know, X: Past Is Present is a single story made by eleven directors. Yes, eleven. If you were to ask us why, we'd contemplate for a moment before we ascertain that we have not a clue. Fortunately, it isn't eleven people calling the shots on every single scene. The film is sliced into separate portions, each slice baked by a different person. But that doesn't make things very much better.

Rajat Kapoor plays a middle-aged, not-commercially-successful filmmaker who calls himself K, wears shades in nightclubs. One night he is flirting with a petite young woman (Aditi Chengappa). As the night progresses, he recounts his past encounters with women and how he just kept moving from one to another. Each of these encounters, including the one in the present, is directed by a different director.

If you were to eat a cake where you get both banana-walnut and strawberry in a single bite, how would you feel about it? Worse, what if some of these people who baked your cake weren't very good bakers?

Indeed, X: Past Is Present would have benefited from being helmed by one single director. Sure, it's quite a feat for all those separate portions to come together as a single film, but we don't watch films to appreciate feats. Why, there was a Tamil film made in 23 hours and 59 minutes (with 14 directors and 19 cinematographers in the crew) and it holds a Guinness world record for that, but holds no importance to cinema patrons solely on account of not being engaging cinema.

X: Past Is Present suffers from (apart from its tacky title, that is) the tonal shifts of high contrast. While the present day's narrative (directed by Sudhish Kamath) starts off being trippy due to the nightclub atmosphere, every other narrative takes its own path - some of them are mellow, some are jerky, and one is pure pulp. There are substantial cross-referencing edits, and the editors (team led by Sreekar Prasad) do a terrific job in stitching it all together as one guy's mental make-up.

Some of the stories are just too short, and in the bizarre toggling, most of the stories are lost. Among the ones that stay with you is the poetic stretch (directed by Pratim D Gupta) where a girl (Parno Mittra) and a guy inhabit the same room at different times and fall in love via the letters they write to each other (quite like the Telugu film Avunu Vaalliddaru Ishtapaddaru). And the one with a maid servant (Rii Sen) discussing a film script with K who's tripping on MDMA.

And there's that absolutely terrific last story. Written by Thiagarajan Kumararaja (whose Aaranya Kaandam is plain extraordinary) and directed by Nalan Kumaraswamy (whose Soodhu Kavvum is fantastic comic noir), this last portion suddenly pushes the movie from some sort of a film-making course assignment into pulp which jolts you. Anshuman Jha (playing a younger K) does his bit, but it is Swara Bhaskar who practically walks off with the film at this point.

Barring these three stories, none of the others makes an actual impact. Some of them even feel amateurish. Discussing the technical aspects of such a disjointed film is a problem because there's little consistency. You have to admire the sepia tint tones in some scenes but you can't forget the mediocre work in some other parts. The performances are even more haywire with a number of the girls acting very unnatural in front of the camera but the experienced lot doing a great job.

Rajat Kapoor does some fascinating work in the portions he is in, even as a voice actor (many of the stories take place as POV shots, so Kapoor isn't visible in them), but he really can't help the fundamental disconnect in the film. Radhika Apte, Huma Qureshi, Rii Sen and Bidita Bag come up with nice work, and Usha Uthup is there for two scenes but makes her presence felt best in the soundtrack towards the end.

Although it feels aimless and self-indulgent throughout the first half, X: Past Is Present finds some purpose towards the end. However, you'll have to be exceedingly forgiving to sit through the first half waiting for the movie to find itself later on.
Share. Save. Connect.
Tweet
X: PAST IS PRESENT SNAPSHOT 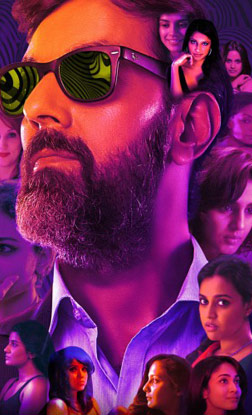 ADVERTISEMENT
This page was tagged for
X: Past Is Present hindi movie
X: Past Is Present reviews
release date
Rajat Kapoor, Anshuman Jha
theatres list
Follow @fullhyderabad
Follow fullhyd.com on
About Hyderabad
The Hyderabad Community
Improve fullhyd.com
More
Our Other Local Guides
Our other sites
© Copyright 1999-2009 LRR Technologies (Hyderabad), Pvt Ltd. All rights reserved. fullhyd, fullhyderabad, Welcome To The Neighbourhood are trademarks of LRR Technologies (Hyderabad) Pvt Ltd. The textual, graphic, audio and audiovisual material in this site is protected by copyright law. You may not copy, distribute, or use this material except as necessary for your personal, non-commercial use. Any trademarks are the properties of their respective owners. More on Hyderabad, India. Jobs in Hyderabad.