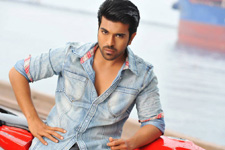 Kritika Deval / fullhyd.com
EDITOR RATING
6.0
Performances
Script
Music/Soundtrack
Visuals
5.0
4.0
5.0
6.0
Suggestions
Can watch again
No
Good for kids
No
Good for dates
No
Wait for OTT
Yes
Before we begin with the review, we have to ask the makers one thing: is there a black market out there for ID-less hospital runaways? Our hero, the same day as he wakes up from a 10-month coma after a complex plastic surgery (Note to commenters: No need to get violent. This is not a spoiler. It's just how the movie pretty much begins), which presumably leave all his IDs invalid even if he had them, manages to procure a kickass looking sports bike, a camera whose price must be over 60 grand, a jacket we put at around 20k, and a cool new pair of Aviator shades; all with nothing on him but the clothes with which he was admitted into the hospital.

You need to make this kinda thing public knowledge. It is simply not fair to the millions of others in similar situations who have to do tedious things like wait for families to show up, go through official channels to have their IDs changed before they can get their hands on their resources, and... well, stuff... (We don't feel competent to add more, and invite those who've had a new face put on theirs to give us more examples.)

Also, why was he still in the same filthy clothes as when he was brought in? He probably shoulda been in a blue hospital nighti... oh, wait. Sorry, it was stupid of us to assume that logic even has a place in the face of our hero's all-encompassing manliness.

There, now that we've gotten a step ahead in having our burning curiosity satisfied, we can get on with telling you how you'll like Yevadu. And, to be honest, you will like it, insofar as you can like a movie with a severe case of identity crisis. After all it's a film based on the premise that nobody knows who's who. The film itself can't make up its mind whether it wants to be Chirutha or Vikramarkudu or Pokiri or..., the list of its "other"-s is too long.

The personalities aside, it's actually pretty fun the way Paidipally (the director) has made them all work together. He doesn't bother working with clever repartee. He just dives head on into the story. In fact, each of the sentences uttered in the film contains not more than four words, and is designed solely for the amplification of grandstanding.

The story is this. Deepa-Sathya (Kajal Aggarwal - Allu Arjun) are a young, bright and shiny couple with their whole lives ahead of them, until the moment Deepa catches the eye of Dheeru Bhai (Rahul Dev), Vishakapatnam's laughably libido-ridden don. Long 15 minutes short, the couple's future burns down to cold ashes in the face of the bhai's testosterone-y rage, and all that is left of it is Satya, face burnt beyond recognition, but with his will to live intact.

Half a minute later, he's in Apollo Hospital Hyderabad, getting a makeover by an apparently demented Jayasudha. Ten minutes later, he's run away from the hospital, made his way back to Visakhapatnam, and somehow managed to procure all the goon-hunting equipment mentioned above. Also, lest we forget to mention it, Sathya is now Ram (Ram Charan Tej), much to the chagrin of our still-under-recovery tympanums (or is it tympani?).

Imagine our surprise, then, that within an hour of the movie beginning, Dheeru Bhai and his posse is dead meat. No, really, what the hell is our vengeful hero to do, now that there's no more venging to be fulled?

Our perplexity lasted only until a random gang starts shooted at Ram, which he demolishes, utterly. We knew then that we should have had more faith in our monoliths and their ability to play with our credulity like it were putty. And so should you.

Ram Charan Tej puts up a valiant effort at acting, and falls just shy of the actual deed. He does brood appropriately, so that's good. Then, too, of course, he dances as well as he fights, both of them pretty well. Also backing him up are the utterly clumsy references to his family, lest his fans forget for even a second the seed from which this Cherry (heh) has sprung forth.

The girls are all lovely, but are pretty much relegated to being villain-bait. It's Ram Charan Tej and the villains who have the most to do, and the villains at least are having a good time.

The cinematography is okay, but the editing could've been snappier. Seriously, if all the slo-mo scenes had been real-timed, the movie would've ended an hour earlier. The music, you've probably already danced to at a club or a wedding, so you know it's all catchy if not transcendental.

All in all, you know what to expect from your stars - a fun couple of hours where your logic can go to sleep. And that you have in Yevadu.
Share. Save. Connect.
Tweet
YEVADU SNAPSHOT 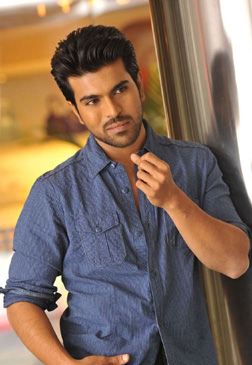 See Yevadu full details
TOP COMMENT
NotAFanOfAnyone on 18th Jan 2014, 12:07am | Permalink
After reading FullHyd reviews on '1' and 'Yevadu', I've completely lost faith on this site.
7
0
YEVADU USER REVIEWS
1 - 8 OF 8 COMMENTS
POSITIVE  |  NEGATIVE |  NEWEST  |  OLDEST  |  MOST HELPFUL  |  LEAST HELPFUL
Rahul on 26th Jan 2014, 3:56am | Permalink
Kritika, I think you missed a key aspect that is reflected in the first paragraph. Your questions on how the hero was able to procure bike, shades etc., is straight forward. Till the hero reaches Vishakapatnam, he is shown in the same attire. Once he reaches Vishakapatnam from Hyderabad, he goes to his house and has access to his stuff (remember, Allu Arjun uses the same bike in the previous shots). It is surprising that you missed something as simple as this and harp on the flawed logic in the first paragraph. The movie is badly made and routine, but, the reviewer missing some crucial points is strange.
NotAFanOfAnyone on 18th Jan 2014, 12:07am | Permalink
After reading FullHyd reviews on '1' and 'Yevadu', I've completely lost faith on this site.
vishwa on 17th Jan 2014, 2:04pm | Permalink
kritika deval, reviewer of this movie gave ratings as 5,4,5,6. so if u add up u get 20 and divided by 4 is equal to 5. Then how the hell u gave overall rating as 6?? That tells how sense less u are and ur review/rating.
Krishna on 17th Jan 2014, 1:11am | Permalink
You can compare the reviews of 1 and Yevadu
Khambham on 14th Jan 2014, 10:38am | Permalink
Ramcharan Teja? Really? This guy after all that street fighting still makes movies & people go to watch them? Is it possible to give -ve stars? What is with these ratings? Why the hell can't they be negative? Is it a universal law that ratings have to be a positive integer with a range between 1 & 10? Haven't you guys studies mathematics?
Ankit on 14th Jan 2014, 4:42pm | Permalink
Haven't you "studies" Engliss?
Ramesh on 13th Jan 2014, 11:39am | Permalink
Ramcharan doesnt know acting but he still makes Saradhi to watch his movie, Saradhi can you ask your god why? Fullhyd, who is Ram Charan Teja??? he's just Ram Charan
Saradhi on 13th Jan 2014, 12:48pm | Permalink
Unfortunately I was forced to go because of my friends who booked the ticket. I watch his movies on TV only which is more than sufficient for him. In all his movies I liked Magadheera that to because of visual effects and direction. Else there is nothing to watch in his movies.
Saradhi on 12th Jan 2014, 10:14pm | Permalink
Ramcharan is unbearable on screen. God somebody teach acting to him. See Mahesh in "one-nenokkadine" and see Ramcharan in this movie. You can easily find who is an actor.
movie lover on 15th Jan 2014, 3:42pm | Permalink
mahesh is single take artist...ramcharan is single expression artist
saradhi on 17th Jan 2014, 4:39pm | Permalink
Fantastic comment. I agree with you.
bharat on 12th Jan 2014, 9:00pm | Permalink
U ridicule this movie and giv it 6.0 but find no fault in nenokkadine yet giv it 5.0...it shud hav been the other way around,no?
LEAVE A COMMENT
fullhyd.com has 700,000+ monthly visits. Tell Hyderabad what you feel about Yevadu!
MORE MOVIES
Latest Reviews
Pakka Commercial
Rocketry (Telugu)
Rocketry (Hindi)
Shikaaru
Elvis
more
Sammathame
Jugjugg Jeeyo
Godse
Nikamma
Virata Parvam
Ante Sundaraniki
Janhit Mein Jaari
Jurassic World: Dominion
Jurassic World: Dominion (Te...
Jurassic World: Dominion (Hi...
Contemporary Reviews
Karle Pyaar Karle
American Hustle
Carrie
Miss Lovely
Jack Ryan: Shadow Recruit
more
Paranthe Wali Gali
Love Life
Yaariyan
Dedh Ishqiya
1 Nenokkadine
Vintha Katha
47 Ronin (Telugu)
47 Ronin (Hindi)
47 Ronin
Random Reviews
Bachi
Crossroads
Nanda
Looney Tunes - Back In Actio...
Mr & Mrs Smith
more
Nijam
300 - The Movie (Hindi)
Nenu Meeku Telusa?
Dulha Mil Gaya
Drive Angry - 3D (Telugu)
Action Jackson
Tuntari (2016)
Simran
Dumbo (Telugu)
Morbius
SEARCH MOVIES
Dissatisfied with the results? Report a problem or error, or add a listing.
ADVERTISEMENT
SHOUTBOX!
{{todo.name}}
{{todo.date}}
[
ip{{todo.ip}}
]
{{ todo.summary }}... expand »
{{ todo.text }} « collapse
First  |  Prev  |   1   2  3  {{current_page-1}}  {{current_page}}  {{current_page+1}}  {{last_page-2}}  {{last_page-1}}  {{last_page}}   |  Next  |  Last
{{todos[0].name}}

ADVERTISEMENT
This page was tagged for
yevadu fereedom peeds dawnlod
yevadu cast
????? ????? ????
????? ????? ????
yevadu telugu movie reivew
Follow @fullhyderabad
Follow fullhyd.com on
About Hyderabad
The Hyderabad Community
Improve fullhyd.com
More
Our Other Local Guides
Our other sites
© Copyright 1999-2009 LRR Technologies (Hyderabad), Pvt Ltd. All rights reserved. fullhyd, fullhyderabad, Welcome To The Neighbourhood are trademarks of LRR Technologies (Hyderabad) Pvt Ltd. The textual, graphic, audio and audiovisual material in this site is protected by copyright law. You may not copy, distribute, or use this material except as necessary for your personal, non-commercial use. Any trademarks are the properties of their respective owners. More on Hyderabad, India. Jobs in Hyderabad.