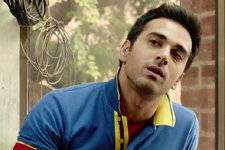 Nupur Barua / fullhyd.com
EDITOR RATING
5.0
Performances
Script
Music/Soundtrack
Visuals
6.0
4.0
6.0
7.0
Suggestions
Can watch again
Yes
Good for kids
No
Good for dates
Yes
Wait for OTT
No
"Fukrey" is actually pronounced with a "ph", as in "phool". Spelling it with an "F" gives it an edge over other movies, one assumes, although the producers have had a difficult time telling people how to say it, if news articles over the past few months are to be believed. The word is a north-Indian / Hindi one, and it means cheap/broke/wasted/useless.

And that is what the four boys in the movie are. There is Hunny (Pulkit Samrat), who, along with his best friend Choocha (Varun Sharma), has flunked his 12th standard more than a couple of times. These overgrown kids in their filled-out school uniforms want to enrol in the fanciest college in the city, but they have neither the money nor the merit.

Lali (Manjot Singh) has a similar aspiration, given that his rather fast girlfriend studies there. His father, a famous sweetshop owner, does not empathise with his son's need for further education, though.

Hunny, Choocha and Lali try to suck up to the gatekeeper of the college, Panditji (Pankaj Tripathi), who in turn introduces them to a struggling musician Zafar (Ali Fazal), who hangs around the college campus. Zafar's father is in hospital, and he is desperately in need of some fast cash.

Hunny has a plan - one that has worked before. Zafar suggests that to implement the plan, they go to Bholi Punjaban (Richa Chadda), the Don of the area.

The fact that a street smart Bholi is willing to fall for the half-baked scheme is the one of the many hiccups in the screenplay. She runs email scams and brothels from her house, but she does not blink before investing her money - this defies logic. Of course, Lali leaves his father's property papers with her as a guarantee, and she later holds Choocha hostage, but for somebody who is set up as the ultimate menace to society, she does seem a little naive.

Nothing much happens in the movie for a while, except numerous instances that prove that the young men are losers. The comedy wears thin after a point, and the characters become redundantly repetitive in their dialogues and actions.

However, some of the situations and the one-liners save the movie from becoming a snooze fest - of course, the comic timing of the actors have a lot to do with it. The conclusion of the story seems incomplete, and rather far-fetched, but at least you leave the theatre with a smile on your face.

Pulkit Samrat, after Bittoo Boss, is cocksure and arrogant as Hunny. His character does not have a definitive graph, but as an actor, he rules the screen with his attitude.

Varun Sharma is irritating in parts, but he has a tremendous sense of comic timing. Ali Fazal looks intense and serious throughout, and Pankaj Tripathi is the comic relief in this comedy - he does a commendable job.

Manjot Singh is a breath of fresh air. His character, Lali, is the well-etched one in the movie. It is impossible to take your eyes off him, and you find yourself rooting more for him than for any of the other characters.

Vishaka Singh, who plays a lecturer, is promising. In fact, she stars in another release this weekend - The Ankur Arora Murder Case. Priya Anand, who played Sridevi's niece in English Vinglish, is overshadowed here, and sulks most of the time.

The cinematography and the production design are realistic and well-shot. There are no landscape scenes and grand entries - this is a Delhi that most people know but ignore because it is not glamorous enough. The costumes blend right in with the setting, and there is nothing that is jarring to the eyes, including the rave sequence (which seems rather forced).

Ram Sampat's music does not do justice to his reputation, although Ambarsariya, sung by his wife Sona Mahapatra, is already a popular number. The title song, Fukrey, does not feature in the movie, but Jugaad plays in the background often. The editing lacks crispness, which then makes the movie slightly tedious.

In all, Fukrey is a fun movie, although the makers have tried too hard to make it realistically comic.
Share. Save. Connect.
Tweet
FUKREY SNAPSHOT 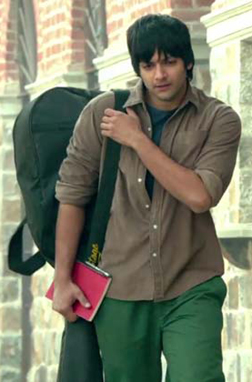 ADVERTISEMENT
This page was tagged for
Fukrey hindi movie
Fukrey reviews
release date
Pulkit Samrat, Manjot Singh
theatres list
Follow @fullhyderabad
Follow fullhyd.com on
About Hyderabad
The Hyderabad Community
Improve fullhyd.com
More
Our Other Local Guides
Our other sites
© Copyright 1999-2009 LRR Technologies (Hyderabad), Pvt Ltd. All rights reserved. fullhyd, fullhyderabad, Welcome To The Neighbourhood are trademarks of LRR Technologies (Hyderabad) Pvt Ltd. The textual, graphic, audio and audiovisual material in this site is protected by copyright law. You may not copy, distribute, or use this material except as necessary for your personal, non-commercial use. Any trademarks are the properties of their respective owners. More on Hyderabad, India. Jobs in Hyderabad.