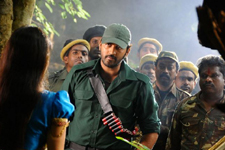 Pranita Jonnalagedda / fullhyd.com
EDITOR RATING
2.5
Performances
Script
Music/Soundtrack
Visuals
2.0
2.5
5.5
4.0
Suggestions
Can watch again
No
Good for kids
No
Good for dates
No
Wait to rent it
No
For a film that has a nearly empty theatre on the first day, Ishta Sakhi actually starts off alright. And just at the time when you have decided to raise your hopes a notch higher, the movie starts to go astray.

Before going into those details, let's start off with the story. The film is about three friends - Sriram (Sriram), a painter, Varun (Varun), a singer, and Bhaskar (Bhaskar), a poet - who do nothing other than go to college and dance around girls. In the midst of all the dancing, Sriram's girlfriend dumps him for a guy with "more money in his pocket".

Depressed, he makes alcohol his companion, and his friends chalk out a plan to rescue him. They decide that Bhaskar will write a song, and that Varun will set it to tune. They ask Sriram to paint whatever he "feels" from the lyrics and music. The result is a breathtaking painting of a beautiful woman, who they decide to name Ishta Sakhi, and hence the title of the film.

But then their Ishta Sakhi, Anu (Anu Smruthi), is a real person. Each of the boys meets her at different places, where she is embroiled in different problems - in one instance, goons are chasing her, in another, she is stuck in a face-off between a student union and the police, and so on. But the damsel in distress need not worry, as she has not one but three knights on the shining bikes, ready to save her.

And finally, by coincidence, our dream girl becomes their classmate in college. The 3 boys vie for her, and try to make her fall in love with them. They decide that there will be no hard feelings if she reciprocates the feelings of any one of them.

But Anu has her own set of problems, and is oblivious to all their attempts - 1. She's a widow. 2. There is some reason goons were chasing her.

What is her story? Will she finally fall for any of the 3 blokes? These questions are answered in the rest of the story.

While the first half, though utterly meaningless, seems to have some aim and direction, the second half moves to a different world altogether, and it becomes so boring that you feel like you are watching paint dry. Ishta Sakhi is a low-budget execution of a half-baked script. The fact is that the script is just a drop in the bucket of flaws.

The "heroes" do their job (sing, paint, and write poems) only the one time when they create Ishta Sakhi, and that's about it. There is no depth to their characters, and even by the end of the film, you don't see a connect.

Speaking of the cast, all the performances indicate a lack of basic backstage effort. The cast, a set of newcomers, isn't able to do much. Ditto with the supporting cast, that is sprinkled with unidentifiable faces. The actors embarass you with their expressions at times, especially Sriram, whose idea of expressing seriousness is to look as if a nail is being hammered into his hand. His other expressions are just as embarrassing. Also, 100 years of Indian cinema, and our directors are yet to learn that a girl with a beautiful face doesn't ensure good acting capabilities.

However, Ajay and Srihari are among the better performers. Ajay's portrayal of a naxalite (yes - this is the same movie we are talking about) is perhaps the best in the entire movie.

The film's key asset is its music. The songs blend quite well into the story. Also, interestingly, for a movie like this, where the cast is mediocre, the producers seem to have spent an arm and a leg for the locations, which look fresh and pleasing.

Overall, the film is languid and drifting. However, before we wrap up with the review, here are 2 interesting Ishta Sakhi facts you should know. One - late actors Srihari and AVS play brief roles in this film; this is probably the last release for both the actors. Two (and this may interest you less than it interests us) - we got to watch the movie with the entire cast of the film.
Share. Save. Connect.
Tweet
ISHTA SAKHI SNAPSHOT 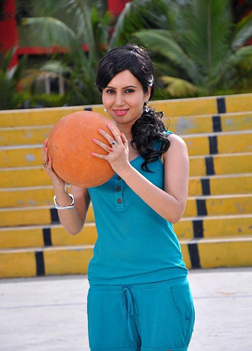 ADVERTISEMENT
This page was tagged for
Ishta Sakhi telugu movie
Ishta Sakhi reviews
release date
Varun, Sriram
theatres list
Follow @fullhyderabad
Follow fullhyd.com on
About Hyderabad
The Hyderabad Community
Improve fullhyd.com
More
Our Other Local Guides
Our other sites
© Copyright 1999-2009 LRR Technologies (Hyderabad), Pvt Ltd. All rights reserved. fullhyd, fullhyderabad, Welcome To The Neighbourhood are trademarks of LRR Technologies (Hyderabad) Pvt Ltd. The textual, graphic, audio and audiovisual material in this site is protected by copyright law. You may not copy, distribute, or use this material except as necessary for your personal, non-commercial use. Any trademarks are the properties of their respective owners. More on Hyderabad, India. Jobs in Hyderabad.