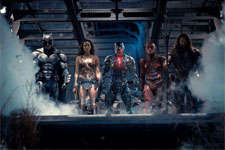 "Alright men, Marvel made The Avengers, but we are coming off the incredible Dark Knight trilogy. If they have jokes - we have grit. Let's stop calling Superman by his name and Nolan-ise him."

Someone in that boardroom said, "Sir, we don't have Nolan directing this."

He was hurled out of the 126th floor soon after.

After Man Of Steel:

"Wasn't Nolan's grit what people wanted? Why is this movie divisive? And what is it with people cribbing about Superman destroying property and not smiling?" Sitting in a dark corner, Zack Snyder quietly said, "We revise history in Batman vs Superman".

After Batman vs Superman:

"Zack what have you done? 27% on Rotten Tomatoes? We have to blame critics now. Why couldn't you add some colour, humour and coherence to your gorgeous shots, damn it? Well, people seem to like our Suicide Squad trailer at least. Hire that trailer company to edit it."

"That's it, we're done. I fire you, I fire myself, I fire the trailer company, and I fire my dog for being in my vicinity. Who is that woman directing Wonder Woman? Let her just do what she wants. A female-led superhero film. *effeminate giggles* It's not like anyone is going to watch that."

"Oh sh*t! Hire unemployed Joss Whedon. More Wonder Woman and, uh, more jokes? And we do all this in two hours or less, because reasons."

Some other guy said, "Sir, we have 4 new characters to introduce. Can we do that and tell a compelling story in 2 hours?"

Now that guy is dangling by his feet from the 126th floor, and it is up to you all to go watch this movie and save his life.

Justice League, while messy, is the logical conclusion of the DC film universe that quite likely originates from Batman Begins. It is the culmination of many years of superhero filmmaking in general and reactionary filmmaking in particular.

In this latest instalment of the adventures of The Bat of Gotham (Ben Affleck) and The Princess of Themyscira (Gal Gadot), we find them hastily recruiting all those super-powered humans featured in Lex Luthor's QuickTime videos from Batman vs Superman. While The Bat stays busy and The Man of Steel (Henry Cavill) stays dead, an otherworldly entity only known as Steppenwolf (not the band) played by Ciaran Hinds is busy destroying the worlds of Amazons, Atlantians and Humans in search of his Mother Boxes.

With relative convenience, the film anoints the latter as the unstoppable force, and the immovable shield - er, league - trying to stop him has three unwilling heroes, one aging rich guy and one immortal Amazon who is clearly overmatched. Do Earth's mightiest heroes have a snowball's chance in hell of stopping this poorly-rendered CGI monstrosity before Earth is annihilated?

Well, you know they do because we have films with these characters planned till 2020. But how they do it is what we paid cold hard cash to see. The key points here:

1. The movie's first half is both slow and rushed. This can be attributed to some poor editing and the fact that we have four new characters to introduce and develop while also needing to set a believable plot in motion. However, once the primary characters have been established and the flimsy plot gains momentum, their interplay, clearly defined powers and power levels make for a few brilliantly conceived action set pieces and banter where each member of the team has a specific contribution. Marvel may need to take some notes, and I'm trying so hard to not spoil a genuinely jaw-dropping set piece at the hour and ten-minute mark.

2. The script is an unholy fusion of Snyder-dull and Whedon-charm. The tone, in both colour and narrative, is inconsistent. The weak villain and his dragonfly-inspired henchmen do not help the cause. However, when the film picks a side and runs with it, a near 40-minute third act feels like a run with The Flash - funny, entertaining, and leaves you asking, "So much happened there, what did I miss?"

3. Tagging along with The Flash (Ezra Miller), the rendering of his Speed Force is a sight to behold, and almost puts QuickSilver to shame. However - there is no nice way to say this - so much more of the CG work is awful. From Henry Cavill's erased moustache to Cyborg's (Ray Fisher) Iron Man-prototype of a body, work in a film with a production budget of $300 million needs to look better.

4. The movie abandons those exquisitely composed original themes for each of the superheroes in exchange for poor rehashes of the 1982 and 1989 Superman and Batman themes. However, Gal Gadot, Jason Momoa (Aquaman), Ezra Miller, Ben Affleck and, surprisingly, Henry Cavill carry the film and its many flaws squarely on their charming shoulders and smiles, making you believe that with a half-decent script and their undeniable talents, you are in for some good times ahead.

5. Finally, this is one of those structurally bad movies that is a sight to behold. What it lacks in a singular identity, it more than makes up for in personality and sheer charisma.

With all that said, some of what this movie manages to achieve and what it alludes to for the near future are truly spellbinding and tantalizing, respectively. It is no better or worse than your run-of-the-mill superhero fare. That voice inside your head that says watching The Justice League on screen needs to be more epic than this, has a reason to exist. The film is more a stop for fuel on the way to Warner Bros Movie World than the magical destination itself. Now that I've eaten my cheap burger and awesome fries, and filled my tank with fuel, I'll patiently wait to have my mind blown when we get where we need to go.
Share. Save. Connect.
Tweet
JUSTICE LEAGUE SNAPSHOT 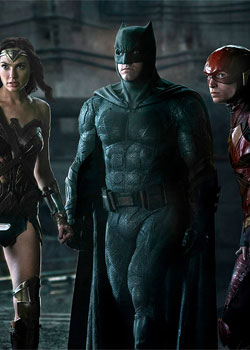 See Justice League full details
JUSTICE LEAGUE USER REVIEWS
1 - 2 OF 2 COMMENTS
POSITIVE  |  NEGATIVE |  NEWEST  |  OLDEST  |  MOST HELPFUL  |  LEAST HELPFUL
USER RATING
7.0
1 USER
Performances
Script
Music/Soundtrack
Visuals
7.0
6.0
5.0
6.0
Can watch again - Unsure
Good for kids - Yes
Good for dates - Yes
Wait for OTT - No
The Common Movie Goer on 20th Nov 2017, 2:27am | Permalink
Finally, someone who had the same experience I did. Man, this movie did not deserve a 36% on RT. People are laughing when I say this but this was better than Ragnarok. Ragnarok was poorly paced and poorly written for the most part.

The moustache and CGI were the worst parts of the movie. Whedon's work is obvious but, judging by some YT videos, he did get rid of a lot of good stuff. I was willing to forgive the tonal inconsistencies due to the decent pacing and team chemistry.

Henry Cavill gets a lot of criticism, but I like him as much as Christopher Reeve and Brandon Routh (love Superman Return to death, especially his chemistry with Kate Bosworth).

The only thing I disagree on with you is Flash vs. quicksilver. Looking at the traileres, I thought Ezra Miller was going to be cringy but he is definitely the life of the film. However, there is no way anyone is going to beat the Quicksilver set pieces. Those are the bomb.

Let's hope The Last Jedi is going to be a 10.0. Who am I kidding, it's going to be a 100.0 for me. I even love the prequels for crying out loud (I saw them first, so...).
RATING
7
TJ Reddy on 20th Nov 2017, 10:46am | Permalink
Man mainstream critics bandwagon a lot. Because negatively reviewing Marvel gets severe backlash, they don't do it. They hold on to all those criticisms and dish it out on DC. I mean I like BvS and Civil War to the same level. neither is better or worse in terms of pure storytelling. Both are flawed.

I feel this film is unfairly targeted. The scores are ludicrous. I like this more than Ragnarok too and that maybe because of my decades-long connection with Batman or maybe its because its more fun.

And yeah, seems like Whedon and most importantly the studio who mandated the film be under 2 hours cut a chunk out of the film. I'm waiting for the director's cut.

Henry Cavill is perfectly decent in his role and Wonder Woman is this universe's smiling beacon of a girl scout. It's fine. Fandom creates some idiotic reasons for divide.

What The Flash has over him is the fact that there is another being who can match him. You know the scene I'm talking about. No X-Men scene is matching that. The Marvel Quicksilver was laughably bad though. The fastest being in the universe can't outrun bullets. Give me break.

ADVERTISEMENT
This page was tagged for
Justice League english movie
Justice League reviews
release date
Ben Affleck, Henry Cavill
theatres list
Follow @fullhyderabad
Follow fullhyd.com on
About Hyderabad
The Hyderabad Community
Improve fullhyd.com
More
Our Other Local Guides
Our other sites
© Copyright 1999-2009 LRR Technologies (Hyderabad), Pvt Ltd. All rights reserved. fullhyd, fullhyderabad, Welcome To The Neighbourhood are trademarks of LRR Technologies (Hyderabad) Pvt Ltd. The textual, graphic, audio and audiovisual material in this site is protected by copyright law. You may not copy, distribute, or use this material except as necessary for your personal, non-commercial use. Any trademarks are the properties of their respective owners. More on Hyderabad, India. Jobs in Hyderabad.