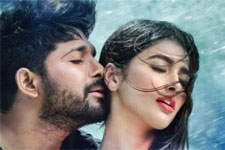 EDITOR RATING
6.0
Performances
Script
Music/Soundtrack
Visuals
8.0
5.0
5.0
8.0
Suggestions
Can watch again
No
Good for kids
Yes
Good for dates
Yes
Wait to rent it
Yes
First, there's the kind of star that doesn't really need a director to get his film to bust blocks. Then there's the kind of star whose block-busting is dependent on a director. There's also the kind that no director can really help but will continue to be stars because their dads and uncles and granddads busted enough blocks to own the mines. But, thankfully, we don't have to go that far with Allu Arjun. All we have to say is he needs a director.

Harish Shankar is not that director, however. His influences for DJ are pretty clear and simple. And underworked.

Influence #1: There's Gentleman and Aparichithudu in the way an orthodox and innocuous Brahmin bloke (Allu Arjun with characteristic energy and playfulness) leads a second life that's both unorthodox and dangerous.

Duvvada Jagannadham, as is evident from the trailer, is a Brahmin chef on the one side where he's concerned about asafoetida in Pulihora and its message to civilised society. On the other side DJ, as is imminent in these movies, fights crime as some sort of an undercover police agent. In this scenario, which is roughly as implausible as Sri R Narayana Murthy succeeding Daniel Craig in the James Bond franchise, DJ locks horns with construction scamster Royyala Naidu (Rao Ramesh, pleasantly giving a dark turn to one of his father's most memorable roles).

But you see, Gentleman and Aparichithudu spend a good part of their runtime convincing you of their protagonists' providence. DJ gives you two scenes in the beginning which you'll miss if you enter the cinema even a cigarette break late. And even if you forgo that cigarette, you will forget these scenes by the time you think of your next fag.

Speaking of cigarette breaks, in every song sequence, DSP's music relentlessly pushes you to stick a cigarette butt in your hand while Allu Arjun's moves valiantly strive to get you to stick your own butt to your seat.

But that's besides the point. The point is Viswaroopam (Influence #2) spent 30 minutes on establishing Kamal Haasan as a feminine wuss. Then another 7 minutes or so on him being beat up by the goons during which time his manhood gets questioned, too. All of which makes his flash transformation into a murder machine that much satisfying.

DJ has a similar scene where he gets roughed up by goons trying to extract information from him. He bleeds and coughs and plays meek until he finally starts raging, but the payoff is scarce since the build-up to the scene is scant. Allu Arjun is no Kamal Haasan. However, he can still stand his own. More pressingly, though, Harish Shankar as a writer-director is no Kamal Haasan. The scene, like the rest of the film, is a bare impression of what it should have been.

Speaking of bare impressions, we find opportunity to talk about the heroine, Pooja Hegde. Unable to act or dance (which becomes all the more obvious with Allu Arjun ripping the dance floor around), she barely makes an impression. Unless she goes bare, of course. She's really impressive in that one bikini scene where she rises out of a swimming pool and there's her ******* *** ****** *** ***** ** **********ing close-ups. It can be quite frustrating, though, because of the censoring in that scene. It must be even more frustrating for the producer watching his money get blurred out like that.

Moving on now, when you remove the motive out of a story and the punch out of a mass scene and the pixels out of a bikini scene, what becomes the sole consolation for the hallowed prekshaka devullu (viewer gods - true translation) is the comedy. Which brings us to Adhurs (Influence #3) .

There is something legendary in NTR's concern about Brahmanandam's discussion with Saleem about Haleem. The legend only gains magnificence from Brahmi's later preoccupation with punditry and pot bellies. Adhurs may very well be a wholly forgettable flick if it weren't for that singularly well-worked-out and superbly performed comic stretch.

DJ, then, has no comparable stretch. It has frequently funny lines and situations (a particular Pedarayudu parody is hilarious), but nothing that really lives up to its influence.

But Allu Arjun and Rao Ramesh soldier on.

Both protagonist and antagonist duel in this absurd cat-and-mouse game with a keen earnestness that's rather satisfying. It's all bizarre and frustratingly underdone, but their performances still make the sale. Also, Subbaraju as Royyala Naidu's son is delightful in his buff goofiness. Given that all these parties speak a common language, there's the benefit of their being able react to what's being said. And in Rao Ramesh's quirkiness, we see a performance that no north-Indian villain can cook up.

Everybody wants a blockbuster. Harish Shankar's recipe doesn't quite work, though. However, he tries to make up with good casting, great technicians (Ayananka Bose's cinematography has the ability to make any frame look like it's springtime in a valley of flowers), and wannabe clever writing. And with those performances and that stardom, even if the film may not be a blockbuster, we can be sure you'll not find it to be a bollockbuster.
Share. Save. Connect.
Tweet
DJ - DANGEROUS JAANBAAZ SNAPSHOT 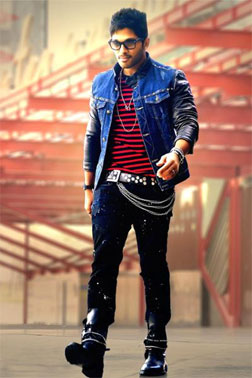 ADVERTISEMENT
This page was tagged for
dangerous jaanbaaz download
Dj review in hindi
dj dangerous jaanbaaz full movie in hindi
download dj dangerous jaanbaaz dubbef
dangerous jaanbaaz full movie in hindi dubbed download
Follow @fullhyderabad
Follow fullhyd.com on
About Hyderabad
The Hyderabad Community
Improve fullhyd.com
More
Our Other Local Guides
Our other sites
© Copyright 1999-2009 LRR Technologies (Hyderabad), Pvt Ltd. All rights reserved. fullhyd, fullhyderabad, Welcome To The Neighbourhood are trademarks of LRR Technologies (Hyderabad) Pvt Ltd. The textual, graphic, audio and audiovisual material in this site is protected by copyright law. You may not copy, distribute, or use this material except as necessary for your personal, non-commercial use. Any trademarks are the properties of their respective owners. More on Hyderabad, India. Jobs in Hyderabad.