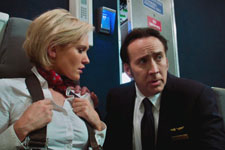 Kritika Deval / fullhyd.com
EDITOR RATING
3.0
Performances
Script
Music/Soundtrack
Visuals
4.5
2.0
6.0
5.0
Suggestions
Can watch again
No
Good for kids
No
Good for dates
No
Wait to rent it
No
No matter your religious affiliation, the Biblical version of the Apocalypse is definitely one you want to watch, if not experience firsthand. What's not to like about a small fraction of morally ambiguous, or downright crap-headed, people left to hash out their differences on this measly bit of rock we call home after God has decided it's time to reclaim all of his good creations?

On one hand, what this film is saying is something that mainstream news has kept us from truly believing no matter how badly we have wanted to - that most of the world's evil is caused by a relatively small number who are just really good at screwing things up for a majority of the people. On the other, it capitalizes on the world's current obsession with characters that aren't quite sure whether they are good or bad.

None of this, though, manages to make Left Behind what it should have been - at the very least a movie that should have turned out good despite its worst intentions.

Let's get done with the story first. Left Behind is a remake of a 2000 (year) movie of the same name which was only fractionally better than the Nicolas Cage-helmed version we were, erm, left behind with. Rayford Steele (Nicolas Cage) is a married man who isn't picked for the Rapture as he isn't very good at being married (read: is a lifetime member of the Mile High Club). The Rapture, for those too lazy to Google, is an apocalyptic event where those who have been faithful to God (aka the Flying Spaghetti Monster, R'amen!) and have truly repented vanish off of the face of the planet leaving the slave traders and the mean old lady who nevertheless goes to the church regularly, to deal with being taken over by the Antichrist, and hence the exceptionally creative title.

The timing of the Rapture is especially unlucky for Steele who is suddenly left with a pilot-less plane with passengers who are understandably freaked out by the empty piles of non-virtuous clothes left behind (this phrase is going to show up a lot in here) by their virtuous wearers.

At the same time, his daughter Chloe Steele (Cassi Thomson) and journalist Cameron "Buck" Williams (Chad Michael Murray) deal with having their "unbeliever" status challenged in a way that cannot possibly have another explanation. Meanwhile, a Muslim and a "little person" have philosophical conversations. Well, a film based on one specific event in one specific religion obviously has no intention of being politically correct.

Basically, the ultimate lesson you take away from this movie is that God is a horror movie villain who only communicates through cheap scares which can only be counteracted by endless clichéd soliloquies which can only be delivered in the most bored and unconvinced tones the human voice box is capable of producing.

What is confusing, though, is the TA. If Left Behind is targeted at Christians, maybe portraying all "believers" as being Bible-thumping caricatures probably isn't too good an idea. On the other hand, for a movie that is filled with atheists undergoing theistic transformation, our lead characters don't fare much better. But then, considering the quality of screenplay, the "story", and the performances, we are quite convinced that being good was nowhere on the itinerary of the makers.

Nic Cage shifts between two expressions, neither of which ever manages to raise the bar. Cassi Thompson is pretty, but suffers from a bad case of a bad character. The rest of the cast sleepwalk through roles that, sadly, seem like a lot of fun.

The visuals, while not as critically underwhelming as the rest of the film, are pretty decent, but are marred by a background track that definitely does not know its place.

In theory, the story of the Rapture followed by the life-and-times of all those left behind sounds rather exciting. Left Behind, however, is not the rendition you were looking for.
Share. Save. Connect.
Tweet
LEFT BEHIND SNAPSHOT 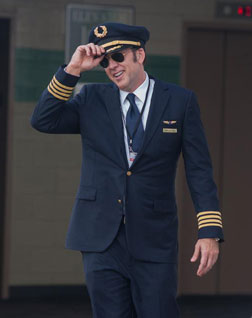 ADVERTISEMENT
This page was tagged for
Left Behind english movie
Left Behind reviews
release date
Nicolas Cage, Lea Thompson
theatres list
Follow @fullhyderabad
Follow fullhyd.com on
About Hyderabad
The Hyderabad Community
Improve fullhyd.com
More
Our Other Local Guides
Our other sites
© Copyright 1999-2009 LRR Technologies (Hyderabad), Pvt Ltd. All rights reserved. fullhyd, fullhyderabad, Welcome To The Neighbourhood are trademarks of LRR Technologies (Hyderabad) Pvt Ltd. The textual, graphic, audio and audiovisual material in this site is protected by copyright law. You may not copy, distribute, or use this material except as necessary for your personal, non-commercial use. Any trademarks are the properties of their respective owners. More on Hyderabad, India. Jobs in Hyderabad.