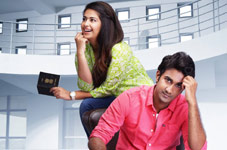 Josh / fullhyd.com
EDITOR RATING
7.0
Performances
Script
Music/Soundtrack
Visuals
7.0
8.0
7.0
8.0
Suggestions
Can watch again
Yes
Good for kids
Yes
Good for dates
Yes
Wait for OTT
No
They say cinema is all make believe. Perhaps no one else takes this more seriously than the Telugu film fraternity. Practically nothing we see in our films is what we experience in our own lives. Rival joint families whose members are waiting to cut each others' throats, or folks living in palatial mansions taking vacations in the weaker economies of European Union, or love giving superhuman strength to a guy who proceeds to pulverize hardened criminals with bare fists. Amidst all this make believe, we have producer Ram Mohan's films which are... uh, what's that word we've forgotten? Oh yeah - relatable.

Thanu Nenu is a charming addition to the already genial oeuvre which consists of Ashta Chamma and Uyyala Jampala. Like those films, Thanu Nenu, too, is a competent romantic comedy, but its true attraction lies in the context of its story.

For Bandireddy Sarveshwara Rao (Ravi Babu), no goal is more sacred than knocking on the doors of America. On the other hand, Kiran (Santosh Sobhan) has an inexplicable disregard for NRIs or anyone who leaves India in search of greener pastures. The fulcrum on which these opposing world views come to see-saw on is Keerthi (Avika Gor), Bandireddy's daughter and Kiran's sweetheart. She works hard for her father's ambition but is conflicted by her desire to live with Kiran.

Now this is a conflict we might have some insight in. The average Joe would have no idea how it feels to lose Rs. 300 crores and then not be able to pay two lakhs for your niece's *cough* school fees *cough*, but practically every Telugu middle class household has considered the option of reaching out to the States. Some choose to, and some choose not to, but the decision is not the point. The true crux of the matter is here's a context which we can relate to.

Thanu Nenu is a bounty of such small pleasures. There's a character who's concerned about Keerthi's caste. We come across these people all the time, but there's almost never a mention of caste in our films. There is another hilarious character of a priest who has biceps the size of his head. Towards the end, Kiran finds catharsis in the whitewashed house of a coconut vendor. It's amazing how he does not have to go to an empty beach or a snow-capped mountain for self-discovery.

Part of this success of Thanu Nenu in being a relatable yet engaging film is the craft of the technical team. One doesn't need alpine expanses to turn up good visuals - the images in Thanu Nenu (cinematography by Suresh) are comfortingly pleasant with just the right amount of saturation - not too bright trying to be yuppie nor a dull gloomy tone. Further, one doesn't need lavishly furnished edifices to get nice indoor shots. A tasteful art director can do wonders with an ordinary house.

All of this backstage talent sets up a commendable symbiosis with the acting department. Ravi Babu is unbelievably believable as Bandireddy Sarveshwara Rao. The film makes some comic exaggeration but Ravi Babu makes sure we buy his character. It's unimaginable to think it's the same guy who made risque teen movies like Allari and Party. Avika Gor is good, and would have been quite a perfect fit for these characters if the lip sync worked out, too.

The pleasant surprise is Santosh Sobhan (director Sobhan's son) who shows us what a good debut is. He isn't sculpted, nor does he show any capacity of being Raju Sundaram's favourite colleague, but he does get the emotions right. We can't unambiguously call him a good actor yet, but you have to acknowledge the lack of any stiffness in how he carries himself in front of the camera. The diction is confident, the face flexible, and the guy affable.

With all these things going for it, Thanu Nenu also manages to stay squeaky clean (there is one censored utterance of the F-word, though). No blood gushing violence, no uncomfortable "romance" (otherwise known as baiting the front rows). The film takes a relatable story and narrates it well. That's about the long and short of it.

Art is often claimed to be a mirror of society, and we sometimes see it happening in other film industries. Anjali Menon's Bangalore Days is a splendid representation of Kerala's diverse youth, all while narrating an engaging story. Mani Ratnam's OK Kanmani (Ok Bangaram in Telugu) throws light on the changing norms of Tamil society. And all of Imtiaz Ali's filmography shows a new face of India which is constantly in flux finding new ethos.

It is unfortunate, then, that the average Telugu person barely ever gets to see himself in our films. Thanu Nenu breaks that monotony in its own small way, and in this regard, Ram Mohan should be proud of his little film. Oh, and did we mention it is entertaining, too?
Share. Save. Connect.
Tweet
THANU NENU SNAPSHOT 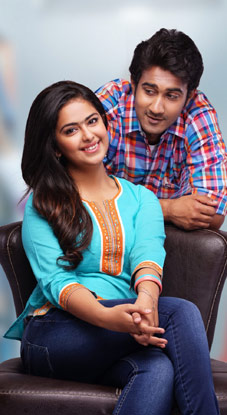 ADVERTISEMENT
This page was tagged for
Thanu Nenu telugu movie
Thanu Nenu reviews
release date
Avika Gor, Santosh Shobhan
theatres list
Follow @fullhyderabad
Follow fullhyd.com on
About Hyderabad
The Hyderabad Community
Improve fullhyd.com
More
Our Other Local Guides
Our other sites
© Copyright 1999-2009 LRR Technologies (Hyderabad), Pvt Ltd. All rights reserved. fullhyd, fullhyderabad, Welcome To The Neighbourhood are trademarks of LRR Technologies (Hyderabad) Pvt Ltd. The textual, graphic, audio and audiovisual material in this site is protected by copyright law. You may not copy, distribute, or use this material except as necessary for your personal, non-commercial use. Any trademarks are the properties of their respective owners. More on Hyderabad, India. Jobs in Hyderabad.