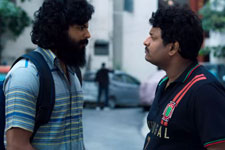 Chaitanya Karthik / fullhyd.com
EDITOR RATING
8.0
Performances
Script
Music/Soundtrack
Visuals
8.0
8.0
8.0
8.0
Suggestions
Can watch again
Yes
Good for kids
Yes
Good for dates
Yes
Wait for OTT
No
There are thrillers that keep you glued to your seat and there are comedies that make you jump out of your seat. And then you have movies like Mathu Vadalara that manage to do both, constantly vacillating between the suspense and the humour, and more often than not, are a proper blend of both. Seldom do we have movies that can strike the perfect balance between the thrills and the splits and still manage to look smart, but Mathu Vadalara does it with élan.

This is evident right from the start. The movie begins with three friends living in a shoddy house that seems like it is going to fall apart. There is water leaking through the roof, drop by drop, filling the mouth of Babu (Simha), a delivery executive, until he is jolted out of his sleep. Abhi (Naresh Agasthya), his roommate, wakes up, puts on his earphones, and watches an episode of Breaking Bad.

Babu turns on the TV and there's a serial titled "Ori Nakoduka" playing on TV. In the show, you see a couple going to a temple, where the husband gets shot in the head. His wife is really anxious and wants to take him to the hospital, but he just says, "Take hold of my prasadam."

Babu turns the TV off and gets ready to go to work. He opens the door and the son of the house owner is peeing right in front of the door.

It's a crazy world that we are introduced to right in the beginning, and it keeps getting more bizarre and trippier as it progresses.

So there is also Yesu (Satya), Babu's other roommate, who is also a delivery executive working in the same company as Babu. They are both working for meagre salaries, and Babu is frustrated and wants to quit his job. However, Yesu convinces him to accompany him for a day and shows him the trick of "taskarinchuta".

Babu is kinda convinced about the idea, and you know right then that all hell is going to break loose. Babu accidentally kills a woman, gets stuck in her house, finds himself drugged, and wakes up after a long time only to see that he is lying next to a dead body. What he does to get out of his situation forms the rest of the story.

Mathu Vadalara deals primarily with greed and the kind of repercussions that come with it. Yet, it doesn't present itself as a lesson in why you should not be greedy. It only tells you to your face that there is a fair chance of landing yourself in a mess you may not eventually be able to clean. And most importantly, it does it all in an extremely engaging way, putting together elements of both thrillers and comic capers superbly.

While the first half of the movie is all about weaving a mystery that a thriller warrants, the second half deals with unravelling that mystery. Unlike many thrillers, however, Mathu Vadalara doesn't ride on the coattails of the darkest hours of the night. In fact, the story unfolds in broad daylight and remains that way for most part, and the audacity of it somehow makes it all the more engaging.

Thrillers always run the risk of taking themselves way too seriously, and often that stubbornness to let go puts the movie in a quandary. Mathu Vadalara is not guilty of the same. It never takes itself seriously, and at times when the tension reaches a climax, you have the amazing Satya dawning on you with his incredible timing. He brings with him a sense of urgency that aids the story in a direction that is both interesting and uncomfortable. Every time you are on the edge of your seat, you have Satya showering the splits on you. He is a treasure and arguably the MVP of the movie.

The other actors are good in their parts, even though nobody steals the thunder like Satya does. Also, Vennela Kishore's versatility as an actor is impressive. Hopefully, we get to see him in more roles where his primary responsibility is not generating laughs.

The one let-down in the film is the climax and the denouement. It is not bad per se, but after everything they've built up until that point, it feels like a dampener. But again, we have Satya to save the day. Also, there aren't any major plotholes, and kudos to director Ritesh Rana for making sure that even the tiniest of details has some significance.

The background score is solid and greatly enhances the experience of watching Mathu Vadalara. Kaala Bhairava has surely struck gold and certainly has the potential of making it big. The screenplay, the editing and the cinematography also nicely complement the story and make for an extremely satisfying experience. The biggest takeaway from the movie however has to be Ritesh Rana, who has arrived in style. He presents his story in great fashion, and is certainly someone to watch out for.

Mathu Vadalara is not a placard that urges you to refrain from drugs. Instead, it's a gentle knock on the head to wake up and look around. A brilliantly made film, despite the minor hiccups, it leaves you in an almost dazed state by the end, and asking for more. Allow yourself to indulge in this drug. 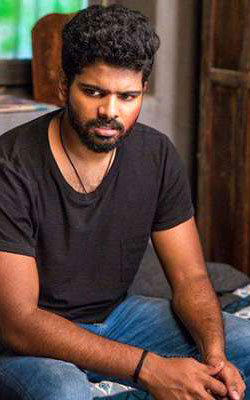 ADVERTISEMENT
This page was tagged for
Mathu Vadalara telugu movie
Mathu Vadalara reviews
release date
Simha Koduri, Athulya Chandra
theatres list
Follow @fullhyderabad
Follow fullhyd.com on
About Hyderabad
The Hyderabad Community
Improve fullhyd.com
More
Our Other Local Guides
Our other sites
© Copyright 1999-2009 LRR Technologies (Hyderabad), Pvt Ltd. All rights reserved. fullhyd, fullhyderabad, Welcome To The Neighbourhood are trademarks of LRR Technologies (Hyderabad) Pvt Ltd. The textual, graphic, audio and audiovisual material in this site is protected by copyright law. You may not copy, distribute, or use this material except as necessary for your personal, non-commercial use. Any trademarks are the properties of their respective owners. More on Hyderabad, India. Jobs in Hyderabad.