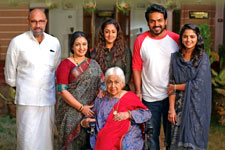 Neema Pramod / fullhyd.com
EDITOR RATING
7.0
Performances
Script
Music/Soundtrack
Visuals
7.0
6.5
5.5
6.0
Suggestions
Can watch again
Yes
Good for kids
No
Good for dates
No
Wait to rent it
No
We have heard of actors having back-to-back releases in a month - especially female actors (wondering why that is the case will lead to a bigger question on the roles offered to our heroines, but that is not what we are here to talk about today). But how often do we see that with filmmakers? Jeethu Joseph's last film - the underwhelming The Body (Hindi) - hit the screens just last Friday, and now he is back with Donga (dubbed from Tamil). Expectations from the man who delivered the Malayalam blockbuster Drishyam - remade across multiple languages including in Telugu (Drushyam) and Hindi (Drishyam) - are obviously going to be high. And Donga comes pretty close to living up to them.

The film opens with a brawl, where you see a man getting a blow behind his head, rendering him unconscious, and perhaps dead. We then jump to 15 years later, where Parvathy (Jyothika) and her family - comprising of her father Gyanmurthy (Sathyaraj), mother (Seetha) and grandmother (Sowcar Janaki) - are still mourning the absence of Parvathy's younger brother Sarva, who had left home 15 years ago after a fight.

It is at this juncture that Vicky (Karthi) enters the household, claiming to be Sarva. Sarva's parents, and even his former girlfriend Sanjana (Nikhila Vimal), are convinced, but Parvathy, her grandmother and Sarva's childhood friend Karan (Anson Paul) are wary around him. For a deceptive few minutes, you believe that the rest of the movie will revolve around whether Vicky truly he is who he claims to be. But the film moves in a different direction altogether, leaving you unsure as to who is the cheat, and who is being cheated.

A good suspense thriller, in my books, is not about how it pulls the rug off from beneath our feet, but what happens after the rug has been pulled off. Donga has not just one but many rug-pulling moments, and each of them catches you off-guard. But that by itself is not a difficult feat to achieve. What is truly challenging is making all these occurences fit neatly into the story when the final unraveling takes place. By the end of it all, the film should feel like a jigsaw puzzle, where every piece has a purpose, and each piece fits together with the rest.

For the most part, Donga fits this description. Each twist makes you look at the scenes prior to it in a different light, and the final reveal changes your perception entirely. And yet, when you look back to the film in the light of this newly acquired information, everything fits perfectly. Many scenes that had come across as odd at first begin to make a lot of sense. A few moments which you dismissed as mere fillers turn out to contain hidden Easter eggs. In short, a good suspense thriller can make you go WTF out loud - in a good way - and Donga does manage to elicit that reaction.

Notice that the word used here is "good", not "great". What stops Donga from reaching that "great" level is its flab. Both Drushyam and Donga feel similar in terms of narrative structure - even in the latter the first half is primarily a family drama, and it is in the second half that film turns a thriller. But in Drushyam not a single scene felt out of place. Though the slow-paced first half did test your patience occasionally, the big reveal showed why it was necessary to have the first half unfold the way it did.

But the screenplay of Donga is not as tight. There are some unnecessary parts - especially the songs and the fights. Yes, we do understand that these are must-haves in a quintessential Telugu or Tamil film, but a thriller relies heavily on pace, and these commercial compromises have a considerable effect on that. The romantic track between Vicky/Sarva and Sanjana too take up a bit of the screen time. Another factor is cliché. The family portions are barely original, with most of them coming across as reused bits from other films.

But that is where good performances step in and save the day - well, most of the day. Karthi is undoubtedly the showstopper. His comic timing is on point, and he carries the weight of the entire film on his shoulders with his trademark goofy grin. As always, he has dubbed for himself in Telugu, and has done a good job at it. You wish he had more scenes with his reel-life sister and real-life sister-in-law Jyothika, but in the few sequences where they do have proper interactions, both of them pull things off competently.

Jyothika doesn't get a lot to work with - the first half requires her mostly to sulk or frown - but she registers. Her dubbing, done in Telugu by Deepa Venkat, warrants mention for how it manages to put across the emotions in a convincing manner.

The casting is spot-on. Not just Karthi and Jyothika, even other actors including Sowcar Janaki, Nikhila Vimal, Seetha, Bala, Hareesh Peradi and Anson Paul among others deliver pitch-perfect performances, not hitting a false not most of the time. Ammu Abhirami as the younger Parvathy and Aswanth Kumar as Parvathy's naughty yet adorable little student are wonderful. However, it is Sathyaraj who stands out with the different dimensions he brings out in his role.

There is nothing spectacular in the technical values, but the film is an easy watch. Be it the cinematography (R D Rajasekhar) or the music (Govind Vasantha), they are pleasant on the sensory organs, even if they don't leave any lasting impact.

Despite its flaws, Donga makes for an engaging whodunit for the most part, with ample doses of comedy and family sentiments thrown in for good measure. It might not feature in the list of greatest films/mysteries ever made, but it has quite a few surprises up its sleeve, and is a well-assembled jigsaw puzzle.
Share. Save. Connect.
Tweet
THAMBI (TAMIL) SNAPSHOT 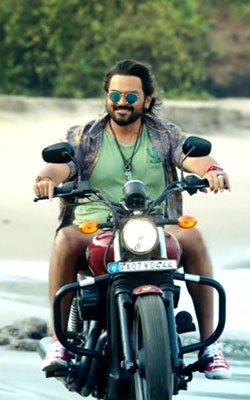 ADVERTISEMENT
This page was tagged for
Thambi (Tamil) tamil movie
Thambi (Tamil) reviews
release date
Jyothika, Karthi
theatres list
Follow @fullhyderabad
Follow fullhyd.com on
About Hyderabad
The Hyderabad Community
Improve fullhyd.com
More
Our Other Local Guides
Our other sites
© Copyright 1999-2009 LRR Technologies (Hyderabad), Pvt Ltd. All rights reserved. fullhyd, fullhyderabad, Welcome To The Neighbourhood are trademarks of LRR Technologies (Hyderabad) Pvt Ltd. The textual, graphic, audio and audiovisual material in this site is protected by copyright law. You may not copy, distribute, or use this material except as necessary for your personal, non-commercial use. Any trademarks are the properties of their respective owners. More on Hyderabad, India. Jobs in Hyderabad.