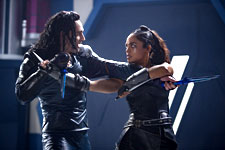 Simply put, I will most definitely remember 2011's The Girl With The Dragon Tattoo using Immigrant Song more than I will Thor Ragnarok for the simple fact that the former had a look, feel, tone and personality of its own while the latter may have entertained me now but will fade in my memory when the next popcorn, candy floss Marvel juggernaut comes along to entertain the masses.
Share. Save. Connect.
Tweet
THOR: RAGNAROK (HINDI) SNAPSHOT 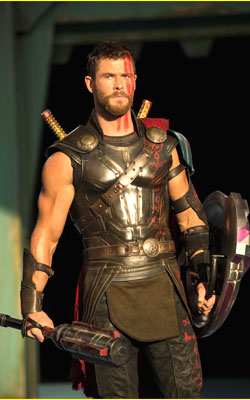 ADVERTISEMENT
This page was tagged for
valkyrie movie in hindi dubbed movies
chocolate movie in hindi dubbed hd
thor movie in hindi 1
thor ragnarok hindi online
thor the ragnarok movie hindi
Follow @fullhyderabad
Follow fullhyd.com on
About Hyderabad
The Hyderabad Community
Improve fullhyd.com
More
Our Other Local Guides
Our other sites
© Copyright 1999-2009 LRR Technologies (Hyderabad), Pvt Ltd. All rights reserved. fullhyd, fullhyderabad, Welcome To The Neighbourhood are trademarks of LRR Technologies (Hyderabad) Pvt Ltd. The textual, graphic, audio and audiovisual material in this site is protected by copyright law. You may not copy, distribute, or use this material except as necessary for your personal, non-commercial use. Any trademarks are the properties of their respective owners. More on Hyderabad, India. Jobs in Hyderabad.