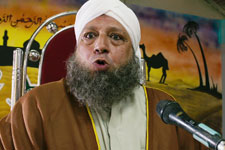 Nupur Barua / fullhyd.com
EDITOR RATING
5.0
Performances
Script
Music/Soundtrack
Visuals
7.0
6.0
NA
6.0
Suggestions
Can watch again
Yes
Good for kids
No
Good for dates
Yes
Wait to rent it
No
In this country, every small village or town is a representation of the nation as a whole ??" a microcosmic depiction, if you will. Which is probably why Feroz Abbas Khan decided to take the fictitious seaside town of Chanda to as the base for his satire. The director is not known to mince his words when it comes to his work, and Dekh Tamasha Dekh, his latest release, is sure to hit a few sore spots here and there.

Chanda is a sleepy town, with not much happening in its society. And this is where the young IPS officer (Vinay Jain) is transferred to. As he struggles to instill discipline in the lazy police station, an incident occurs that makes the next few days of his new posting pure hell.

A gigantic cut-out of the local politician and newspaper owner, Muththa Seth (Satish Kaushik), unable to withstand a strong wind, falls to the ground. In the process, it kills Hamid, a drunken tongawalla. At the funeral, just when the body is lowered into the new grave, a group of zealous Hindus demand that the body be handed over to them, to be cremated. Hamid, it turns out, is the brother of one Lakshman, and he had converted to Islam to marry Fatima (Tanvi Azmi).

In the scuffle that follows, the police intervene, and the IPS officer decides to keep the body in the morgue till the court passes its judgement on what to do with it next.

Fatima does not care one way or another. Hamid is her second husband, the first one having died in riots many years ago. Her daughter, Shabbo (Apoorva Arora), is in love with a Hindu boy, Prashant (Alok Rajwade), who has just set up a photo studio. This does not sit too well with the upcoming leader of the youth of the Muslim community.

In the meantime, a professor (Satish Alekar), whose latest book on the history of the region has been banned by the Hindu group, decides to intervene on behalf of Lakshman, and the IPS officer is fast losing patience with the calm before the inevitable riots. Muththa Seth has decided to woo the Muslims for their vote, and he prepares to make the riots a reality, even as the Hindu leader (Sharad Ponkshe) prepares for a rath yatra. Not everybody subscribes to either one or the other faction, however, although the voice of reason has left the region long ago.

The movie is a farce, a spoof on society as we know it today. It deals with not just the issue of fanaticism, but also mob mentality (that goes hand in glove with fanaticism anyway), relationships (between mother and children, brother and brother, boy and girl), education (is a marketing person from the city the best person to decide the content of a newspaper?), authority, societal norms (look out for the mourning scene), and, most importantly, authentic history and the consequent tolerance between human beings.

Each situation and theme is presented in its entire absurdity, exaggerating the state of affairs in this country, while ensuring that the entire story is OTT funny and entertaining. This is a comedy, and not just the ha-ha kind. It is profound in its observations, as the "twist" in the end reveals. The irony of a neutral police officer is not lost in the plot either.

The only problem with the writing is the length. The writers tend to oversimplify the message they are trying to convey, and sequences are extended beyond their necessary relevance. The first scene, for example, between a police officer and a havaldar, is funny up to a point, and then it gets tiresome, setting the tone for the rest of the movie. The screenplay dips and peaks with alarming regularity, and the intended entertainment is therefore lost because you are too busy trying not to yawn.

Satish Kaushik is bare-bodied, again (after Lakshmi), and that is not a pretty sight, but you have to admire the man for his conviction. He is pitch perfect, literally, and also the comic relief. Tanvi Azmi is graceful, although she does not much to do except express her feelings without dialogue.

Vinay Jain is understated, and deserved more screen time. Sharad Ponkshe is suitably menacing. Apoorv Arora, Alok Rajwade, Dhiresh Joshi and Ganesh Yadav play their parts with ease. The scene stealer, besides Satish Kaushik, is Satish Alekar, who uses his hearing aid to either involve himself in matters concerning the society, or to ignore the same. Sudhir Pande in a cameo is brilliant.

The production design is neutral, in that the movie could be set in any little town in Maharashtra, or even in the whole of India. The absence of gloss and glamour just brings out the starkness in the lives of the people living in overbearing societies. The costumes aptly reflect the setting.

The cinematography is subtle, and effective. The editing could have been tighter, but here the long and winding script is also to blame. The lack of music just emphasises the not-so-evolved status of the society that the movie portrays.

Dekh Tamasha Dekh, as the title suggests, is a commentary. It is not a Hindu vs Muslim movie, and neither does it take sides, although the Hindus are portrayed as bullies, because of which the Muslims react. There are many loopholes that leave you with questions, so maybe the flaws in the script are intentional.

This is a movie that must be watched, with patience, and without judgement, because it will become an important reflection of who we are to future generations.
Share. Save. Connect.
Tweet
DEKH TAMASHA DEKH SNAPSHOT 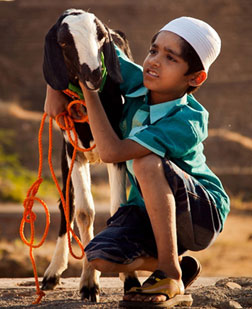 ADVERTISEMENT
This page was tagged for
Dekh Tamasha Dekh hindi movie
Dekh Tamasha Dekh reviews
release date
Satish Kaushik, Tanvi Azmi
theatres list
Follow @fullhyderabad
Follow fullhyd.com on
About Hyderabad
The Hyderabad Community
Improve fullhyd.com
More
Our Other Local Guides
Our other sites
© Copyright 1999-2009 LRR Technologies (Hyderabad), Pvt Ltd. All rights reserved. fullhyd, fullhyderabad, Welcome To The Neighbourhood are trademarks of LRR Technologies (Hyderabad) Pvt Ltd. The textual, graphic, audio and audiovisual material in this site is protected by copyright law. You may not copy, distribute, or use this material except as necessary for your personal, non-commercial use. Any trademarks are the properties of their respective owners. More on Hyderabad, India. Jobs in Hyderabad.