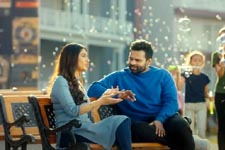 Anil Bandhakavi / fullhyd.com
EDITOR RATING
6.5
Performances
Script
Music/Soundtrack
Visuals
7.0
5.0
7.0
7.0
Suggestions
Can watch again
No
Good for kids
No
Good for dates
Yes
Wait to rent it
Yes
Solo Brathuke So Better addresses the ever-pressing question: is one happier when in love? As our culture's youth begins to prioritise independence and individuality above all else, is it also possible and necessary to accommodate for meaningful and emotionally fulfilling unions? It's quite common these days to hear one say they would like to get married once they get their own life in order, which might be a goal one never attains.

I don't want to make it sound as though this film, written and directed by Subbu, is one that will entrench the viewer in an intricate thought exercise through intense social commentary; not at all. However, this romantic comedy unravels with the aforementioned dilemma about love and marriage playing in the background. In fact, it can be said that the film introduces and plays with this matter in a slightly "cheesy" manner.

Virat, played by Sai Dharam Tej, introduced in the beginning as a college stud of sorts, ardently professes the idea of a "solo-life" that's not hindered by the emotional burdens of a "committed relationship". In fact, he discourages getting caught up in even familial relationships of all kinds, as they can take a toll on one's quest for independence. "Solo Brathuke So Better: is a manifesto written by Virat which contains 108 verses favouring a life of solitude, which he advises his followers to adopt wholeheartedly. Many of these verses are also influenced by his uncle who strongly discourages marriage, using his own marriage as an example.

After college, Virat and his three close friends, and dedicated followers of his philosophy, move from Vizag to Hyderabad for work. Virat quickly shines at the workplace, and all is well. However, much to Virat's chagrin, his friends, and now housemates, start to retract from his ideas one by one as the prospect of marriage enters their lives. Virat continues to hold on to his ideals and lives on his own as he experiences the taste of loneliness for the first time.

One night, Virat's idol, Murthy, is on TV calling marriage essential and admitting that he regrets never getting married. For the first time Virat questions his own ideas. Soon after, Virat finds out that his aunt has passed away. His uncle breaks down as he describes his emptiness, and conveys his realisation that he never cherished the love and care that he received from his wife while she was alive. At this point, Virat is convinced that his ideas were wrong, and decides to find love.

Irony pulls a quick one on Virat when he attends a wedding. The bride backs off in the last second pointing out to Virat as the one to whom she wishes to get married. Virat is jubilant that this beautiful girl, Amrutha, played by Nabha Natesh, just popped out of thin air calling for his hand in marriage. However, Amrutha later admits that she was always intent on backing off, and pointed out to Virat because she recognised him, her idol, the one and only author of the text "Solo Brathuke So Better". Amrutha admits that she is a dedicated follower of Virat's ideas. Virat is smitten but is intent on changing Amrutha's ideas to align with his new realisations.

Solo Brathuke So Better is entirely about Virat, and Sai Dharam Tej does ample justice to the role. However, the development of other characters is limited - they just move in accordance with Virat's journey and evolution. Even Amrutha, who is introduced at the halfway point, and is supposed to be the second most important character in the film, doesn't have many dimensions to her personality - Virat fancies her and she's a dedicated follower of his philosophy. More emphasis could have, or rather should have, been placed on Amrutha's own psychological and emotional evolution as well.

The subplots are functional in that they carry the story where it's supposed to go, but they're not compelling. It's always different when something plays out on screen for the sake of sending across an intended message, versus a story playing out and a message naturally following, the latter being the more compelling method. The music, by S Thaman, and cinematography, by Venkat C Dilip, are young and electrifying, and sustain the level of entertainment that the movie manages to provide.

At 122 minutes, Solo Brathuke So Better finds itself on the shorter side, while the substance of the film could probably have been conveyed in a shorter duration. The feel of the movie is pleasantly humorous, and although it's not riveting, at no point is the film a drag. While the premise is quirky and also a little absurd, and could've invited more comedic and dramatic elements than the film ultimately presents, there is some zest missing that keeps this film within the "one-time-flick" zone.
Share. Save. Connect.
Tweet
SOLO BRATHUKE SO BETTER SNAPSHOT 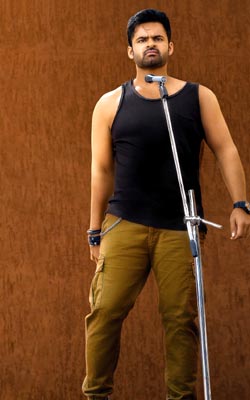 ADVERTISEMENT
This page was tagged for
Solo Brathuke So Better telugu movie
Solo Brathuke So Better reviews
release date
Sai Dharam Tej, Nabha Natesh
theatres list
Follow @fullhyderabad
Follow fullhyd.com on
About Hyderabad
The Hyderabad Community
Improve fullhyd.com
More
Our Other Local Guides
Our other sites
© Copyright 1999-2009 LRR Technologies (Hyderabad), Pvt Ltd. All rights reserved. fullhyd, fullhyderabad, Welcome To The Neighbourhood are trademarks of LRR Technologies (Hyderabad) Pvt Ltd. The textual, graphic, audio and audiovisual material in this site is protected by copyright law. You may not copy, distribute, or use this material except as necessary for your personal, non-commercial use. Any trademarks are the properties of their respective owners. More on Hyderabad, India. Jobs in Hyderabad.