What The Fish Review 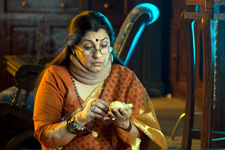 Nupur Barua / fullhyd.com
EDITOR RATING
5.0
Performances
Script
Music/Soundtrack
Visuals
6.0
4.0
6.0
7.0
Suggestions
Can watch again
No
Good for kids
No
Good for dates
Yes
Wait for OTT
No
In her days of glamour, in the 80s, all Dimple Kapadia had to do be termed a lead actor was to look pretty. Not that the directors did not realise her talent. It just suited storylines better for her to preen herself and look sexy.

More than three decades later, a young director decides to make her a formidable old woman, and effectively gives her one of the best roles of her career, in his movie What The Fish. The title is not so misleading - there is a fish involved, after all - but it does seem like Gurmmeet Singh, the director, became caught up with directing Dimple Kapadia alone (who can blame him?) and ignored other aspects of the movie. More on that later. First, the story.

Maasiji (Dimple Kapadia) is divorced, and dealing with a difficult son and even more difficult ex-husband. She is a firm believer of black magic, and is therefore constantly paranoid. She thinks Sumit (Sumit Suri) is not good enough for her niece, but is forced to hand him the responsibility of feeding the fish and watering the money plant when she has to leave her Vasant Kunj (New Delhi) house for a month.

When she returns, she decides to inspect the house for signs of irresponsibility. Just when she is satisfied (and surprised) that all is well, a woman in white rushes out of the bedroom and out of the house, scaring the daylights out of Maasiji. Once she is convinced that the girl was no chudail, she decides to get to the bottom of the mystery.

It turns out that the past one month was one crazy adventure after another. Sumit is more than irresponsible and careless - he is an opportunist of sorts.

The fact that Maasiji is a terror is the USP of the story. Even though she is not present physically in most of the situations that the other characters find themselves in, she is a constant presence in your mind, and you cannot help but cringe at some of the things that the tenants do to the house.

The concept works very well on a sitcom level, but to stretch it into a movie makes it a little tiresome. Soon enough, the jokes are no longer funny, and when the director resorts to literal toilet humour, you know it is a lost cause.

The plots are interesting - from a cross-dressing bully to the reckless behaviour exhibited by Sumit. To give the writer credit, nothing is overdone, not even the melodrama, but the screenplay is loosely structured, giving you the impression that nobody really bothered to fine tune the story, so caught up they were by the brilliance of the concept.

The dialogues are typically Delhi, but the gags seem forced, as do some of the incidents, that look like they have been inserted just so one can get to the next point in the story.

At the risk of sounding repetitive, Dimple Kapadia is marvellous. She stays on with you in her Maasiji role much after the movie is over. She overshadows all the other actors, including Geetika Tyagi and Anand Tiwari, whose portrayals of their respective characters are immediately forgettable. Manjot Singh deserves more screen time. The casting is weak, and that contributes to the lack of conviction in the story.

The director has depicted a Delhi that we are all familiar with, and this is apparent in the production and costume designs. One cannot find too much fault with the look and feel of the movie, except that sometimes certain elements are overdone to look more convincing, making some of the characters caricaturish.

The cinematography is almost flawless, enhancing the production design. The editing is lazy, and the music is catchy.

What The Fish is fun, yes, but one has to be really patient to sit through the movie. Dimple Kapadia is the sole reason one should watch this movie, and despite the disjointed story, sitting through the film one time is not such a bad idea. If only Gurmmeet Singh had paid more attention to the script.
Share. Save. Connect.
Tweet
WHAT THE FISH SNAPSHOT 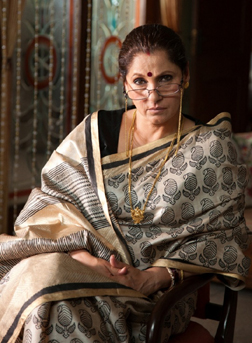 ADVERTISEMENT
This page was tagged for
What The Fish hindi movie
What The Fish reviews
release date
Dimple Kapadia, Vishal Sharma
theatres list
Follow @fullhyderabad
Follow fullhyd.com on
About Hyderabad
The Hyderabad Community
Improve fullhyd.com
More
Our Other Local Guides
Our other sites
© Copyright 1999-2009 LRR Technologies (Hyderabad), Pvt Ltd. All rights reserved. fullhyd, fullhyderabad, Welcome To The Neighbourhood are trademarks of LRR Technologies (Hyderabad) Pvt Ltd. The textual, graphic, audio and audiovisual material in this site is protected by copyright law. You may not copy, distribute, or use this material except as necessary for your personal, non-commercial use. Any trademarks are the properties of their respective owners. More on Hyderabad, India. Jobs in Hyderabad.