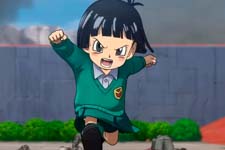 Punarvasu Pendse / fullhyd.com
EDITOR RATING
6.5
Performances
Script
Music/Soundtrack
Visuals
7.0
6.0
6.0
6.0
Suggestions
Can watch again
Yes
Good for kids
Yes
Good for dates
No
Wait for OTT
No
Dragon Ball Z (and Dragon Ball before it, and Dragon Ball GT after it, and Dragon Ball Super in recent times) has arguably been one of the most influential anime titles of all time. DBZ (as it is known), particularly, gave plenty of people, especially in India, a taste of Japanese cartoons (weaboos or weebs - people who are obsessed with anime - will let you know it is sacrilege to call them cartoons, but yours truly is going to do so anyway).

Director Tetsuro Kodama helms a project that is scripted by none other than series creator Akira Toriyama, and the film is the first one in the Dragon Ball series to be produced mostly using CGI. The film also shifts the focus from the more popular Goku and Vegeta, to the master-disciple duo of Piccolo and Gohan.

Magenta (Charles Martinet / Volcano ?ta) is reviving the Red Ribbon Army to take over the earth, and has since enlisted Dr. Gero's grandson Dr. Hedo (Zach Aguilar / Miyu Irino) to create androids to serve his purpose. Piccolo (Christopher Sabat / Toshio Furukawa) finds out about the plot, and infiltrates the Red Ribbon Army to find out more about their plans.

Things take a turn for the worse, as the Z warriors are pitted against Dr. Hedo's creations Gamma #1 (Aleks Le / Hiroshi Kamiya) and Gamma #2 (Zeno Robinson / Mamoru Miyano). Unbeknownst to everyone, there lurks a far more dangerous enemy in the shadows - and it is upto Gohan and Piccolo to save the planet.

For a series that has gods and god-emperors, beings that fuse with planets, and beings that destroy entire universes, the scope of Dragon Ball Super: Super Hero is refreshingly grounded. It is a throwback to the early days of the series, when the biggest and baddest had yet to become an intergalactic threat. The series also refreshingly focuses on the Piccolo-Gohan relationship - a beloved teacher-student pairing that has seen precious little development since Gohan grew up and got responsibilities of his own.

It is, however, the earnest sincerity with which Dragon Ball Super: Super Hero tackles the subject of fan service that makes it a fun experience. The film leans in onto everything that made the Dragon Ball series a winner. Better still, while it is a film unapologetically made for its fans, it presents an easy gateway for newer audiences to get drawn in by the charms of the Dragon Ball universe. While having an idea of past events makes it easy to spot the various references, Dragon Ball Super: Super Hero easily holds up on its own for the casual viewer.

While the recommendation would be to watch it in its native Japanese language with subtitles, Dragon Ball has been one of the few series where the English dub is often considered to be at par if not outright better. The voice acting takes a bit of getting used to, especially if you aren't familiar with the style, but it is entertaining enough in its own right. The movie features series regulars from both the Japanese and the English versions - with the likes of Sean Schemmel / Chrisopher Sabat and Masako Nozawa / Ry? Horikawa being instantly recognisable to people who have seen either.

Dragon Ball Super: Super Hero is a fun film for everyone, be it the fan who has been watching from the '90s or a newcomer to the series. It can be watched by kids and adults alike, and is done and dusted before you realise it with a brisk 99-minute run-time. Wasn't the main complaint against the Dragon Ball series always how much time it took to get the action? Well, this one certainly gets to it, and is done before you can say "Kamehameha"! 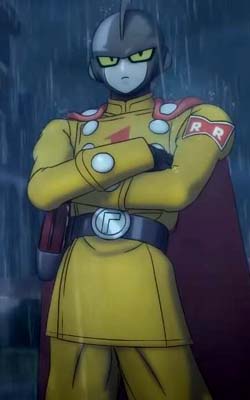 ADVERTISEMENT
This page was tagged for
Dragon Ball Super: Super Hero (English) english movie
Dragon Ball Super: Super Hero (English) reviews
release date
Kyle Hebert, Christopher Sabat
theatres list
Follow @fullhyderabad
Follow fullhyd.com on
About Hyderabad
The Hyderabad Community
Improve fullhyd.com
More
Our Other Local Guides
Our other sites
© Copyright 1999-2009 LRR Technologies (Hyderabad), Pvt Ltd. All rights reserved. fullhyd, fullhyderabad, Welcome To The Neighbourhood are trademarks of LRR Technologies (Hyderabad) Pvt Ltd. The textual, graphic, audio and audiovisual material in this site is protected by copyright law. You may not copy, distribute, or use this material except as necessary for your personal, non-commercial use. Any trademarks are the properties of their respective owners. More on Hyderabad, India. Jobs in Hyderabad.