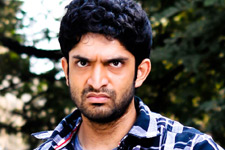 Deepa Garimella / fullhyd.com
EDITOR RATING
4.0
Performances
Script
Music/Soundtrack
Visuals
6.0
4.0
7.0
7.0
Suggestions
Can watch again
No
Good for kids
No
Good for dates
No
Wait for OTT
Yes
Omkar, clearly, is a man with a mission. Truth be told, his directorial debut Genius is not all bad. Genius has noble intentions behind the screen, and lots of money in front of it. It is what lies in between that is a problem.

The concept, in itself, is laudable - in the sense that it is commendable that someone with the resources to make a good movie actually thought of these things. The film speaks to the "youth" about the pitfalls of hero worship, and starts off meaningfully.

A trio of friends is seen hanging out together somewhere in a city. Nivas (Havish) has a flashback consisting of a major fight with local political leader Nanaji (Pradeep Rawat). Nivas' friend, Yasir, is a good friend and die-hard fan of the Indian cricket captain Nizamuddin (Adarsh). Yasir is the kind of fan who pours kerosene on himself on the streets because Nizamuddin is being questioned in a match-fixing case.

The third person in the trio, Jeeva, is a fan of film star Pedda Babu (Ashish Vidyarthi). Jeeva isn't just any fan - he's trusted by Pedda Babu to make his son's (Master Bharath) debut film's "100 days" function a big hit. By giving up his life, if necessary (so that the event makes news for its stampede statistics).

But strange things begin to happen. The cricketer and the film star are kidnapped, one after the other, and some other people are killed as well. Who is kidnapping them? Who is committing these other murders? A top cop (Sharath Kumar - easily the finest thing about this movie) has been brought in to investigate.

The film has been set up well. Omkar gets Mugur Sundar ("Sundaram Master") to shake a leg in the first song in the movie. After a while, he brings in Brahmanandam to do a rather lengthy comedy scene - one that has no place in the plot, but that is pretty entertaining. In addition, the songs are nicely-composed, and shot by someone with a passion for bokeh shots.

Before the intermission, the story moves pretty well, with the suspense (for the lack of a better word) building up. But morbidity takes over, and the plot is lost. Although Omkar has his heart in the right place, the film lacks true craft in the writing department.

What the writer, Chinni Krishna, succeeds in is showing us the problem statement - that is, how creepily "fans" worship their demi-gods. The whole movie star fan club scenario is well-etched, although Genius paints a grim picture of it. However, the same cannot be said about the other sub-plots - cricketing and politics.

It is the solutions that are messed up, as, towards the end, much hacking of limbs takes place. A Rang-De-Basanti-like treatment was probably visualized on paper, but all we get is a sorry second half of a film. The story ends up looking like it was thought up by a na?ve amateur. For example, the celebs who are kidnapped are eventually killed by the fans for being let down. And these murders are filmed on camera. And they are telecast on live television. And all the CM can do is watch them and weep.

Havish looks good and acts pretty okay, but he is perhaps not beefed up to be a true "hero" yet. The other leading young men put on these strong-silent-staring acts, and it is hard to judge them. The girls are not very distinguishable from one another.

Master Bharath, as we noted in an earlier review, is very expressive. Here's hoping he has a bright future as an actor.

Sharath Kumar can be described in a single word - solid. Chandramohan, Annapoorna and Kota Srinivasa Rao are seen as parents with little screen time. Pradeep Rawat is as villainous as ever.

With the background score decently composed and the visuals being of good quality, Genius' makers have not compromised on the money. It's just that they didn't know how to put it to the best use. Catch it on television, but make sure you have a back-up plan.
Share. Save. Connect.
Tweet
GENIUS SNAPSHOT 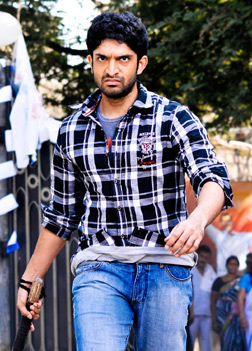 ADVERTISEMENT
This page was tagged for
Genius telugu movie
Genius reviews
release date
Havish, Sanusha
theatres list
Follow @fullhyderabad
Follow fullhyd.com on
About Hyderabad
The Hyderabad Community
Improve fullhyd.com
More
Our Other Local Guides
Our other sites
© Copyright 1999-2009 LRR Technologies (Hyderabad), Pvt Ltd. All rights reserved. fullhyd, fullhyderabad, Welcome To The Neighbourhood are trademarks of LRR Technologies (Hyderabad) Pvt Ltd. The textual, graphic, audio and audiovisual material in this site is protected by copyright law. You may not copy, distribute, or use this material except as necessary for your personal, non-commercial use. Any trademarks are the properties of their respective owners. More on Hyderabad, India. Jobs in Hyderabad.