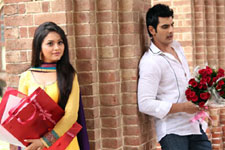 Nupur Barua / fullhyd.com
EDITOR RATING
4.0
Performances
Script
Music/Soundtrack
Visuals
5.0
3.0
4.0
5.0
Suggestions
Can watch again
No
Good for kids
No
Good for dates
No
Wait for OTT
No
Films that deal with issues are always tricky. While the motive may be to create awareness and raise questions, it is, ultimately, a film, and that requires some semblance of creativity and cohesiveness. Unfortunately, Dehraadun Diary has neither.

The movie begins with a girl writing her diary - her voiceover tells us that Dehradun is the place for "innocent love". She then goes on to speak of her love story with one Anshul Sharma (Rohit Bakshi), the kind of guy that any girl will fall for.

Anshul's virtues are extolled, but never displayed, throughout the movie. He is in love with Priti (Ragini Nandwani), whose last day in college coincides with Valentine's Day, and this is his final chance to confess his true feelings. Within moments (blink, and you will miss it), Anshul and Priti are a couple.

In the meantime, Anshul's younger brother, Aakash (Adhyayan Suman), is home, and the two brothers are apparently very close. Their parents (Manuj Bhaskar and Rati Agnihotri) are super-indulgent, and all is well in the Sharma house. Anshul introduces Priti to his family, and it transpires that her brother is the notorious Vishesh Thakur (Vishal Bhosle), who was accused in a murder case earlier.

Before you can say "wedding bells", Vishesh gets worked up on seeing Priti dancing with Anshul (the couple cannot see him, although he is three feet away), and offers to take the latter on a long drive. Vishesh and his cronies kill Anshul and burn the body.

The Sharmas spend the next eight years looking for justice. Witnesses turn hostile, their lawyer resigns, Priti disappears, some deaths occur, and so on. You see, Priti's father is Sadgun Thakur, the corrupt MLA who becomes an MP as the story progresses. That explains all the misfortune - even the cops are in his pocket.

Drawing inspiration from real life cases, Dehraadun Express has its fair share of shock-value moments and dialogues. It follows Aakash's journey as he tries to get the court to come to a decision.

Unlike Sabrina Lall in No One Killed Jessica, Aakash is somewhat self-absorbed and wimpy. This aspect in his character immediately turns the movie into just another preachy movie with little substance. There is a lot of crying and wailing, and tragic moments, but you wish it would get over and done with quickly - you get it, India has flaws and justice is always delayed etc., but there is little else happening between one court session and another. Some of the saccharine-sweet moments may make you nauseous.

The movie spans a period of eight years, but none of the characters ages a single day, despite all the stress that they go through. And Priti's evolution from a college girl to a tragic figure with mental problems is handled very shabbily. Two-thirds of the movie deals with courts and lawyers, and some of the liberties taken with court proceedings and orders are too fantastical to be believed.

It hardly helps that the actors ham throughout the movie. Rohit Bakshi and Ragini Nandwani are straight out of a TV serial - their expressions, smiles, body language, dialogue delivery, dance steps, problems etc. are reminiscent of youth soaps on television. Both of them have extreme reactions to situations, and overacting is an understatement. And both wear heavy make-up.

Adhyayan Suman tries his best to carry the movie on his shoulders, but fails. At least he is sincere. Vishal Bhosle is suitably menacing. Manuj Bhaskar has too little to do, and looks too young to be a retired IAS officer.

The actors, then, are the three older women in the film - Rati Agnihotri, Neelima Azim and Ashwini Kalsekar. They are earnest, although they do go overboard with their roles. Ashwini Kalsekar is the most convincing of the lot.

Then there is this other actor who plays the role of an important witness, who looks like a drug addict but is actually a God-fearing honest man. His portrayal of the character is effective, and the most genuine in the movie.

The production design is below average. Passing off Mumbai locations as Dehradun locales is passé - sometimes, it becomes confusing, because some of the landmarks are obviously in Mumbai, like the bungalow that the Sharmas live in. Since Dehradun is a part of the title, a few more visuals of the place could have created the required ambience.

Low budget may be a factor here, and that would explain why the few shots of a "London suburb" are so unconvincing, but it could have been presented better. Costumes fare no better, and Rati Agnihotri looks like she got her own clothes, because her sarees stand out in sharp contrast.

Dehraadun Diary deals with an issue that should be discussed - honour killing. The movie could have made a difference, especially now, with the entire nation clamouring for better laws, but sadly, it makes a mockery of the issue. Not intentionally, because the makers obviously believe in their product, but maybe bigger producers and actors were not interested in this story, and therefore it was made within limited resources. Watch it just to appreciate the initiative of the makers, and nothing else.
Share. Save. Connect.
Tweet
DEHRAADUN DIARY SNAPSHOT 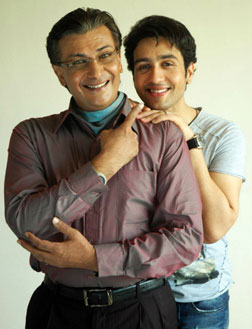 ADVERTISEMENT
This page was tagged for
Dehraadun Diary hindi movie
Dehraadun Diary reviews
release date
Adhyayan Suman, Rohit Bakhshi
theatres list
Follow @fullhyderabad
Follow fullhyd.com on
About Hyderabad
The Hyderabad Community
Improve fullhyd.com
More
Our Other Local Guides
Our other sites
© Copyright 1999-2009 LRR Technologies (Hyderabad), Pvt Ltd. All rights reserved. fullhyd, fullhyderabad, Welcome To The Neighbourhood are trademarks of LRR Technologies (Hyderabad) Pvt Ltd. The textual, graphic, audio and audiovisual material in this site is protected by copyright law. You may not copy, distribute, or use this material except as necessary for your personal, non-commercial use. Any trademarks are the properties of their respective owners. More on Hyderabad, India. Jobs in Hyderabad.