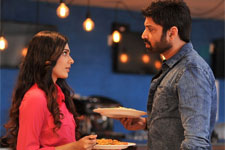 T J Reddy / fullhyd.com
EDITOR RATING
6.0
Performances
Script
Music/Soundtrack
Visuals
7.0
7.0
5.0
5.0
Suggestions
Can watch again
No
Good for kids
Yes
Good for dates
Yes
Wait to rent it
No
On Shark Tank, Mark Cuban has an impressive thought process. In talking to entrepreneurs when evaluating investment options, he categorizes them into either entrepreneurs or want-repreneurs or idiots. Entrepreneurs being the trailblazing business owners/innovators, want-reprenuers being the ones who aspire to the former but are hindered by either having a weak product, business model, attitude or all of the above. And the idiots are, well, quite self-explanatory.

Applying this theory to today's film, the original entrepreneur/trailblazer with the structure and story Malli Raava tries to tell is 1989 classic When Harry Met Sally. The want-repreneur is 2004's Hum Tum. And the idiots are too high in number to list or even count. Let's see which category Malli Raava falls into.

Malli Raava chronicles three stages in the lives of Karthik (Sumanth) and Anjali (Aakanksha Singh). Set in 1999, 2012 and 2017, the film lets us watch as the duo's bond begins, develops and ultimately reaches a culmination, in the three respective years. In these three specific years, Karthik and Anjali meet each other at their school, then at their workplace, and finally when one of them is pencilled in to be married and the other is set to go overseas for work.

The film jumps back and forth in time as each of their encounters comes with new sets of rules and baggage they have to contend with while having both a near-primal need and an enduring love for each other.

With contemporary films like Ninnu Kori, Fida, Pelli Choopulu, Mental Madilo, Ala Modalaindi, a sneakily well-written romance in Golconda High School (starring Sumanth) and relatively older ones such as Anand and Godavari (Sumanth again), we are witnessing a new age of Telugu Cinema that prefers telling human stories instead of harping on stereotypes.

While an admirable effort is being made to change decades-old perceptions of what "works", these new efforts should not be immune to healthy criticism. For all its ambition, Malli Ravva commits one cardinal filmmaking sin, and a few lesser ones. The primary knock on this film's presentation would be its insistence on talking about rather than showing its characters' emotions and growth as people. With so much voice-over shadowing pivotal scenes, the very development of characters is somewhat stunted and comes off as unearned.

This is especially frustrating since there is a particularly heartbreaking scene between Karthik and Anjali that is presented with muted dialogue and lets the audience fill in the gaps with their own understanding of the characters they have been watching for over an hour, and works pretty well. It is a shame that that level of confidence on the part of the filmmakers is not a part of the film on a whole.

Preeti Asrani who plays the 1999 version of Anjali is one of the highlights of the movie. The young actress is the primary reason for Anjali becoming a compelling character. Her performance elevates the entire film and acts as both its heart and mind. Even Akanksha Singh can rarely leave a mark on the character given how well her younger counterpart has established it.

The men, however, are not so lucky. The character of Karthik is wholly one-dimensional, and its primary reason for existence seems to be to fall in and stay in love with Anjali. The character evolves at the fag end of the film, but it is too little, too late. Sumanth is well-versed in essaying nuanced performances for romantic leads, and does the best he can with the limited character he has been afforded. Sathwik who plays the younger version of the character looks the part, but his acting ability needs a whole lot more polish.

This requirement for polish extends to the film's music and visual aesthetic. While the score works at engaging the audience subtly, the palpably needless songs stick out like an orange tag on a black shirt. The visuals work in quite the opposite way. The movie has scenes that are greatly improved by some clever choice of background imagery and foreground actions, but these moments disappear into the background when the story takes centrestage.

Ultimately, this is a film with shortcomings in the audio, visual, characterization, writing, direction and, most of all, pacing departments. This acts as proof that a great concept alone does not make a great movie, and hence this film's makers fall into the category of want-repreneurs.

But, like Mr Cuban, we don't discourage want-repreneurs. We criticize them in a healthy manner because we know they are diamonds in the rough. There are truly spellbinding films to be made with them. Simply put, when a filmmaker chooses ambition over convention, he/she has plenty of people's vote of confidence.
Share. Save. Connect.
Tweet
MALLI RAAVA SNAPSHOT 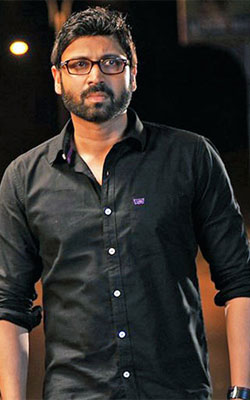 See Malli Raava full details
MALLI RAAVA USER REVIEWS
1 - 3 OF 3 COMMENTS
POSITIVE  |  NEGATIVE |  NEWEST  |  OLDEST  |  MOST HELPFUL  |  LEAST HELPFUL
USER RATING
7.0
1 USER
Performances
Script
Music/Soundtrack
Visuals
NA
NA
NA
NA
Can watch again - NA
Good for kids - NA
Good for dates - NA
Wait to rent it - NA
Raghu M on 8th Mar 2018, 9:02am | Permalink
I got to watch it today, on YouTube. Not sure how I missed this beauty until now. I just couldn't move from from my seat until the credits started rolling.

I feel in love with both the heroines, hero's friend, hero, music, humor, background score and the list goes on.

Rating of 6 is to harsh, I think. I rate is higher than Ninnu Kori.
Raghu M on 8th Mar 2018, 9:04am | Permalink
*fell in love with..
The Common Movie Goer on 21st Feb 2018, 11:23pm | Permalink
Late on this comment but had to leave one here, both for the movie and the review. This is one of the most confusing movies I've seen in a while. It wasn't confusing because it was complicated, it was confusing because I couldn't pinpoint which part of the movie appealed to me so much.

When I think about it, the locations were meh, the pacing was on the slower side, and quite a few songs popped up against the flow of storytelling. But the performances were compelling, maybe because they were subtle and nuanced. Sumanth is one of my all time faves, and I think Akanksha Singh did an exceptional job. Helps that she is a looker. I normally cringe at teen love stories, but this one was narrated with aplomb. The movie was dominated by things that could have ultimately hampered the experience, but that didn't happen.

If you could help me understand why this happened, and why the movie had that "feel-good-factor, that would be much appreciated.

How did you come up with the Shark Tank analogy, TJ? It was apt AF.

I loved the album to bits, and felt the movie had some of the best songs in the recent past (anything with Karthik and Sunitha in it, and I am drawn like a moth to a flame).
RATING
7
Josh. on 10th Dec 2017, 10:37pm | Permalink
I agree with your funda that Telugu films are getting past stereotypes but of all those films you mention, none except Ninnu Kori really works as cinema for me. I mean, in my own evaluation and not as a reviewer trying to assess the film's ability to meet its own targets. Fida and Pellichupulu are great but I don't get this thing of person dropping their career abroad to live in a village for his/her sweetheart stuff (didn't buy it in Fida and cringed in Satamanam Bhavathi). And Pellichupulu is quite cotton candy - I don't think I ever cared for the lead characters as much as I cheered for Time ante Kaushik, Kaushik ante Time.

I watched Malli Raava and enjoyed it. The comedy is a bit basic but I appreciate that character motivations are reasonably sketched (and as you mentioned Preeti Asrani makes a sturdy impression). The climax is what tipped it from a 6 to 7 for me but it's a pity we can't discuss it without spoilers.

And the title song is rather lovely. You should probably give it a listen without considering the movie context.
TJ Reddy on 10th Dec 2017, 10:59pm | Permalink
The comedy in this movie is super forced. As in it adds nothing to the film at all. I'm confident someone read the script and said it's too serious and added those scenes with the manager and his crew.
TJ Reddy on 10th Dec 2017, 10:58pm | Permalink
I share your opinion about Fida whole heartedly dude. That ending and the ending of Arjun Reddy are two-fers on how not to finish decent films. But going by Public Opinion, it has been categorised at that higher echelon of Telugu cinema.

You and I are dead opposites on Ninnu Kori and Pellichoopulu. I prefer the latter to the former even though the former is quite decent (except for that needlessly overdrawn first half).

And coming to this one, that ending is indeed brilliant. But until it comes, the character of Karthik is way too one dimensional for my liking. Would have liked to see some more from him. The one moment he showed he has something other that "I love this girl" to offer to the film is when the 2012 portion of the film ends. In my opinion, it is the strongest part of the film. It captures every character at their absolute best.

ADVERTISEMENT
This page was tagged for
malli raava full movie download movierulz
Malli Raava movierulz Download
Malli raava telugu movie download
Malli Raava movie Download movierulz
Movieruz
Follow @fullhyderabad
Follow fullhyd.com on
About Hyderabad
The Hyderabad Community
Improve fullhyd.com
More
Our Other Local Guides
Our other sites
© Copyright 1999-2009 LRR Technologies (Hyderabad), Pvt Ltd. All rights reserved. fullhyd, fullhyderabad, Welcome To The Neighbourhood are trademarks of LRR Technologies (Hyderabad) Pvt Ltd. The textual, graphic, audio and audiovisual material in this site is protected by copyright law. You may not copy, distribute, or use this material except as necessary for your personal, non-commercial use. Any trademarks are the properties of their respective owners. More on Hyderabad, India. Jobs in Hyderabad.