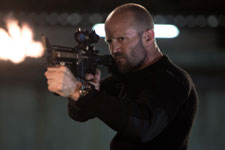 Jaiwantika Dutta-Dhupkar / fullhyd.com
EDITOR RATING
4.0
Performances
Script
Music/Soundtrack
Visuals
7.0
4.0
4.0
7.0
Suggestions
Can watch again
No
Good for kids
No
Good for dates
Yes
Wait to rent it
Yes
In what has now become quite characteristic of this genre, Mechanic Resurrection is yet another movie reminiscent of a video game, with nice, mind-bending visuals and a wafer-thin plotline. It manages this and is quite the resurrection, because audiences clearly love this stuff, if the packed theatre full of college students bunking classes and cheering for the film was proof enough.

What binds this hodgepodge together is actually a love-story-cum-kidnap-drama. Arthur Bishop (Jason Statham), hard-boiled assassin par compare, goes weak-kneed on meeting Gina (Jessica Alba), and throws all caution to the wind. Then Jessica gets kidnapped, and Bishop has to assassinate a couple of unfortunate people, because when love calls the shots, everything is justified. We're given some fascinating insights on how exactly Bishop goes about exterminating those mean vermin - he doesn't just shoot them down or poison them or smother them with a pillow, no way. His style matches the hi-tech nature of the action sequences and the VFX to the T.

Watching Mechanic Resurrection is about as interesting as watching pest-control exterminate vermin. If you're the sort who gets a perverse joy out of something like that, this is definitely the kind of film you'd enjoy. The movie takes an immense amount of time to make a rather simple point; and it begins to drag towards the end. The climax is an absolute disaster, with a silly man-to-man combat scene aboard a boat that's blown up later being the best the makers could come up with.

The film also has no interesting women. Michelle Yeoh as Mae drifts in and out rather quickly, and Jessica Alba as Gina is probably playing one of the most boring characters in her entire career. The minor villains, all playing second fiddle to Bishop's over-riding badness, predictably stand no chance. The movie lacks a surprise element and seems like an assassin's instruction manual - almost, except that the cinematography gives it away.

Mechanic Resurrection has a visual style that makes its unappealing storyline seem moderately palatable. The cinematography is the pretty gift-wrap to this grisly attempt at filmmaking. The editing is good, too, and ensures the audience is through with the film in less than an hour and a half. There are some excellently choreographed action-scenes that truly top their class. The performances add weight to the film - Jason Statham as Bishop carries this lack-lustre film on his shoulders, Jessica Alba gives a restrained performance, and Michelle Yeoh is good even in the miniscule role she's given. Tommy Lee Jones makes a brief appearance as Max Adams, but it's Statham's show all the way.

Mechanic Resurrection is quite the typical sequel. It keeps up the pretense of continuation, as well as keeps audiences delighted and returning to the theatres. Watch it with your friends - they'll keep you from noticing the gaping holes in the plot.
Share. Save. Connect.
Tweet
MECHANIC RESURRECTION SNAPSHOT 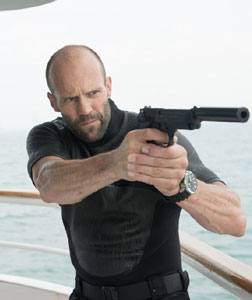 ADVERTISEMENT
This page was tagged for
Mechanic Resurrection english movie
Mechanic Resurrection reviews
release date
Jason Statham, Jessica Alba
theatres list
Follow @fullhyderabad
Follow fullhyd.com on
About Hyderabad
The Hyderabad Community
Improve fullhyd.com
More
Our Other Local Guides
Our other sites
© Copyright 1999-2009 LRR Technologies (Hyderabad), Pvt Ltd. All rights reserved. fullhyd, fullhyderabad, Welcome To The Neighbourhood are trademarks of LRR Technologies (Hyderabad) Pvt Ltd. The textual, graphic, audio and audiovisual material in this site is protected by copyright law. You may not copy, distribute, or use this material except as necessary for your personal, non-commercial use. Any trademarks are the properties of their respective owners. More on Hyderabad, India. Jobs in Hyderabad.