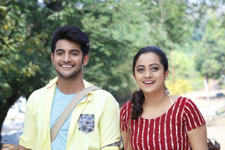 Ravi Kandala / fullhyd.com
EDITOR RATING
1.0
Performances
Script
Music/Soundtrack
Visuals
2.0
1.0
1.0
5.0
Suggestions
Can watch again
No
Good for kids
No
Good for dates
No
Wait to rent it
No
Veerabhadram Chowdary made Bhai before this. We remember Nagarjuna coming out and saying openly that Bhai was one of his worst career choices and that he regretted being in that movie. Now consider Aadi's situation. He hasn't had a hit for God knows how long (has he ever had one?). His dad had to put in money to bail out his previous movie Garam, which was a disaster.

In this kind of a situation, what would one do? Pick a "safe" director (read - one who has made a few moneyspinners recently) and move away from elements that did not work in his previous movie and make a safe movie. Aadi, however, picked Veerabhadram Chowdary. And in spite of receiving strong feedback that his lithe frame does not make him suitable for a mass hero role, he incorporates at least four fights where he beats up people twice his size without so much as a bruise. And now, he will face the consequences of his decision. It might be a while (or it might never happen) before someone offers Veerabhadram another film to direct, and Aadi is likely to be facing a similar situation, too.

Chuttalabbayi is about Babji (Aadi), a young man working as a recovery agent for a bank in Hyderabad. He comes across a girl named Kavya (Namitha Pramod) at a wedding and at a couple of other places. Kavya's brother is the ACP of Hyderabad, Gautam Krishna (Abhimanyu Singh with a weird moustache). Gautam sees Kavya speaking to Babji, decides that they are in love, and sends policemen after Aadi.

Aadi goes to Gautam's house to clear the air, but spots Kavya escaping from there, and decides to help her on the condition that she will speak to her brother and tell him that Aadi has nothing to do with her. How this journey leads them to Aadi's village and his father Dorababu (Sai Kumar), and the consequences of the derring-do, form the second half of this excruciating film.

Right from the beginning, Chuttalabbayi aims for low-brow comedy that rarely impresses all those of us who've seen much better from Tollywood. Sample this - a wife wakes up in the middle of the night to her husband's snoring and says, "When he said he wouldn't let me sleep all night, I thought he would do something else - I didn't know he would snore non-stop."

Here's another one - Babji helps a girl at a wedding wear a saree. Her friends later spot Babji in a train they are all in, and rush to him with sarees asking him to help them wear them. Each of them then proceeds to go into the train's bathroom with Babji and comes out wearing a saree. And all this is seen by a comedian who keeps wondering how the hero has so much stamina.

These are just a couple out of a zillion wannabe and mostly inane scenes that play out in the movie - all of them in the name of comedy. Added to this, there is a second female lead who is there only for the sake of a bikini scene where she swims in the village pond and all the villagers stand around taking selfies. Then there are villains who duly appear, get beaten up and disappear. And there is the lead heroine who runs away from home whenever her brother looks up a match for her, and thinks nothing of staying at a stranger's house like it was her own. Aadi keeps lamenting that he wants to go the US or UK but does absolutely nothing about it - just like he seems to be doing nothing about his lack of acting skills. He dances well, but that's not going to take him too far. Sai Kumar appears in an extremely inconsequential role.

The songs are completely unnecessary and are scored like they were meant to be discarded. The production values are however decent.

Chuttalabbayi - the title is completely irrelevant by the way - will take Aadi further down the road to catastrophe. If he has any desire of making a comeback, he should be looking towards some fresh romcom material and not the mass masala films that he is terrible at.
Share. Save. Connect.
Tweet
CHUTTALABBAYI SNAPSHOT 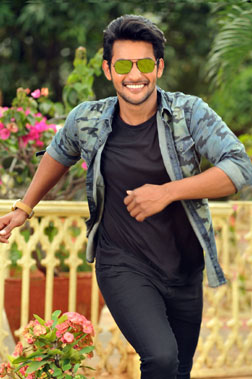 ADVERTISEMENT
This page was tagged for
www telugu chuttalabbayi full telugu movie com
Chuttalabbayi telugu movie
Chuttalabbayi reviews
release date
Aditya Pudipeddi, Namitha Pramod
Follow @fullhyderabad
Follow fullhyd.com on
About Hyderabad
The Hyderabad Community
Improve fullhyd.com
More
Our Other Local Guides
Our other sites
© Copyright 1999-2009 LRR Technologies (Hyderabad), Pvt Ltd. All rights reserved. fullhyd, fullhyderabad, Welcome To The Neighbourhood are trademarks of LRR Technologies (Hyderabad) Pvt Ltd. The textual, graphic, audio and audiovisual material in this site is protected by copyright law. You may not copy, distribute, or use this material except as necessary for your personal, non-commercial use. Any trademarks are the properties of their respective owners. More on Hyderabad, India. Jobs in Hyderabad.