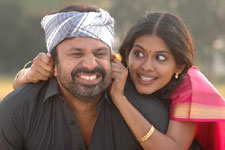 Kritika Deval / fullhyd.com
EDITOR RATING
6.5
Performances
Script
Music/Soundtrack
Visuals
7.0
6.5
7.0
7.0
Suggestions
Can watch again
Yes
Good for kids
No
Good for dates
No
Wait for OTT
No
Despite all the awards and adulation Naa Bangaru Talli has commanded, a South-Indian film tackling this kind of subject cannot help but strike trepidation in the hearts of reviewers. About 15 minutes into the film, though, is all it takes for you to offer fervent thanks for the fact that you still have proponents of the alternative genre who believe that a worthy subject does not have to entail a montage of misery and pain that engenders not a smidgen of empathy among its viewers.

Naa Bangaru Talli begins in Amalapuram with the story of a bright young girl named Durga (Anjali Patil), and her dreams of making the most of her formidable intellect by getting a seat in a college in Hyderabad, where her father Srinivasan (Siddique) so often goes off on work. Siddique, although a loving father, is adamant that his daughter stay in the small town and study in a nearby college.

When the time comes for Srinivasan to go to Hyderabad on some work, Durga decides to take her future into her own hands and runs away secretly to the city to attend an interview for admission there. Here, she falls prey to kidnappers and is taken to a brothel. As she comes to terms with her situation and takes stock of her options, she learns some shocking truths that reveal just how thin the line is that separates what we like to think as being a normal, healthy life, and the sordid misery of the existence of those who've slipped through the threads in the fabric of life.

Meanwhile, Srinivasan, who is distressingly aware of the pitfalls awaiting young innocents in the city, now has to come to terms with his own failings as he searches for his daughter.

As is only to be expected, Naa Bangaru Talli is often a discomfiting watch made all the more unpalatable by the knowledge that the events occurring happened outside the bounds of fiction. For all the film's unwillingness to spare our blushes, so to speak, it tackles each chapter in Durga's journey with a humanity that makes it difficult to hold your emotions at arm's length. It also helps that the story-telling is truly engaging, alternating between quiet drama to taut thriller with flair.

The montage of misery and pain we mentioned above does, in fact, show up, and often drags the tale down. This tendency our "serious" filmmakers have of smacking at our faces with human misery just, well, because, is as tiresome as it is unnecessary, besides being a lazy and ineffective way of getting people to notice that "bad things are happening".

Nevertheless, Naa Bangaru Talli ends up being, if not a fun watch (it is not meant to be, you know), at least a terribly compelling one simply because of the way writer and director Rajesh Touchriver holds the querulous parts together with his distinctive voice to make a terribly emphatic whole.

Anjali Patil enters wholeheartedly into Touchriver's vision, delivering a varied performance with confidence, if not perfect consistency. Siddique and the rest of the cast, while shadowed by Patil's superlative performance, deliver to their best, firmly guided by Touchriver.

The dialogue is used as though it is a particularly scarce resource, only where it can make the maximum impact, with all the empty lines filled in through evocative silences helped along by Shantanu Moitra's emotionally pliant background score. The camera is wielded to great effect, creating an atmosphere that shifts from shadows to light, organically molding itself to the story.

Durga's heart-rending tale might be one that is hard to stomach even on the sterile pages of the daily newspaper, but it needed to be told, and Touchriver's Naa Bangaru Talli tells it, for the most part, with the heart that it deserves. Be forewarned of the emotional upheaval that awaits you, and you will enjoy yourself better.
Share. Save. Connect.
Tweet
NAA BANGAARU TALLI SNAPSHOT 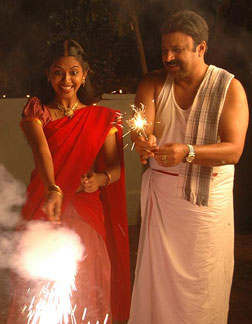 ADVERTISEMENT
This page was tagged for
naa bangaaru talli movie review
Naa Bangaaru Talli telugu movie
Naa Bangaaru Talli reviews
release date
Siddique, Anjali Patil
Follow @fullhyderabad
Follow fullhyd.com on
About Hyderabad
The Hyderabad Community
Improve fullhyd.com
More
Our Other Local Guides
Our other sites
© Copyright 1999-2009 LRR Technologies (Hyderabad), Pvt Ltd. All rights reserved. fullhyd, fullhyderabad, Welcome To The Neighbourhood are trademarks of LRR Technologies (Hyderabad) Pvt Ltd. The textual, graphic, audio and audiovisual material in this site is protected by copyright law. You may not copy, distribute, or use this material except as necessary for your personal, non-commercial use. Any trademarks are the properties of their respective owners. More on Hyderabad, India. Jobs in Hyderabad.