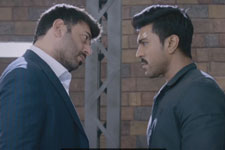 Ravi Kandala / fullhyd.com
EDITOR RATING
7.0
Performances
Script
Music/Soundtrack
Visuals
6.0
7.0
5.0
7.0
Suggestions
Can watch again
No
Good for kids
No
Good for dates
Yes
Wait to rent it
No
Ram Charan is one of the young heroes with a good success ratio. Sure, his last two movies have not done well, but before that he had hits like Raccha, Nayak and Yevadu. All three of those were highly generic mass movies with not a trace of intelligent scripting, and that made Ram Charan a safe bet for producers after that. However, the phase could not continue forever and the mass hero had to change. And has he!

For starters, Charan has built himself a six-pack. A full song in the beginning of the film is dedicated to showing this off. Script-wise too, he has clearly become scriptwise. The fact that Dhruva does not even have a mass fight in the climax should tell you volumes about how he's evolved. The film depends on its script, and while it gives Charan a couple of his mass superstar moments, there are no grandstanding, no posturing and no slo-mo entrances. In essence, "prati scene climax laga undaali" is not the dictum in this one. And that is the most welcome change.

Dhruva is about Dhruva (Ram Charan), a young trainee in the IPS academy. Dhruva is a conscientious man who does not believe in waiting to graduate to do good deeds, and keeps sneaking out with his fellow students in the academy and solving crimes at nights. Ishika (Rakul Preet Singh) is in love with him, but he tells her that he has a different goal and does not want to lose focus.

He keeps pursuing three big industrialists and believes that if he can take down the man behind them, he can put away a hundred criminals. Once he starts pursuing his target, though, he realizes that his enemy is much more powerful. How he finally brings the latter down forms the rest of the movie.

Surender Reddy stays true to the Tamil original, making only scattered changes to give Charan a couple of powerful moments. The first half of the film unfolds in a lethargic and disjointed manner, but once the chase begins, and Charan and the villain (played by Arvind Swamy) realise who / what they are up against, the movie takes off in earnest. The cat and mouse game is very well showcased, and except for the breaks for a couple of songs, the film plays out really well. While the concept of 8 that was publicized so much is not really that big a reveal, it does give the movie a good ending. The sluggish first half, the songs which are more of speed and mood-breakers, and some length issues apart, Dhruva is Ram Charan's comeback.

Charan gets a full makeover and looks quite stylish. The amount of work he's done to develop his body is amazing, but his acting abilities remain limited. He does well within his limitations, though. Rakul Preet has a small role but does enough to entice the mass audiences in the Pareshanura song. Arvind Swamy, on the other hand, walks away with all the acting honours. He is uber suave and makes a great comeback. The supporting cast are all fine.

Technically, the film is top-notch. Surender Reddy has always made sleek movies, and he pushes the envelope further in this one. The cinematography and production values are all impressive. The music, though, is functional, and the songs, as mentioned above, are mostly interferences in spite of being very well shot.

Dhruva is a departure for Ram Charan and for our masala movies. It could have been much better without the songs and with some better emotional connect, but it is still a few rungs above the regular masala fare that you get to see.
Share. Save. Connect.
Tweet
DHRUVA SNAPSHOT 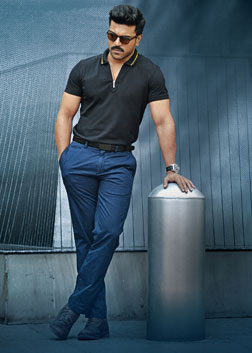 ADVERTISEMENT
This page was tagged for
dhruva full movie intelugu
dhruva full movie in Telugu
dhruva full movie in telugu
druva full movie in telugu
Dhruva telugu movie
Follow @fullhyderabad
Follow fullhyd.com on
About Hyderabad
The Hyderabad Community
Improve fullhyd.com
More
Our Other Local Guides
Our other sites
© Copyright 1999-2009 LRR Technologies (Hyderabad), Pvt Ltd. All rights reserved. fullhyd, fullhyderabad, Welcome To The Neighbourhood are trademarks of LRR Technologies (Hyderabad) Pvt Ltd. The textual, graphic, audio and audiovisual material in this site is protected by copyright law. You may not copy, distribute, or use this material except as necessary for your personal, non-commercial use. Any trademarks are the properties of their respective owners. More on Hyderabad, India. Jobs in Hyderabad.