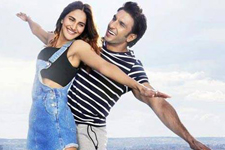 Pappu: Umm... I was thinking I should get myself, uhm, a new pair of jeans...

Papa: Haha... why are you so worried about asking that? Absolutely, beta. We'll get you a pair of jeans. What colour do you want?

Pappu: Papa, the thing is... I wanted the torn-style jeans.

Papa: Torn-style? You mean those jeans with holes in them?

Papa: Hmm... okay, beta. Why would we refuse what you ask for? Sure. We'll get you a pair of jeans, torn-style. What brand would you like? Levi's or Pepe?

Pappu: Papa, really? You will buy them for me?

Papa: Of course, beta [wide smile]. You should wear what you like. Just tell me which brand.

Pappu: [Wider smile] Oh Papa, thank you! Can you buy the jeans from Wrangler?

Papa: Haha... sure. Wrangler it will be.

Pappu spent that night dreaming about his trendy jeans. He'd never imagined his father would be so cool about them. He had worried that his father would plain refuse to buy them and perhaps even insult them, maybe call them a beggar's clothing. Still, Pappu decided to try his luck, and turns out dad was rather open-minded after all.

The next day, Pappu got his pair of jeans. Purchased from Wrangler at Rs. 4,999. They were the model he asked for, too. Except... the torn parts were stitched up. By mamma. Because, of course, Papa asked her to.

You'll feel like Pappu watching Befikre. Aditya Chopra makes you happy, incredibly happy, with his pleasantly light and surprisingly progressive film (or we felt so because of the DDLJ and RNBJ experience). That is, until he seemed to have realized that he can't be actually be making a film that sensible. Then, he sacrifices sense and sensibility at the altar of Bollywood.

Befikre is the story of a Delhi-origin stand-up comedian Dharam (Ranveer Singh) and a French-born tour-guide Shyra (Vaani Kapoor). They enter a no-strings-attached relationship, subsequently break up, subsequently befriend each other, and inevitably (and rather blood-curdlingly) fall for each other again. Gasp! Spoiler! You obviously wouldn't have guessed that from an Aditya Chopra film, would you?

Anyway, said Hindi stand-up comedian and French tour-guide start off by spending a lot of time in a swanky apartment in Paris. Before you can begin to wonder how they can manage to live in such inexplicable opulence, they make sure to distract you with the dares they give each other, raising other questions such as - how are they not confined in prison or in an asylum?

Some of their crimes - sorry, dares - include assault of a police officer, vandalism, shoplifting, trespassing, and unlawful use of commercial property. However, the biggest of their crimes is possibly the attempt to tell us that all this delinquency by brown-skinned folks would be indulged by white cops with not more than a slap on the wrist.

Nevertheless, the film manages to entertain. After movies like Tamasha and Ae Dil Hai Mushkil which desperately try to look like fun, Befikre comes across a genuinely light film. It helps that it doesn't try to courier heavy issues under the bubble wrap. Befikre is legitimately keen on providing you with a large parcel of popping bubble wrap, and the actors make the best of it.

Ranvir Singh as a libidinous and immature goof is an impeccable choice, comparable to casting Jackie Chan as a Chinese martial artist, or Katrina Kaif as a (well-carved) log of wood. If it weren't for Singh's charm, you'd end up loathing his Dharam.

And that brings us to the trouble with Befikre. Dharam is a douche of the nth order and yet, solely on account of his being a Hindi film hero, the wonderful Shyra comes back to love him.

What makes you "incredibly happy" about Befikre is Vaani Kapoor's Shyra - undeniably the strongest aspect of the film. Watching the promos you can be forgiven for thinking that she is there just for the hot body. Who would've thought the character was going to be full-bodied?

Watching Kapoor as Shyra, you can forget that part of her duties as a Hindi film heroine is getting ogled at. She registers herself as a person, and one that you can care about. She possesses that rare quality called agency. The actress needs to be complimented for her dignified essaying of the role, but you also feel thankful to Chopra for making that possible. He writes the character as someone who has had multiple partners and who very much enjoys sex, and yet, the film never judges her for it. He lets her be, and he lets her be respectable.

But then he remembers he has to get her to spend happily-ever-after with Dharam. He wants you to buy their romance as love that is deep and lasting. He wants you to want them to be together. He fails. You wish she'd dumped Dharam and went on to live a rich and satisfying life.

Chopra's plot could still have worked had he redeemed Dharam in some way. But instead he has Shyra discovering her inner Punjabi and her craving for everything Punjabi. Now if you find that tacky, then we're sorry to inform you that the succeeding events are worse. The supposedly humourous climax ends up being plain baloney. Why build a lovely character and have you invest in her fortunes heavily and then squander her life on a nincompoop?

Nevertheless, if you are immune enough to the whimsical ways of Bollywood, you'll find Befikre a well-rendered film. The music (Vishal-Shekhar) is peppy, and the score (Michael McCleary) serves the scenes admirably. The cinematography by Onoyama has that interesting quality to it where the camera acts like a curious observer who's constantly moving to obtain the best view of the proceedings without obstructing them. The production values are exactly what you'd expect from a YRF film. You just wish they didn't feel the need to stitch those torn jeans.
Share. Save. Connect.
Tweet
BEFIKRE SNAPSHOT 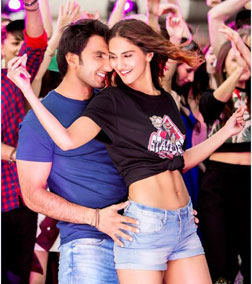 ADVERTISEMENT
This page was tagged for
befikre 4 movie in hindi
befikre in hindi movie
Befikre hindi movie
Befikre reviews
release date
Follow @fullhyderabad
Follow fullhyd.com on
About Hyderabad
The Hyderabad Community
Improve fullhyd.com
More
Our Other Local Guides
Our other sites
© Copyright 1999-2009 LRR Technologies (Hyderabad), Pvt Ltd. All rights reserved. fullhyd, fullhyderabad, Welcome To The Neighbourhood are trademarks of LRR Technologies (Hyderabad) Pvt Ltd. The textual, graphic, audio and audiovisual material in this site is protected by copyright law. You may not copy, distribute, or use this material except as necessary for your personal, non-commercial use. Any trademarks are the properties of their respective owners. More on Hyderabad, India. Jobs in Hyderabad.