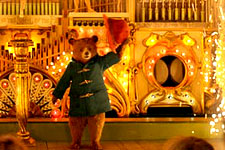 T J Reddy / fullhyd.com
EDITOR RATING
8.0
Performances
Script
Music/Soundtrack
Visuals
9.0
7.0
8.0
9.0
Suggestions
Can watch again
Yes
Good for kids
Yes
Good for dates
Yes
Wait for OTT
No
A formal letter to the formal British written with a sense of formality. Please deliver this to 10 Downing Street or to the townsfolk at Big Ben or Picadilly Circus. My apologies - I'm ignorant of any real addresses, and my laziness prevents me from searching for one.

Ladies and Gentleman of jolly old England. You might be wondering why I addressed this needlessly written open letter to your Prime Minister and all of you instead of your filmmaking countrymen. Rest assured, I have my reasons.

Bigshots in the land of British cinema David Heyman and his merry men and women do not seem to be paying much heed to the ways of their filmmaking brethren across the pond. They seem to be the kind of folk who watched The Smurfs or the Ted movies, scoffed at them with disdain and disgust while sipping on some delightful tea, and made better movies that showed respect to time-honoured British icons.

I look at them and ask: Where are the pound signs in their eyes? And where are the cheap cash grabs that follow? Why aren't these men and women tricking gullible children with disposable merchandise and stealing money out of their bored parents' wallets, I ask you? I need an answer, damn it.

Before I pose a few more pressing questions and offer up my sage advice, let's get past the obligatory plot description. The movie co-writer/director Paul King put out is a sequel to the 2014 film Paddington, and picks up a year after the events of said film. Paddington (Ben Whishaw) has fit in quite well with The Browns and plans to send in a present to his aunt Lucy. As his aunt harboured a dream of visiting London but never found the time or resources to do so, Paddington's choice of gift is a pop-up book of London which contains in it the twelve most prominent sites of the city.

But his hard work to procure the aforementioned antique book is in vain as he finds himself wrongly convicted of being a common criminal and is sentenced to prison for 10 years. Paddington's journey towards clearing his name, procuring his gift and bringing the true criminal to justice, all while stuffing down sandwiches drenched in marmalade, forms the rest of the film.

The issues with Paddington 2 begin with this plot. What were they thinking when they sketched out a tale with such focus and purity of intent? Paul King and his team clearly have not watched the Despicable Me sequels and hence don't understand the need to have multiple plots one of which involves finding a f*****g unicorn.

The crew's limited understanding of the financials of filmmaking is on full display, too. They don't have sentient yellow jellybeans (minions) in prison gear saying "banana" and farting a few hundred times in a cheap ploy to sell merchandise. Instead, they have a beloved children's character most parents in the audience grew up with and are now passing down to their kids. They treated this hat- and jacket-wearing, beautifully rendered anthropomorphic bear with reverence by choosing quality storytelling, and at the end of the day made only a few hundreds of millions of dollars instead of a billion dollars. What a colossal loss, I tell you. That extra money could have funded a few hundred more bad films and warped your children's minds for free.

Because of this ineptitude, parents will only watch these Paddington movies yearly with their kids instead of forgetting them altogether after leaving the theatres, and as we all know, spending time with your little ones is a worthless exercise.

The filmmakers also choose to never refer to their actors' previous works in the hopes of firing off those nostalgia hormones. They had Mad-Eye Moody (Brendan Gleeson) and Professor Slughorn (Jim Broadbent) and yet never made a Harry Potter reference. Instead, they let these seasoned veterans play their roles with conviction and make their characters their own.

No Downton Abbey references for you Hugh Bonneville, no Love Actually references for you Hugh Grant, and surely no James Bond retreads for you Ben Whishaw. We don't take our lessons from The Boss Baby around these parts. We won't have you retread lines from your famous roles. We want you to create fully formed characters that stand on their own merit. No wonder, this film will not end up capturing the zeitgeist like The Boss Baby did.

Also, why is the movie's score so understated? If the overpowering music isn't telling me how to feel, how will I know which emotional centre of my brain I need to activate? You Brits forget that I'm just a dumb 20-something who can't think for himself. And if I can't think for myself, what chance do those tiny tots have of having genuine emotional reactions? It's not like they are tiny versions of people with hearts and brains. Get us some loud background noises and hack replays of disco music, damn it. That's what makes good movies.

And, where are all the poop jokes and lazy animation? These guys and girls actually respected the audience and thought that they'd catch both the broad and subtle jokes, didn't they? As an add-on, they cherished the medium of film and told a story using said medium by incorporating an endless series of visual gags and plot points which add layers to the story. Again, where are my vaudevillian jokes with people slipping on banana peels and getting wedgies? Seeing people's asses and watching them writhe in pain is what true comedy is about. Someone needs to inform these snobby filmmaking types about it.

I could go on and on about all the issues plaguing this film and the subsequent plagues it just might unleash on the world. But I'll simply end it by paraphrasing what one of your own, Kate Beckinsale, said in the movie Serendipity. The English got bad teeth, bad hair and good children's movies. You got the short end of the stick lads, you just don't know it.

P S: And all the satire aside, if you want to spend a good weekend evening at the movies with your families, you should watch this one. There is something for everyone. I've never wanted to eat marmalade and prison food more.
Share. Save. Connect.
Tweet
PADDINGTON 2 SNAPSHOT 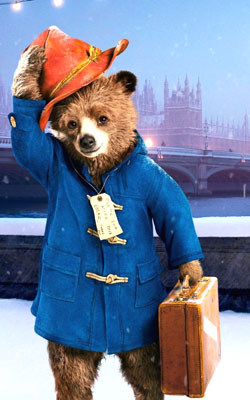 ADVERTISEMENT
This page was tagged for
paddyton 2
Paddington 2 english movie
Paddington 2 reviews
release date
Hugh Bonneville, Sally Hawkins
Follow @fullhyderabad
Follow fullhyd.com on
About Hyderabad
The Hyderabad Community
Improve fullhyd.com
More
Our Other Local Guides
Our other sites
© Copyright 1999-2009 LRR Technologies (Hyderabad), Pvt Ltd. All rights reserved. fullhyd, fullhyderabad, Welcome To The Neighbourhood are trademarks of LRR Technologies (Hyderabad) Pvt Ltd. The textual, graphic, audio and audiovisual material in this site is protected by copyright law. You may not copy, distribute, or use this material except as necessary for your personal, non-commercial use. Any trademarks are the properties of their respective owners. More on Hyderabad, India. Jobs in Hyderabad.