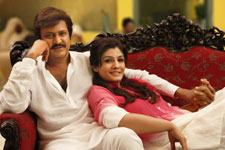 Kritika Deval / fullhyd.com
EDITOR RATING
6.5
Performances
Script
Music/Soundtrack
Visuals
7.0
5.5
6.5
7.0
Suggestions
Can watch again
No
Good for kids
Yes
Good for dates
No
Wait to rent it
No
Pandavulu Pandavulu Thummeda is a funny film. In fact, it is two different films. Don't see how that could work?

Well, here's the first half. Naidu (Mohan Babu) is a tour guide in Bangkok who lives with three sons Ajay (Manchu Manoj), Lucky (Tanish) and some forgettable and forgotten character played by Varun Sandesh. They get into a scuffle with two brothers - Vijay (Manchu Vishnu) and a variation of what Vennela Kishore generally does - from another mother (but not until later - *wink* *wink*), thus necessitating that their parents meet to sort out what the crazy kids did.

It is then that Naidu realizes that that beauteous virago (Raveena Tandon) is none other than the love that was torn out of his life when he was young (Enter flashback. No makeup was bothered with.) Once the flashback is done, the soulmates who find each other once again have to go back to their own lives because it would be unseemly if they were to engage in romantic shenanigans at their age. Also, there are the boys.

Enter Honey (Hansika Motwani), a bubbly young thing also living in Bangkok who finagles a home with Vijay under pretenses of being an orphan. She sets everything right, and through a series of very specifically familiar events, gets the couple together and the boys OK with it. Now, where have we seen this exact same story? Oh, wait.

Then it turns out that the actual movie is yet to begin, and that it only begins after the interval, when we find out about the skeletons in the heroine's closet, in fact. And how it begins! The first half is contrived, more than vaguely irritating, downright boring most of the time. The flashback aims at being satirical, but hams it up to such an extent that we thought the ghost of Mangal Pandey might show up.

Maybe it's just us, but the writers seem to be much better at coming up with their own whackadilloes (Don't bother googling that word. We just pulled it out of our genius behinds), because the second half, a sort of contemporary re-enactment of how the Pandavas get Draupadi back from the treacherous Kauravas, is pretty awesome. The tone changes, the pace changes, even the acting changes. We get Bramhanandam as Bapure in what is easily one of his best comic roles.

The dialogue is snappy and clever pretty much throughout. We don't want to tell you anything about that second half because we really want you to watch it. We just wish the dreary first half didn't have to come along for the ride. Not even the actors felt good in the first part. It is only after the interval that the three Manchus (we felt the lack of Lakshmi, we really did) came into their own and had the kind of blast they set out to have in every movie involving any of them.

As we mentioned above, in the "actual" movie, all performances are pitch perfect, thanks as much to the direction as to the actors' own merits. All three Manchus are so very energetic that it's adorable. Not one of them is what you'd call plain handsome, but they're so happy doing what they do best that it's infectious.

Raveena Tandon looks lovely, but that's pretty much all they needed her for. Hansika sticks to her bubbly, cute, hyper shtick to good effect. Pranitha is a very pretty girl, and perhaps our filmmakers should stop taking advantage of her saucer-sized eyes and centerfold body; and give her roles that involve a bit more thespic ability. They even made Varun Sandesh be something other than Varun Sandesh! He gave a surprisingly alive performance.

The music is quite catchy with fun lyrics, and you'll find yourself not getting up for your pee breaks during songs coz you wanna hear it all (the guy next to us kept getting up and sitting down). The cinematography and editing are a joy to watch, especially in the songs.

All in all, you wouldn't mind the couple of hours you'll never get back after watching this one. If and when you do watch it, do stay throughout and don't let the drab first part get to you. After all, you're still getting ek ke daam pe do.
Share. Save. Connect.
Tweet
PANDAVULU PANDAVULU TUMMEDA SNAPSHOT 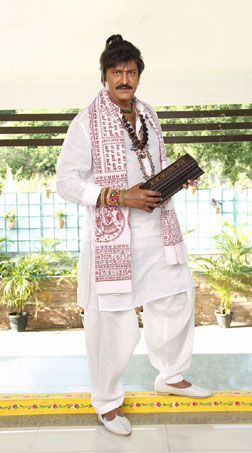 ADVERTISEMENT
This page was tagged for
www.talung movie pandavulu pandavulu tummeda full hd movie .com
pandaulu pandaulu tummeda telugu sogs
Pandavulu Pandavulu Tummeda telugu movie
Pandavulu Pandavulu Tummeda reviews
release date
Follow @fullhyderabad
Follow fullhyd.com on
About Hyderabad
The Hyderabad Community
Improve fullhyd.com
More
Our Other Local Guides
Our other sites
© Copyright 1999-2009 LRR Technologies (Hyderabad), Pvt Ltd. All rights reserved. fullhyd, fullhyderabad, Welcome To The Neighbourhood are trademarks of LRR Technologies (Hyderabad) Pvt Ltd. The textual, graphic, audio and audiovisual material in this site is protected by copyright law. You may not copy, distribute, or use this material except as necessary for your personal, non-commercial use. Any trademarks are the properties of their respective owners. More on Hyderabad, India. Jobs in Hyderabad.