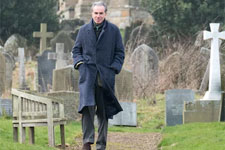 T J Reddy / fullhyd.com
EDITOR RATING
10
Performances
Script
Music/Soundtrack
Visuals
10.0
9.0
10.0
9.0
Suggestions
Can watch again
Yes
Good for kids
No
Good for dates
Yes
Wait for OTT
No
Meryl Streep's Miranda Priestly from The Devil Wears Prada taught most of us never to look down at the fashion industry. Her verbal dressing down of Anne Hathaway's Andy, while she explains how her "unfashionable" purple sweater came into being, is one of the best bits of acting and sensible storytelling ever put to film.

While an understanding of the high-stakes world of high-end fashion will help you sink your teeth into Phantom Thread with ease, there is more to the movie than meets the eye. For, an exploration of the world of fashion is the least of this movie's concerns. At a point in the film, Reynolds Woodcock (Daniel Day-Lewis) talks about how an artist leaves hidden bits and pieces in his work that only he/she is privy to. Director Paul Thomas Anderson, too, is one such artist.

First, the plot. Woodcock is a genius. He is obsessive, eccentric and controlling, but he is a genius. He works as a dressmaker for the rich, the fancy and the royalty of 1950s' Europe. His sister Cyril (Leslie Manville) manages the business side of his label while he handles the creative aspect. After falling out of love with his old muse, Reynolds finds and is smitten by a shy, young waitress Alma (Vicky Krieps). He anoints her as his new muse, has her live with him in his home/studio, and works tirelessly at crafting the most elegant and regal dresses in the known world using her body as the canvas. The movie follows their wildly erratic relationship as it oscillates between proximity and distance as they learn to accept each other and themselves for who they truly are.

Like an iceberg floating in the ocean, the movie's plot represents only 10% of what it has to offer. Losing yourself in the movie's beautiful yet claustrophobic world reveals the hidden 90%. If you were a film student, you would quite likely want to write your thesis based on this movie chronicling its many nuances, hidden symbols and layered story-telling. Since we cannot do all of that here, we'll discuss a couple of entry-level layers to the movie that are more easily noticeable.

One: The relationship between Woodcock and Alma is a subtle allegory for the relationship an artist and his/her fanbase/muses share. As time passes, a popular artist is conflicted by whether to stick to a genre to satiate his fanbase or to break free and evolve. How healthy is the relationship the two share if it stifles one in the fear of the other?

Two: The film takes a hard look at the close relationships we share. Specifically, it takes being with a significant other as an example. Before we start to share our lives with another person, we are set in our ways. We long for human connection as that fulfills a major need, but that might need us to change our ways. The Reynolds in us might be a person looking for a muse and not much else, but the Alma standing before us might look for more than that platonic relationship.

The question the film asks is, is it healthy to alter our way of living when someone else enters our lives? It forces you to face the dark and almost destructive underbellies holding your personal relationships afloat.

Indeed, the movie makes you look inward with every scene and sequence. It rarely even asks you a question, let alone give you the answers. It presents itself as a piece of art. It wants you to gaze at it and subsequently taint it with your personal experiences and viewpoints. No question asked or no answer unearthed is either right or wrong. The sheer amount of trust placed squarely on your shoulders is what makes this film excellent.

Speaking of excellent things, Sir Daniel Day-Lewis bows out of his stellar acting career in style. The man conveys more with a glance than most actors manage in an entire film. Watching him lose himself in his craft is a treat to both a film novice and an aficionado. The walk, the talk, the mannerisms, the hypnotic brilliance of his character work and his sartorial acumen are all readily available to be savoured.

Going toe to toe with him in every scene are Vicky Krieps and Leslie Manville. The women act as the equally dark and eccentric counterbalances to Day-Lewis' Reynolds. This might be the first story in a long while where a yang-yang combination works to create harmony.

The story is set in an elegantly designed house that is brilliantly rendered as a claustrophobic nightmare. This is achieved in no small part due to the efforts of the set decorators, designers, prop masters and the many other unsung heroes of every movie who bring their A-game to this one. The film's arresting camerawork, deliberate editing, layered shot structure, the cold, detached aura it carries with itself, and the grain inhabiting every shot are all stark reminders that the men and women behind the camera know their craft, and are more than pleased to have us indulge in their passion.

The highest of praise goes to Jonny Greenwood's score that is both mesmerizing and terrifying in equal parts. The guitarist from Radiohead offers up a heaping helping of his brand of unsettling music to a movie that prides itself on being unsettling. Everything from the sound of an operatic piano to that of a slice of toast being buttered is meticulously crafted. Each note adds to the film's overall narrative in subtle ways. Indeed, there are many rewards to be found when you pay as much attention to watching the movie as its makers did while crafting it.

For a film so heavily and conservatively covered in clothing, it carries with itself a sense of nakedness. Unlike 2017's Mother! or Stanley Kubrick's spellbinding Eyes Wide Shut, the movie chooses not to shock you into making you notice its narrative and thematic significance. It instead lulls you into a false sense of security and then allows you to unlock, undress and explore your psyche as the director explores his characters. The drawbacks associated with this method of storytelling are well-documented, and for good reason. I, for one, cannot stand The Unbearable Lightness Of Being.

But each of us has our own unique perspective. When an unjudgemental piece of art asks us to imprint our experiences onto it, all it takes to be hooked is for the jagged edges to align.
Share. Save. Connect.
Tweet
PHANTOM THREAD SNAPSHOT 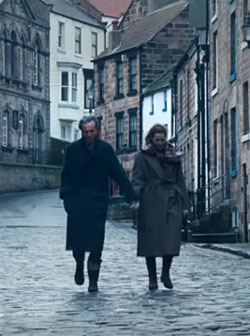 See Phantom Thread full details
PHANTOM THREAD USER REVIEWS
1 - 2 OF 2 COMMENTS
POSITIVE  |  NEGATIVE |  NEWEST  |  OLDEST  |  MOST HELPFUL  |  LEAST HELPFUL
The Common Movie Goer on 7th Feb 2018, 1:29am | Permalink
Aww, man! I should've gone and seen this movie instead of Paddington 2 (RT let me down big time, the audience rating was skewed in its favor compared to Phantom Thread). Paddington was highly overrated and for more than half the runtime, I was hoping the movie would come to an end soon. Definitely going to check this out this weekend. Thanks for the rec, TJ.
TJ Reddy on 7th Feb 2018, 4:34am | Permalink
Oh dude. I'm so disappointed that Paddington didn't work for you. I loved it so much and I was so pleasantly surprised when I watched it. I gave it a glowing review too. Too each his own I guess.

Hopefully this one plays well for you. Being an art film, it runs the risk of completely alienating you too.
The Common Movie Goer on 8th Feb 2018, 12:26am | Permalink
I didn't realize a review for Paddington had been posted already on Fullhyd. I must've missed it for some reason. I agree with everything in your review, but I can't explain why I thought it was middling fare. It just didn't appeal to me, and I love Pixar (Toy Story, Coco, Inside Out, etc.) and Disney movies (Frozen included). Have you seen Molly's game (brilliant!) and I, Tonya (very good) yet? Definitely recommend those, even if you have to watch them online (I saw them at the movies, and I love Sorkin's movies).

I'll post my thoughts about this Phantom Thread if I end up watching it. I am so psyched for Black Panther. But then again, I didn't like Thor Ragnarok, but I loved Justice League, so...
TJ Reddy on 8th Feb 2018, 6:11am | Permalink
Comedy is very subjective. I align with British comic sensibilities a whole lot so it clicks for me very well.

I really liked I, Tonya. Yet to get around to Molly's Game. Sorkin and his writing are always a joy to watch.

I'm actually more psyched for Black Panther's Album than the film itself. Kendrick Lamar is behind that and I can't wait till it drops.
Josh on 6th Feb 2018, 9:32pm | Permalink
I'll not comment on the rating because we certainly have very different rating philosophies.

But I agree with pretty much all the review. Particularly the part about 'tainting it with your own personal experiences and viewpoints'. That's such a perfect explanation for the sort of good film this is. I'd have struggled and might still not have found a description that succinct and and substantive.
TJ Reddy on 6th Feb 2018, 11:34pm | Permalink
Josh you know as well as I do that the rating system is a very reductive way of categorizing and studying cinema itself.

I'm glad that the film made you think like it did with me. I've still not been able to get it out of mind and my girlfriend is about to lose it because I can't stop deconstructing our relationship by discussing this film endlessly. PTA is a master at this genre of filmmaking. When I think of There will be Blood or The Master or Punch Drunk Love, I never see him trying too hard to get the audience to sympathise with his characters. He presents his stories and puts the audience to task. The confidence he has is unparalleled.

ADVERTISEMENT
This page was tagged for
Phantom Thread english movie
Phantom Thread reviews
release date
Daniel Day-Lewis, Lesley Manville
theatres list
Follow @fullhyderabad
Follow fullhyd.com on
About Hyderabad
The Hyderabad Community
Improve fullhyd.com
More
Our Other Local Guides
Our other sites
© Copyright 1999-2009 LRR Technologies (Hyderabad), Pvt Ltd. All rights reserved. fullhyd, fullhyderabad, Welcome To The Neighbourhood are trademarks of LRR Technologies (Hyderabad) Pvt Ltd. The textual, graphic, audio and audiovisual material in this site is protected by copyright law. You may not copy, distribute, or use this material except as necessary for your personal, non-commercial use. Any trademarks are the properties of their respective owners. More on Hyderabad, India. Jobs in Hyderabad.