Waiting For You Review 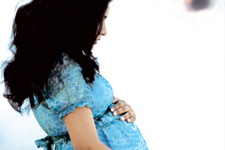 Ravi Kandala / fullhyd.com
EDITOR RATING
1.0
Performances
Script
Music/Soundtrack
Visuals
1.0
1.0
1.0
1.0
Suggestions
Can watch again
No
Good for kids
No
Good for dates
No
Wait for OTT
No
You just have to hand it (the Nobel Peace Prize or something to that effect) to us. The fact that we go to these movies week after week after week, and write these reviews to warn gullible public against venturing into (or anywhere near) theatres playing these mindless flicks should be enough to give us a sure-shot chance at a nomination for such an award, and a reasonable chance of winning one.

Imagine the amount of violence we are preventing, after all - not only do we not actively seek out the directors of these movies with an intention to cause grievous bodily harm, but we also prevent hundreds of others (or so we hope) from seeing the movie and developing such intentions.

In the case of Waiting For You, there is a specific warning that we would like to issue. Please ensure that you take one look at the stills of the movie (if they are available) and have a fair idea of who the lead is in this flick. It took us a long, long time in the first half to figure out who the "hero" is, and once we figured out, we had a hard time believing he was the hero (we still don't believe it, actually).

If you do see the movie, you will mostly come out and spend a long, long time in front of the mirror trying to debate how much better you are than him, and why you shouldn't leave your day job and begin trials to become the next mega, giga or whatever other star you fancy.

Another warning - do ensure that you walk in before the movie begins (if you still decide to walk in after the first two paras, you actually do not deserve any more warnings, but we being our good selves, will still give it). This is because it is quite difficult to differentiate the movie from the mandatory news reel, so if you happen to walk in after the movie begins, you might spend the next hour waiting for the news reel to end.

The plot of the movie has several parallel tracks running independently of one another until a contrived finale brings them together. The hero of the piece, Deva (Ravi), is a paramedic in KIMS, who travels with the ambulance. Deva loves his job (or so we are told), and risks his life several times to save patients.

He falls in love with the daughter of one of the patients he saves. The girl, Swapna (Gayatri), is an RJ, and when she loses her father shortly after Deva saves him, she immediately proceeds to do the dirty with the latter.

She then tells her friends that she intends to get married before her fiancee becomes a father (WE ARE NOT MAKING THIS UP). She does not want him to risk his life any further, and asks him to come to the railway station, leaving everything. When he does not turn up, she hops onto a train and leaves!

The second track is that of a factionist, Adi Seshu, who is targeted by his own brother. Deva saves his life in a bomb blast. Adi Seshu stays in coma for an year, comes out, and starts hunting down the people who tried to kill him.

The third track involves a politician whose name is Kaama Ratnam (Raghu Babu), who is trying to ensure that people take him seriously. With a name like that, good luck mate!

There is another track involving a nurse Sana (Sony Charista), who also loves the hero Deva. She has a vulgar track with a guy who calls himself Johnny Fresh and describes himself as an A.R.S.E (America Returned Software Engineer).

The director creates his own contrivances to ensure that all these tracks converge at some level during the climax. The film is sheer torture for its entire running length. It seems like an advertisement of sorts for several things - 1. KIMS Hospital 2. RedFM 3. Ambulance drivers and paramedics. The protagonist and his friend, an ambulance driver, have a full-fledged fight with a bunch of factionists to rescue someone who called for help. And there are several places where the duo talk about the sacrifices they make to ensure that the city sleeps peacefully.

About the only good part of the film is a track involving L B Sriram, who plays a municipality worker. He delivers several thought-provoking lines, and gives several messages to the gullible voting public, all of which will sadly go waste! One of the best lines in the movie is when he tells a politician that in the guise of giving rice for a rupee, they have increased the prices of everything else, including gas, so much that the public cannot even cook the rice that they buy for that rupee.

The hero looks like a junior artiste who is always given a position in the last line in group songs that have a minimum of 300 dancers. He wears one look throughout the movie, be it in an action sequence, a romantic sequence, or the mandatory hot song sequence.

The heroines match him every step of the way, but still cannot match up to his expressionlessness! In fact, except for L B Sriram, everyone else in the movie was clearly in it for the money.

Technical values are non-existent, with the entire film having a dark and unfinished look. Going into any greater detail about the other aspects of the film could potentially have violent consequences to people around us.

It is sad that people gave a film like Oka Romantic Crime Katha a chance, encouraging the director come up with another movie. The poster, which screams '"Oka pellikaani ammaayi prema katha - Delivering Aug 30" and showing the silhouette of a pregnant girl, is completely misleading.

Do not - we repeat - do not venture anywhere near a theatre where this is playing. You definitely have far more important people '"waiting for you" at home.
Share. Save. Connect.
Tweet
WAITING FOR YOU SNAPSHOT

ADVERTISEMENT
This page was tagged for
Waiting For You telugu movie
Waiting For You reviews
release date
Ravi, Gayatri
theatres list
Follow @fullhyderabad
Follow fullhyd.com on
About Hyderabad
The Hyderabad Community
Improve fullhyd.com
More
Our Other Local Guides
Our other sites
© Copyright 1999-2009 LRR Technologies (Hyderabad), Pvt Ltd. All rights reserved. fullhyd, fullhyderabad, Welcome To The Neighbourhood are trademarks of LRR Technologies (Hyderabad) Pvt Ltd. The textual, graphic, audio and audiovisual material in this site is protected by copyright law. You may not copy, distribute, or use this material except as necessary for your personal, non-commercial use. Any trademarks are the properties of their respective owners. More on Hyderabad, India. Jobs in Hyderabad.