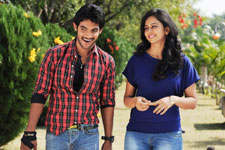 Kritika Deval / fullhyd.com
EDITOR RATING
4.5
Performances
Script
Music/Soundtrack
Visuals
6.0
4.0
5.0
7.0
Suggestions
Can watch again
No
Good for kids
No
Good for dates
No
Wait for OTT
Yes
The amount of creativity being expended by our filmmakers boggles the mind. Over the course of three consecutive weeks, this writer has consumed cinematic gems titled Erra Bus, Rowdy Fellow, and, now, Rough. All this thesaurus hunting must leave them without much time to figure out things to put in the actual films these titles grace, because, despite all appearances to the contrary, you can juggle around these titles without making an iota of difference to the films themselves.

Take this latest offering, for instance. Chandu (Aadi) is an orphan with a past who falls in love with Nandini (Rakul Preet Singh), and has the brilliant idea of butting heads with her millionaire brother Siddharth (Srihari) before trying to make headway with her.

Nandini does love her brother, a sentiment that is most heartily reciprocated. And now Nandini must either make Sophie's Choice, or circumstances must conspire to reconcile both her options with one another. As these circumstances take a whole lot of time to get around to conspiring, we are left watching the load of extraneous comedy, "sentiment", songs and fight scenes it takes to stretch a half hour's worth of plot into a feature length film.

Thanks to competent screenwriting, all of these scenes, individually taken, are entertaining enough, if you're into drama for the sake of its own self, but take a collective toll on your attention span, especially when you're not quite convinced there even is a story until well into the second half. The tedium is even more frustrating as you're quite sure that when things do get around to happening, they will meet all of your expectations with even more tedious alacrity. And you will not be wrong.

Despite the entirely commonplace nature of Rough, Srihari in his element, as the scarily loving big brother, comes close to making the whole thing worth it. He is sure to make you wipe your eyes surreptitiously as always, although Rakul Preet Singh's vapid portrayal of his sister hardly seems worth the effort.

Aadi does exactly all that is expected of him, and although his presence has definitely improved, his thespic chops are nowhere in evidence. The rest of the cast is little more than an annoyance, with Bramhanandam and co. not contributing much more to the film than to flesh it out.

While the camera work is pretty, it involves scenes that needed to be edited with a much freer hand. The soundtrack is as ordinary as the rest of this entirely ordinary venture, with the background score being only slightly better.

Rough might try to pass itself off as a mass entertainer, but it rarely entertains. Nostalgia for Srihari in his milieu might drag you to the theatres, but you'll be hard put to finish your tenure in there, and nor will you be tempted to pass on any recommendations.
Share. Save. Connect.
Tweet
ROUGH SNAPSHOT 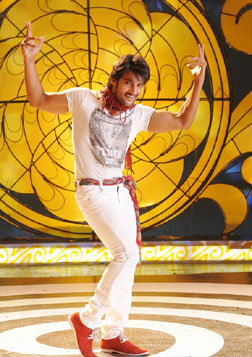 ADVERTISEMENT
This page was tagged for
Rough telugu movie
Rough reviews
release date
Aadi, Rakul Preet Singh
theatres list
Follow @fullhyderabad
Follow fullhyd.com on
About Hyderabad
The Hyderabad Community
Improve fullhyd.com
More
Our Other Local Guides
Our other sites
© Copyright 1999-2009 LRR Technologies (Hyderabad), Pvt Ltd. All rights reserved. fullhyd, fullhyderabad, Welcome To The Neighbourhood are trademarks of LRR Technologies (Hyderabad) Pvt Ltd. The textual, graphic, audio and audiovisual material in this site is protected by copyright law. You may not copy, distribute, or use this material except as necessary for your personal, non-commercial use. Any trademarks are the properties of their respective owners. More on Hyderabad, India. Jobs in Hyderabad.