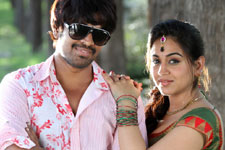 Kritika Deval / fullhyd.com
EDITOR RATING
2.0
Performances
Script
Music/Soundtrack
Visuals
5.0
2.0
5.0
3.0
Suggestions
Can watch again
No
Good for kids
No
Good for dates
No
Wait for OTT
No
The summer is a pain. There's sweat and grime everywhere, and the seat of your bike heats up until just sitting on it is, well, a (we're saying something risqué, but you can't hear us 'coz the censor board went crazy - but more on that later).

Dying to get out of it all, we hurriedly pay for our tickets, buy our fryums, and rush into the theatre to experience the best thing about watching something in a single-screen - the wonderful, cool breeze that hits you as soon as you open the door.

And then, we sit down. The seats are comfortable... and we're sure you are beginning to notice that we're rambling, and most certainly not talking about the movie as we're supposed to. You see, we don't much want to. It took us ages to figure out who the hero was, as they all look like a bunch of ruffians, and, within 20 minutes of us sitting in the theatre, we have in our faces around 10 sets of hairy and bloody buttocks, a condition said buttocks owe to the "Village Big Man", Bhadram (Ahuti Prasad).

Moving past the derrieres, Rye Rye is the story of an ingenue called Lakshmi (Aksha), who is Bhadram's daughter, and a lummox with roving eyes and hands called Sreenu (Srinivas). For reasons as inexplicable as crop circles and the birth of mankind, the empty-headed Lakshmi seems to like being groped, and leched at, by Sreenu.

Now, Sreenu's friends are scared as hell of Lakshmi's father, with good reason - the guy has no lagaam on his haath, and Sreenu has none on his zubaan. So, when Lakshmi decides she'd rather run away with the love of her unburdened-by-wit life, than go to America to pursue further studies as mandated by her father, it's upto Sreenu's friends to save all of their skins.

The movie might seem like a spoof of all things formula in Tollywood, but that might be giving too much credit to a director who seems to have decided that romance involves the "hero" looking up and down at the heroine in a way that would make the stoutest-hearted female feel thoroughly violated. Hell, we were feeling violated from our top row seats!

And, did we mention the dialogue? It is apparently so smutty that most of it is left unsaid, with only stray guffaws from Hyderabad's youngbloods leaving you with the assumption that whatever it is that the people on screen are mouthing is unspeakably dirty.

Also, apparently, the only thing standing between young women and harlotry is them getting a cell phone, which, incidentally, is how our turtledoves meet in the first place, Sreenu being the owner of a cell phone shop.

The music, which is peppy enough for a wedding band, is better off right there. You don't need to put yourself through all of this to listen to it. Incidentally, the camera work also belongs to a slightly better-than-average wedding recorder.

So, is there any reason why you should watch this one? No, no, NO! Haven't y'all been reading the review?

There is no need for you to get out in this heat, and risk a sun stroke. Sit at home with the blinders drawn, get a nice cool glass of nimbu paani, and watch whatever's on TV.
Share. Save. Connect.
Tweet
RYE RYE SNAPSHOT 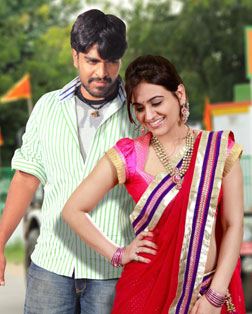 ADVERTISEMENT
This page was tagged for
Rye Rye Movie
rye rye movie download
Rye rye film
rye rye movie hd download
rye rye telugu movie download
Follow @fullhyderabad
Follow fullhyd.com on
About Hyderabad
The Hyderabad Community
Improve fullhyd.com
More
Our Other Local Guides
Our other sites
© Copyright 1999-2009 LRR Technologies (Hyderabad), Pvt Ltd. All rights reserved. fullhyd, fullhyderabad, Welcome To The Neighbourhood are trademarks of LRR Technologies (Hyderabad) Pvt Ltd. The textual, graphic, audio and audiovisual material in this site is protected by copyright law. You may not copy, distribute, or use this material except as necessary for your personal, non-commercial use. Any trademarks are the properties of their respective owners. More on Hyderabad, India. Jobs in Hyderabad.