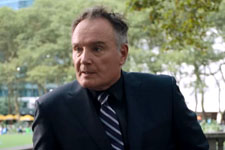 Sai Tulasi Neppali / fullhyd.com
EDITOR RATING
8.0
Performances
Script
Music/Soundtrack
Visuals
8.0
8.0
7.0
7.0
Suggestions
Can watch again
Yes
Good for kids
No
Good for dates
No
Wait for OTT
No
When New York Times investigative reporters Jodi Kantor and Meghan Twohey broke the story of Harvey Weinstein's decades-old predatory behavior, they could hardly have predicted that their article would supercharge the #MeToo movement, that they would publish a best-selling book about their reporting work, and that Brad Pitt would help turn the book into a movie starring Zoe Kazan and Carrey Mulligan.

"I am afraid that nobody is going care [once the story is published]," Meghan remarks as they scramble to get the final quotes in place. Today, as She Said gets a worldwide release and Weinstein serves a 23-year prison sentence on criminal sexual assault charges, Meghan and Jodi must know how much people really cared.

She Said takes us deep into the rigours of the journalistic process. It is 2016 and a quiet feminist revolution is underway - leaked tapes of Trump's nasty "locker-room talk" have shocked the world, and Fox News anchor Bill O'Reilly is ousted on allegations of inappropriate behavior. Seizing on the momentum, the Times newsroom launches a far-reaching investigation into the pervasive nature of sexual misbehaviour.

Long-time reporter Jodi Kantor (Zoe Kazan) has heard whispers about Weinstein, and wants to follow up to see where they might lead. Almost naively, she quips, "I'll talk to actresses and Miramax employees." Weinstein's misbehavior is an open secret, but Jodi quickly learns that few are willing to go on record. Those that want to are bound to silence by confidentiality agreements. So Jodi turns to Meghan who has had experience with getting women to talk. Together they begin a months-long process of chasing down leads and gathering evidence.

No doubt the movie's biggest challenge was in creating a compelling story out of the tedious procedures of an investigation: phone calls, knocking on doors, hush-hush dinner conversations. Screenplay writer Rebecca Lenkiewicz achieves a good balance by weaving in Jodi's and Meghan's personal lives. We see them not only as dogged investigators but as mothers who are juggling family life while fielding threatening phone calls from Weinstein's honchos.

It's the stories of Harvey's victims, though, that make a lasting impression. From Laura Madden who couldn't stop sobbing as Harvey forces her into the shower with him, to Miramax assistant Zelda Perkins whose career is torpedoed after she confronts him. As these women recall their experiences with Jodi and Meghan, the mixture of guilt, complicity, anger and doubt they carry, even decades later, is still potent. The visuals take us through Hotel Peninsula where many of these encounters occurred. We see the vestiges of the assaults - bathrobes on the bed, panties on the floor, and showers running - and this is enough to make us raw with emotion.

It's this dignified approach to storytelling that gives She Said a credible air. If director Maria Schrader had taken any creative liberties to recreate Harvey's sordid acts, the film might have seemed insincere and cheap.

Schrader also adds some much-needed colour to the characters. Carrey Mulligan plays a confident, no-nonsense Meghan Twohey, whereas Zoe Kazan's Jodi Kantor is nervous and edgy, and wears that wide-eyed look of a small fish in a big pond. The contrasting portrayals work to separate their roles - while the less-intimidating Kazan interviews the victims, Mulligan verbally spars with Weinstein and his men.

Whether the real Meghan and Jodi share a sisterly bond or have a more competitive dynamic is never apparent in the book, so Mulligan and Kazan seem to have split the difference by maintaining a respectful yet cordial distance between their characters.

Patricia Clarkson who plays Rebecca Corbett, the head of the investigation department, has few lines, but her Miranda Preistly look - slick bob and chunky necklaces - makes her a formidable figure.

She Said makes an impact because of its restraint, not despite it. Only in one instance, when Meghan cusses a guy at a bar for lewdly trying to hit on her, does the embellishment feel a bit on the nose. But otherwise, the film is true to the source material of the book. She Said has none of the flairs of adapted movies like The Big Short, but it still makes that visceral impact in the way that only a big-screen movie can. It is hard to imagine a better way that the Weinstein saga could be told.
Share. Save. Connect.
Tweet
SHE SAID SNAPSHOT 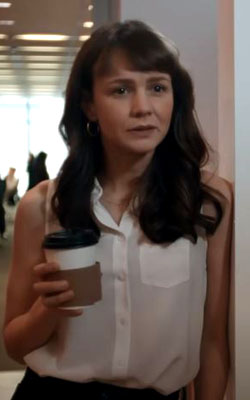 ADVERTISEMENT
This page was tagged for
She Said english movie
She Said reviews
release date
Carey Mulligan, Zoe Kazan
theatres list
Follow @fullhyderabad
Follow fullhyd.com on
About Hyderabad
The Hyderabad Community
Improve fullhyd.com
More
Our Other Local Guides
Our other sites
© Copyright 1999-2009 LRR Technologies (Hyderabad), Pvt Ltd. All rights reserved. fullhyd, fullhyderabad, Welcome To The Neighbourhood are trademarks of LRR Technologies (Hyderabad) Pvt Ltd. The textual, graphic, audio and audiovisual material in this site is protected by copyright law. You may not copy, distribute, or use this material except as necessary for your personal, non-commercial use. Any trademarks are the properties of their respective owners. More on Hyderabad, India. Jobs in Hyderabad.