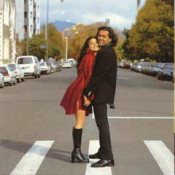 Suggestions
Can watch again
NA
Good for kids
NA
Good for dates
NA
Wait to rent it
NA
Abbas-Mastan's career graph seems to have taken a dip, starting with Daraar. Their last offering, Soldier, was another slack suspense movie. The duo doesn't see the need to reinvent themselves and go on churning out suspense flicks.

Vijay Malhotra (Pankaj Dheer) is an honest officer, who oversees the transport of weapons from one place to another. Three corrupt colleagues of his, Virender (Dalip Tahil), Pratap (Suresh Oberoi) and Jaswant (Salim Ghouse), see him as a hindrance to their underhand dealings and murder him with the connivance of DK, a mystery character.

Twenty years later, Vicky (Bobby Deol) receives a fax from Vijay's son Kapoor (Aashish Vidyarthi), who is now a police comissioner. Kapoor orders Vicky to kill Jaswant, which he promptly does. Next on the Kapoor-Vicky hitlist are Pratap and Virender who now live in Australia. Here Vicky meets Pratap's daughter, Preity (Preity Zinta), and cupid strikes.

All this while, the identity of Vicky is not clear and it is resolved only in the climax.

The suspense in the film is not taut enough and a little guesswork will have the identity of the villain for you even before the screenplay does. Keeping with the trend, about 3/4ths of the movie is shot abroad - Australia and New Zealand.

The performances from the lead pair are average. Preity is bubbly for the most part and that is where she scores. Bobby Deol doesn't seem to have a clue about emoting. He sports a baffled look when it comes to that part. Moreover, a second suspense movie, not too long after the first, is not a great career move.

The direction leaves a lot to be desired. There are too many distractions in the form of songs, even though a couple of them are hummable and well picturised. The fact is that they don't serve to maintain the tautness of the proceedings. The comedy part isn't exactly a redeeming feature.

The next time around Abbas-Mastan would do well to explore the genre of suspense a little more.

ADVERTISEMENT
This page was tagged for
hindi soldier movie
Soldier Dalip Tahil movie
Soldier hindi movie
Soldier reviews
release date
Follow @fullhyderabad
Follow fullhyd.com on
About Hyderabad
The Hyderabad Community
Improve fullhyd.com
More
Our Other Local Guides
Our other sites
© Copyright 1999-2009 LRR Technologies (Hyderabad), Pvt Ltd. All rights reserved. fullhyd, fullhyderabad, Welcome To The Neighbourhood are trademarks of LRR Technologies (Hyderabad) Pvt Ltd. The textual, graphic, audio and audiovisual material in this site is protected by copyright law. You may not copy, distribute, or use this material except as necessary for your personal, non-commercial use. Any trademarks are the properties of their respective owners. More on Hyderabad, India. Jobs in Hyderabad.