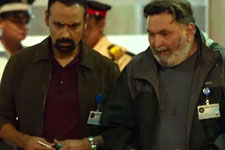 T J Reddy / fullhyd.com
EDITOR RATING
3.0
Performances
Script
Music/Soundtrack
Visuals
4.0
2.0
3.0
4.0
Suggestions
Can watch again
No
Good for kids
No
Good for dates
No
Wait for OTT
Yes
Why are people disappointed with life and with each other? The answer to that question is more straightforward than one might think.

People have certain expectations from each other and the universe. Those expectations rarely, if ever, are wholly fulfilled. This outcome leads to dissatisfaction, which soon morphs into disappointment. People are disappointed with their spouses, their children, their parents and their extended families. They are annoyed with the roads they travel on, the traffic lights that monitor those roads, the grocery stores and workplaces the roads lead to, the leaders who falsely promise that those roads, stores and workplaces will improve under their leadership, and so on.

We took one such road to watch a random movie on this fateful day. We had no expectations from this film as we hadn't heard about it until the day of its release. We didn't know who starred in it, who directed it, who scored it, which studio was releasing it, nothing. The Zen masters may have been right. The key to true happiness is taking the world's many twists and turns as they come along with little to no expectation.

The movie began playing, and we soon saw that it was produced by Viacom 18. Their studio logo comes up after they remind their audience of the fact that they are responsible for hit films including Bhaag Milkha Bhaag, Queen, Andhadhun and many more. They were setting an expectation.

Soon after, we see that the film stars the legendary Rishi Kapoor, talk of the town Sobitha Dhulipala, and the man who has turned a corner Emraan Hashmi, and has been helmed by Drishyam's director Jeetu Joseph. That is a stellar crew. Against our better judgment, we began expecting a decent time at the movies.

The story the crew mentioned above is trying to tell has a whole host of characters who are disappointed with each other. Emraan Hashmi's Ajay Puri is disappointed with his life and his wife as he feels like a second-rate citizen in his own home. He has no money, no power and no agency, and every single aspect of his existence is controlled by his significant other, Maya Verma (Sobitha Dhulipala).

Maya is disappointed with her husband as she realizes that he isn't in love with her like he used to be. She sees her marriage crumbling one day at a time.

Aiding this crumbling marriage is Ritu (Vedhicka Kumar), who is Ajay Puri's extra-marital lover. She is disappointed because Ajay's marriage to Maya keeps them away from each other.

However, the good Lord above chooses to help Ajay out of his predicament. He takes Maya out of the equation. Her soul may have met its maker, but her body is stolen from the morgue by an unidentified thief. Enter SP Jairaj Rawal (Rishi Kapoor). He is disappointed that someone would commit such a heinous crime in the dead of night. He soon begins his investigation by questioning Ajay Puri.

You would expect the director of Drishyam to make a good movie out of this familiar yet intriguing plot, especially when a blueprint for it existed in the form of the much-liked Spanish original. But The Body is no Badla, and hence the disappointment.

The disappointment with Jeetu Joseph's newest venture comes in a myriad of ways. A good thriller requires a tense atmosphere and smart staging. A bulk of this film takes place in a forensic laboratory, a location that brims with the macabre. However, this lab has shiny morgues, hazy corridors and grimy toilets all at the same time. The specific sections of the building seem to be in service of the mood of one particular scene instead of helping set a tone for the entire movie. This inconsistent presentation carries over to film actors plying their craft on-screen like theatre actors would on stage. All but one of the actors enter and leave the frame with stilted precision.

The staged nature of the exercise doesn't entirely end there as it carries over to the movie's auditory experience. The Body is that rare beast of a movie that has a total runtime of just over an hour and a half, and yet has five song breaks for reasons that remain a mystery to us. Not only are these songs created by three different composers, these composers aren't even the ones scoring the film. While the score of the film borrows heavily from Trent Reznor and Atticus Ross, the songs remind us of times from Himesh Reshamiyya's golden era. If the second half of that statement was in any doubt, we have a redone version of Jhalak Dhiklaga to quell your concerns.

Rishi Kapoor seems to be the only actor interested in giving the audience its money's worth. He shines as the over-indulgent and grizzled cop. His excessive concern when played in tandem with Emraan Hashmi's, Sobhita Dhulipa's and Vedhicka Kumar's monotone performances leads the audience to figure the plot of film out well in advance.

So the audience sits there in wait akin to a frustrated commuter waiting at a bus stop for a bus that comes in late. While the hindrances plaguing the bus are a combination of those poor roads, heavy traffic and inept leaders we mentioned earlier, the sweet release of the end credits is held back by a dull plot that the filmmakers are intent on showing us in painstaking detail.

And once those credits rolled, we left the cinema disappointed. In the instance, we chose to blame our disappointments on the filmmakers. Through the course of this review, however, we have come to realize that we set our expectations based on the artists' previous works. Maybe we were as responsible for our disappointment as they are.
Share. Save. Connect.
Tweet
THE BODY SNAPSHOT 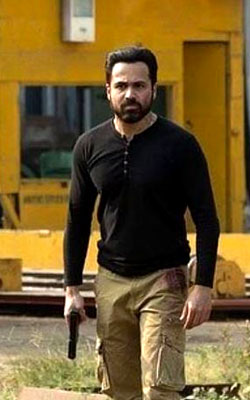 ADVERTISEMENT
This page was tagged for
the body movie hindi
the body hindi movie
The body hindi full movie
the body hindi movies
the body hindi full movie
Follow @fullhyderabad
Follow fullhyd.com on
About Hyderabad
The Hyderabad Community
Improve fullhyd.com
More
Our Other Local Guides
Our other sites
© Copyright 1999-2009 LRR Technologies (Hyderabad), Pvt Ltd. All rights reserved. fullhyd, fullhyderabad, Welcome To The Neighbourhood are trademarks of LRR Technologies (Hyderabad) Pvt Ltd. The textual, graphic, audio and audiovisual material in this site is protected by copyright law. You may not copy, distribute, or use this material except as necessary for your personal, non-commercial use. Any trademarks are the properties of their respective owners. More on Hyderabad, India. Jobs in Hyderabad.