The Place Beyond The Pines Review 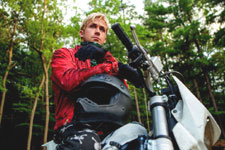 Kritika Deval / fullhyd.com
EDITOR RATING
5.5
Performances
Script
Music/Soundtrack
Visuals
7.0
4.0
7.0
6.0
Suggestions
Can watch again
No
Good for kids
No
Good for dates
No
Wait to rent it
Yes
The din of outfit-dissection, arguments on worthiness, and the entire gabfest accompanying the Academy Awards, has only barely died down, but the race for the next set of little golden men seems to have already begun. And The Place Beyond The Pines has all the required qualifications - a grand theme, a star cast that can't help but land the film a nomination or two, quite transparently manipulative drama, and a profuse use of the F-word. It does miss out on the one thing that is supposed to hold all the others together, though - a coherent plot line.

Spanning two generations, The Place... ambitiously attempts to unfold a tale of relationships, the ephemeral quality of morality, and "the sins of the father...". Ryan Gosling plays Luke Glanton, a footloose stuntman for a circus, whose chance visit to a small town called Schenectady leads to the discovery of a 1-year-old son begotten from a one night stand with Romina (Eva Mendes), now a waitress engaged to Kofi (Mahershala Ali). Overriding Romina's objections, and her fiance's belligerence, Luke sets off on a mission to provide for his son the best he can, which is by robbing banks.

One robbery too many leads to his brutal death at the hands of Avery Cross (Bradley Cooper), a rookie cop whose father has political ambitions for his son. This is where it all starts getting muddled up. On one hand there are Avery's seemingly strong, but eventually flexible, moral convictions, and on the other, his bizarre fixation for an orphaned little boy whose father's death propelled Avery to the status of a hero.

And then, 15 years and several political machinations later, the sons of these two unfortunate men take forward a story that has now lost all sense, and becomes about how life is an apathetic mess. Yes, life sucks and we're all doomed. We don't need the movies to tell us that. And we most certainly do not need to walk out of the movie hall depressed as hell.

The Place... gets some of the most amazing talents in the business to create a badly conceptualized, contrived movie that they nevertheless manage to elevate to an extent. Gosling's beautiful visage and fantastic performance manage to give the film its only half hour or so of emotional and visceral excitement. Bradley Cooper plays his part of the damaged and morally confused politician to perfection. Dane DeHaan and Harris Yulin, in their parts of teenagers irrevocably twisted by things beyond their control, show immense promise. Eva Mendes manages to bag one of those rare roles that showcases that she is much, much more than a pretty face and a hot body.

Evocative cinematography and a genius soundtrack, consisting of intelligently placed classics to underline the melancholy theme, round off the repertoire of the excellent elements that go towards making this movie. Eventually, though, none of these things manages to make it rise above what it is - a tale of great pretension and little soul. 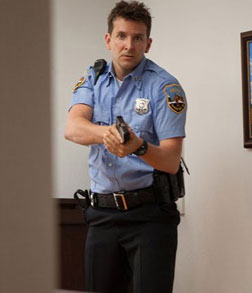 ADVERTISEMENT
This page was tagged for
The Place Beyond The Pines english movie
The Place Beyond The Pines reviews
release date
Ryan Gosling, Bradley Cooper
theatres list
Follow @fullhyderabad
Follow fullhyd.com on
About Hyderabad
The Hyderabad Community
Improve fullhyd.com
More
Our Other Local Guides
Our other sites
© Copyright 1999-2009 LRR Technologies (Hyderabad), Pvt Ltd. All rights reserved. fullhyd, fullhyderabad, Welcome To The Neighbourhood are trademarks of LRR Technologies (Hyderabad) Pvt Ltd. The textual, graphic, audio and audiovisual material in this site is protected by copyright law. You may not copy, distribute, or use this material except as necessary for your personal, non-commercial use. Any trademarks are the properties of their respective owners. More on Hyderabad, India. Jobs in Hyderabad.