Commando - A One Man Army Review 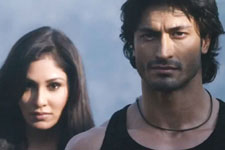 Nupur Barua / fullhyd.com
EDITOR RATING
5.0
Performances
Script
Music/Soundtrack
Visuals
5.0
4.0
5.0
7.0
Suggestions
Can watch again
No
Good for kids
Yes
Good for dates
Yes
Wait to rent it
No
Tony Jaa fans in India may have just found a new martial arts God to worship, and he is an Indian! Never before in the history of Hindi movies has such a phenomenon occurred. Sure, we have our Akshay Kumars and our Hrithik Roshans, but they are just action heroes. Now we have a master - Vidyut Jamwal - who performs all his stunts without cable, except the dive into the valley (or so the disclaimer claims, and please do not try them at home).

Since you know that Commando - A One Man Army is all about the unbelievable feats that can be accomplished by one man, there is no point trying to figure out a story. For the more finicky viewers, here is an attempt - Captain Karanvir Dogra (Vidyut Jamwal) is a commando in the Indian Army, based in Pathankot. His helicopter crashes in Chinese territory, and since there is no sign of the wreckage, the paranoid Chinese think he is an Indian spy.

They torture him for a year (water-bagging, hosing, testicle-pulling, finger-breaking, the works), and wait for India to respond. Colonel Sinha (Darshan Jariwala) takes great pains to describe, to an influential politician (Home Minister?), just how Karan is worth one in ten thousand and should therefore be saved. The politician pays no heed, and refuses to acknowledge Karan as one of theirs.

On the day that Karan is transported to the Chinese court for his final hearing (that may result in a death sentence) in an open vehicle with two underfed soldiers and one clueless driver, he makes an easy escape, and makes his way back to his country.

In Dilerkot, Punjab, lives a man without pupils. He can see, though. He is a bully and the villain of the area. His name is AK 74 (Jaideep Ahlawat), since he was born in 1974.

AK 74 wants to marry Simrit (Pooja Chopra), the young daughter of a local politician. She refuses. He stalks. She tries to flee town. His goons almost catch up with her when she bumps into Karan, looking surprisingly unfazed for somebody who has been tortured to near death recently.

Karan sends the bad men flying (literally), and Simrit drags her with him into a bus to escape the consequences. Unfortunately, AK 74 has already blocked the bridge leading to safety. The couple now have no option but to jump into the rushing waters below and hide in the forest. The rest of the movie revolves around the couple running from AK 74 and his 50-odd men.

The movie is not pretentious; the makers do not even pretend to give logic and structure their due importance. As mentioned above, it is all about Vidyut Jamwal becoming India's answer to Rambo (finally!).

While it may get monotonous watching sequence after sequence of people trotting around in a thick jungle, you will be relieved to know that the hand-to-hand combat bit, inserted at regular intervals, are a joy to behold. This deadly commando kills without pausing for breath, and manages to build temporary shelters for his accomplice and himself, and also set deadly traps for the persistent chasers, all with alarming efficiency and speed.

The problem, then, is the number of events that take place over the two-odd days that this movie concentrates on - there is just too much going on. What the scriptwriters could have done is paid some heed to Simrit's character. She is the fearless woman who defies the devil himself, but she seems to lose focus once she is in the jungle. Since the Commando cannot laugh (God forbid), she does a Geet from Jab We Met - in other words, she speaks incessantly. Simrit is almost bipolar - freaking out about a snake one minute, and cracking bad jokes the next.

AK 74, otherwise suitably menacing, also depends on constant SMS gags - pausing in the middle of evil acts to read out the latest Santa-Banta story to his gang of appreciative cronies. Humour (or any attempt at it), it can be said without malice, falls flat on its face, taking the plot with it.

The placement of the songs do not make much sense either, except for the item number, in which AK 74 just wants to satiate his suppressed desires. Saawan Bairi, slotted in just to drive home the fact that romance is in the air, is wasted, despite its high-speed video.

The costume design is slightly on the tacky side, as is the production design (the influential politician is always in a car, for example). The lighting is pretty flat in most scenes, but some of the visuals in the forest are breathtaking. Cinematography is inconsistent, with flashes of brilliance now and then.

Vidyut Jamwal does a decent job as the unsmiling Army man, but his face does not express the pain and the intense determination he professes to clean the country of corruption and trash. Needless to say, his action more than makes up for any lack of emotions.

Pooja Chopra does not seem too interested in her co-star. There is no chemistry. Also, she has a Kareena Kapoor hangover in her dialogue delivery, that seems out of place here.

Jaideep Ahlawat is a flat character - he has only one shade - black. He performs as per requirement, and would have been the next great villain in the Hindi film industry, if only the script justified it. Darshan Jariwala seems unnaturally uncomfortable in his role.

The only reason to watch Commando is Vidyut Jamwal and his passion for the martial arts and other forms of combat. He may soon become a threat to our existing action leading men, but if there is anybody who can look convincing cracking necks and hanging upside down without flinching, it is him.
Share. Save. Connect.
Tweet
COMMANDO - A ONE... SNAPSHOT
COMMANDO - A ONE MAN ARMY SNAPSHOT 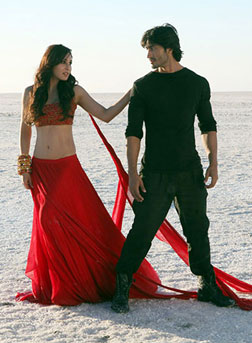 ADVERTISEMENT
This page was tagged for
commando the one man army full movie in hindi Vidyut Jamwal
dilerkot
dierkot panjab
Commando - A One Man Army hindi movie
Commando - A One Man Army reviews
Follow @fullhyderabad
Follow fullhyd.com on
About Hyderabad
The Hyderabad Community
Improve fullhyd.com
More
Our Other Local Guides
Our other sites
© Copyright 1999-2009 LRR Technologies (Hyderabad), Pvt Ltd. All rights reserved. fullhyd, fullhyderabad, Welcome To The Neighbourhood are trademarks of LRR Technologies (Hyderabad) Pvt Ltd. The textual, graphic, audio and audiovisual material in this site is protected by copyright law. You may not copy, distribute, or use this material except as necessary for your personal, non-commercial use. Any trademarks are the properties of their respective owners. More on Hyderabad, India. Jobs in Hyderabad.