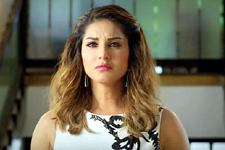 Jaiwantika Dutta-Dhupkar / fullhyd.com
EDITOR RATING
3.0
Performances
Script
Music/Soundtrack
Visuals
6.0
3.0
3.0
5.0
Suggestions
Can watch again
No
Good for kids
No
Good for dates
No
Wait for OTT
No
Beiiman Love is a rather clichéd film about a woman scorned. But it has Sunny Leone and she looks gorgeous all through the film. That's as good enough a reason as anything else to watch this one, no? Well, perhaps not.

Beiimaan Love's story involves smooth operator Raj Malhotra (Rajneesh Duggal, back after a long hiatus) who gets slapped by Sunaina Verma (Sunny Leone - with great biceps) for acting fresh with her at a party, and vows revenge. If this, to you, sounds like the hackneyed plot of several Bollywood movies from the 80s, you're not wrong.

Becoming the object of ridicule amongst his friends after the slap, Raj retorts with a wager that he'll have Sunaina in bed in ten days flat. Destiny seems to be smiling down upon him, too, when Sunaina turns out to be an employee at his father's firm. Raj wastes no time in being the wolf in sheep's clothing and it works - he cons her out of her pants and into bed. But his family somehow turns up at the scene of crime just at the nick of time, and Raj has to lie that he and Sunaina are married.

You then see Raj and Sunaina exchanging rings in a rather anti-climactic turn of events, and then suddenly a guest at the wedding discovers that Sunaina's mum is a bar dancer and a call girl. The wedding celebrations stop right there, and a grateful Raj gets to wriggle out of his forced commitment, but not before telling everyone present about his wager to bed and never marry Sunaina.

Sunaina's dismayed mum commits suicide, and the stage is set for more drama. A furious Sunaina sets out on a revenge spree to wreak havoc in Raj's and his family's lives. She does this by becoming their biggest business competitor, with some overseas help from a client, Daniel Peterson (Daniel Weber), who respects her true worth. Raj meanwhile gets engaged to someone else, but she only makes Sunaina look good in comparison, and so he lands up at Sunaina's doorstep one rainy night seeking sex and forgiveness, both of which he gets.

Of course, it's all too good to be true - because, why would Sunaina make out with such abandon without a hidden agenda? She finally gets to dump Raj, and, mission accomplished, sets up base camp with Daniel - while Raj goes loony in her memory.

Beimaan Love tries to do something right - it gets Sunny as its main lead. Okay, it also tries to set a good example for society. But despite having a strong woman as its lead it fails, because its whole argument is warped. Sunaina, with her "MBA in Marketing", isn't shown as being ambitious for her career's sake - she's ambitious because she's hysterical, after being dumped. When Raj eventually comes around and becomes a good boy, Sunaina's in no mood to forgive. She leaves him destitute and mad (literally!) on the street.

Indeed, Sunny Leone as business honcho takes up a lot of screen time, but it's all so inconsequential. As a woman, her motives are projected as being 100% emotional, unlike those of Raj and the men in his family - they're not emotional, ever. And when Raj eventually gets emotional about Sunny, he ends up as a destitute on the streets of Mumbai. So much for a gender-sensitive love story.

Beiimaan Love allows you to admire Sunny Leone's screen presence - she's totally larger than life, and everybody else in the film seem like mere cardboard cutouts next to her. But poor writing and direction ensure that her role is insubstantial. Daniel Weber as the Messiah in Sunny's life is allright, but amazingly, the two lack onscreen chemistry. The music is plain terrible.

Beiimaan Love starts out bad and ends up terrible. And the sex isn't great either. What's the point really, is all you want to know when it's over.
Share. Save. Connect.
Tweet
BEIIMAAN LOVE SNAPSHOT 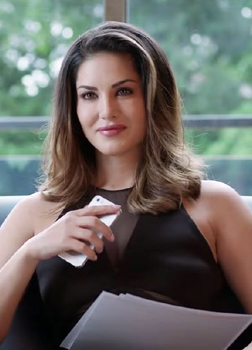 ADVERTISEMENT
This page was tagged for
beiimaan love full movie hindi
Beiimaan Love hindi movie
Beiimaan Love reviews
release date
Sunny Leone, Rajneesh Duggal
Follow @fullhyderabad
Follow fullhyd.com on
About Hyderabad
The Hyderabad Community
Improve fullhyd.com
More
Our Other Local Guides
Our other sites
© Copyright 1999-2009 LRR Technologies (Hyderabad), Pvt Ltd. All rights reserved. fullhyd, fullhyderabad, Welcome To The Neighbourhood are trademarks of LRR Technologies (Hyderabad) Pvt Ltd. The textual, graphic, audio and audiovisual material in this site is protected by copyright law. You may not copy, distribute, or use this material except as necessary for your personal, non-commercial use. Any trademarks are the properties of their respective owners. More on Hyderabad, India. Jobs in Hyderabad.