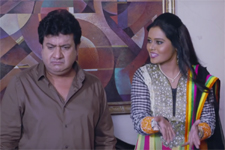 Ajay Kumar R / fullhyd.com
EDITOR RATING
5.0
Performances
Script
Music/Soundtrack
Visuals
7.0
3.0
4.0
4.0
Suggestions
Can watch again
No
Good for kids
Yes
Good for dates
Yes
Wait for OTT
Yes
Best Of Luck (2016) is a Hyderabadi family comedy that meanders gently through a routine narrative about how lying and envy can screw up and complicate lives and relationships. Protagonist Amjad (Adnan Sajid Khan), a cheeky businessman, lives along with his possessive wife Heena (Preeti Nigam) and sister-in-law. The sister-in-law is in love with a police officer, Zafar Shaikh, who locks horns with Amjad due to a petty issue in the beginning of the movie. She brings Zafar to introduce him to her brother-in-law and sister. But on that day, Amjad, who agrees to meet Zafar, gets stuck in an elevator with a female stranger for the rest of the night due to a power failure.

Fearing his wife's wrath and envy, he decides to hide the truth from her. He quickly spots a bag with actor Mithun Chakraborty's image on it, and tells her that he was with a childhood buddy named "Mithun Chatterjee" that night. Heena, who never stops doubting him, coaxes the fictitious Mithun's address out of Amjad and writes a letter to "Mithun" asking him to visit her residence as proof of his existence.

A panicky Amjad, in an attempt to save himself, brings home another childhood friend, played by Mujtaba Ali Khan, and dubs him Mithun. The friend plays along and guards Amjad's lies throughout the movie.

Now what are the odds that a character you concocted to trick your wife turns out to be real, and living at the exact same address that you cooked up for him? Turns out that the address Amjad gives Heena actually belongs to a Mithun Chatterjee (Altaf Hyder), who is also a lookalike of actor Mithun Chakraborty. A double whammy! And what ensues is a chaotic avalanche of lies intended to cover up the truth, and more lies to cover those lies.

The choice of casting is pretty decent, with subtle emoting from Adnan Sajid Khan (who is also everyone's favourite Gullu Dada) and Mujtaba Ali Khan. Preeti Nigam acts well as the envious yet caring wife. Altaf Hyder as Mithun does a pretty good job, too (except when the character gets annoying at places).

The actors carry the audience through otherwise drab direction (Sanjay Punjabi), and a story that attempts to hit comic gold primarily with the Hyderabadi lingo. But that is probably the main problem with movies that bet purely on the Hyderabadi vocabulary and idiom - the emphasis is more on how the dialogues are said than on the content. But even with the fairly thick accent, the movie might not tickle your funny bones, especially if you are someone who's already seen a dozen films in this genre, or are expecting the film to match up to The Angrez. However, the movie is certainly a one-time watch for the less demanding ones as they might laugh at scenes involving Mujtaba Ali Khan, Adnan Sajid Khan and Altaf Hyder.

Visuals and cinematography are not what you look forward from movies of this species, as sure enough the visual quality resembles that of Indian soaps. But that kind of adds to the film's simplicity.

The music (Satya Kashyap) is okay-ish and befitting the genre. The lack of originality in music doesn't affect the movie in anyways as music, too, isn't something you would watch this film for.

Best Of Luck is a film that delivers exactly what you expect before entering the cinema hall - nothing more, nothing less.
Share. Save. Connect.
Tweet
BEST OF LUCK (HINDI) SNAPSHOT 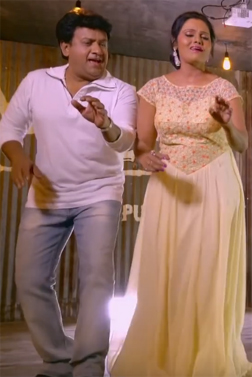 ADVERTISEMENT
This page was tagged for
best of luck film language:en
Best of Luck 2013 film movie song download
best of luck movie download
best of luck india movie
best of luck hyderabadi movie download
Follow @fullhyderabad
Follow fullhyd.com on
About Hyderabad
The Hyderabad Community
Improve fullhyd.com
More
Our Other Local Guides
Our other sites
© Copyright 1999-2009 LRR Technologies (Hyderabad), Pvt Ltd. All rights reserved. fullhyd, fullhyderabad, Welcome To The Neighbourhood are trademarks of LRR Technologies (Hyderabad) Pvt Ltd. The textual, graphic, audio and audiovisual material in this site is protected by copyright law. You may not copy, distribute, or use this material except as necessary for your personal, non-commercial use. Any trademarks are the properties of their respective owners. More on Hyderabad, India. Jobs in Hyderabad.