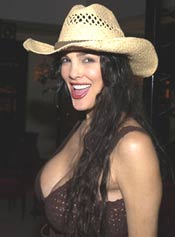 Avinash Tadimalla / fullhyd.com
EDITOR RATING
1.0
Performances
Script
Music/Soundtrack
Visuals
NA
NA
NA
NA
Suggestions
Can watch again
NA
Good for kids
NA
Good for dates
NA
Wait to rent it
NA
12 dead bodies. 13 pairs of legs, attached to 13 women, mostly Playboy models, who shed their clothing at the slightest excuse. Exploding sailboats with fireballs attached. A topless dance rehearsal. A secret agent in what has got to be the tiniest mini-skirt in the history of the universe. Yes, director Drew Sidaris has entered the big league with The Dallas Connection, a soft-core porn flick that has all the above and features 1993 Penthouse Pet of the Year Julie Strain, the only villain in film history who has to have sex with anybody she kills.

The Dallas Connection is a great cheesy film full of half-naked vixens. Fans of the campy genre will thoroughly enjoy it. The plot is another hodgepodge of B-movie clichés featuring buxom secret agents infiltrating diabolical organizations bent on world domination. Here, computer chips and space technology play into the story (with a ridiculous use of a meteor shower in the explanation!). If you've seen this kind of film before, you're going to get exactly what you expect to get. Lots of very nice, busty girls take their clothes off for no reason other than that it makes guys happy. There are some pretty buff guys (wasn't paying as much attention to them so I don't have the count) for the girls, and some bad acting for everyone. And I mean VERY bad.

The film also contains Wendy Hamilton, as the ruthless big-breasted federal agent who secretly pours Diet Coke into a Jet Ski gas tank; Sam Phillips, as the blonde hostage who keeps getting knocked out, for dancing on a dining table in lingerie and, in her big emotional scene, saying "I'd rather DIE!"; Julie K Smith, as the undercover agent who demonstrates her talent in the obligatory Sidaris hot-tub scene; and Bruce Penhall, as the stock-car-racing federal agent who blows up a Chinese Kung-Fu assassin, then says "You should have read your fortune cookie." Oh, and of course, Cassidy Phillips, who usually has only one word of dialogue if he's in a scene, "Cool." Apparently he was too busy handling his duties as Assistant Director to learn anything more complex.

Overall, this is an obvious flick - no shocks, no surprises and you can see the twists coming a mile away. To its credit, Dallas Connection does not attempt to be something it is not. It makes no pretense of the fact that it was made to titillate, and if the success of a film is measured by how far it has achieved its objective, then this one would have done pretty well.

Odd little bits in the film were funny though; people getting the use of the words anagram and acronym mixed up and foliage being pronounced "foilage". Thank goodness there were no libraries and nuclear reactions, and nothing happened in February (not good temperatures to take your clothes off on a whim).

ADVERTISEMENT
This page was tagged for
Dallas Connection english movie
Dallas Connection reviews
release date
Julie Strain, Bruce Penhall
theatres list
Follow @fullhyderabad
Follow fullhyd.com on
About Hyderabad
The Hyderabad Community
Improve fullhyd.com
More
Our Other Local Guides
Our other sites
© Copyright 1999-2009 LRR Technologies (Hyderabad), Pvt Ltd. All rights reserved. fullhyd, fullhyderabad, Welcome To The Neighbourhood are trademarks of LRR Technologies (Hyderabad) Pvt Ltd. The textual, graphic, audio and audiovisual material in this site is protected by copyright law. You may not copy, distribute, or use this material except as necessary for your personal, non-commercial use. Any trademarks are the properties of their respective owners. More on Hyderabad, India. Jobs in Hyderabad.