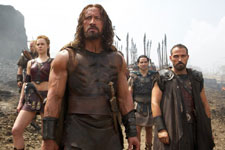 Nupur Barua / fullhyd.com
EDITOR RATING
7.5
Performances
Script
Music/Soundtrack
Visuals
7.0
7.0
5.0
8.0
Suggestions
Can watch again
Yes
Good for kids
No
Good for dates
No
Wait to rent it
No
In the mythology of the West, the gods and demigods are susceptible to mortal ambitions, desires and emotions, and are therefore judged and assessed on the same level as human beings. The benefit, therefore, to filmmakers and storytellers is immense. There are so many ways to interpret a character, and graphic novels have taken this to new heights.

The writer of the graphic novel, Steve Moore, was involved in some controversy regarding the making of the movie. He passed away recently, but we will always be thankful to him for this latest take on Hercules's adventures, after his 12 tasks. Hercules 3D is a surprisingly entertaining and touching movie, and most of that should be credited to the writer. Watch it for pure fun and an adrenaline rush.
Share. Save. Connect.
Tweet
HERCULES SNAPSHOT 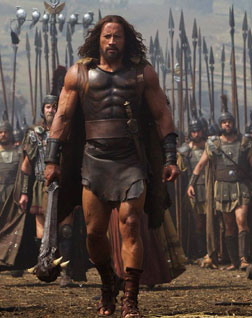 ADVERTISEMENT
This page was tagged for
Hercules english movie
Hercules reviews
release date
Dwayne Johnson, Ian McShane
theatres list
Follow @fullhyderabad
Follow fullhyd.com on
About Hyderabad
The Hyderabad Community
Improve fullhyd.com
More
Our Other Local Guides
Our other sites
© Copyright 1999-2009 LRR Technologies (Hyderabad), Pvt Ltd. All rights reserved. fullhyd, fullhyderabad, Welcome To The Neighbourhood are trademarks of LRR Technologies (Hyderabad) Pvt Ltd. The textual, graphic, audio and audiovisual material in this site is protected by copyright law. You may not copy, distribute, or use this material except as necessary for your personal, non-commercial use. Any trademarks are the properties of their respective owners. More on Hyderabad, India. Jobs in Hyderabad.