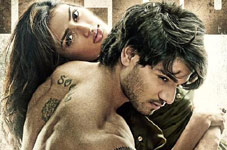 Nupur Barua / fullhyd.com
EDITOR RATING
4.0
Performances
Script
Music/Soundtrack
Visuals
5.0
3.0
4.0
6.0
Suggestions
Can watch again
No
Good for kids
No
Good for dates
Yes
Wait to rent it
No
To begin with, Subhash Ghai's Hero was never a great movie. Given the number of years that have passed since its release (more than three decades), and given that tends some stuff tends to get romanticised just because its ancient, the film is now considered a cult classic. Cult enough for a remake to be considered, which is what Nikhil Advani has done. With names like Salman Khan thrown in (as producer), the new, contemporary Hero has had more than its share of publicity. At the end of the day, however, the fact remains that the original was never good enough anyway.

Sooraj (Sooraj Pancholi) is a goon with a heart of gold. His benefactor is a high profile villain named Pasha (Aditya Pancholi). When Sooraj sees bullies taking advantage of the weaker sections of the population, he jumps to intervene, on behalf of the latter. He has a set of friends who think he needs to become more badass, so they tell him that he should chill, take a night out, and so on.

Sooraj finds himself at a discotheque that looks like a church gone wrong, but is very popular nevertheless. Here, as he makes his nth heroic entry, he also meets Radha (Athiya Shetty). After a bit of song and dance, and some blabber on how women should be treated, Radha finds herself inexplicably attracted to the young man. The feeling is mutual, but they need to get on with their separate lives.

In what could only be a twist of fate, Radha's father (Tigmanshu Dhulia) is a police IG, and he is also Pasha's nemesis. Pasha wants to teach the IG a lesson, and gets Sooraj and his crew to kidnap Radha. The dumb girl falls for some cock-and-bull story about Sooraj being her bodyguard, and happily trapezes to some snow-clad locale with his gang.

So there are two things that happen in this story from here on - one is that Radha discovers who Sooraj really is, and the other is that Sooraj has to figure out what he wants to do with his life. Which Radha anyway decides for him, of course. The path of true love never runs smooth as we all know, and with the help of some heavy duty dialogues (albeit old-fashioned ones), we realise that being a hero is not all about muscles and romantic songs. Not that the music is great (which is something that the original had going for it).

The makers presume, and rightly so, that you will lose your train of thought by the intermission. Which is why they insert a song and dance recap of the story so far. With enough machismo to make you feel ill, Sooraj proves why he is the hero in the story, and also sings a song that reminds you. The setting may be contemporary, but the sentiments are definitely of a historical nature. There is not much to see or do in the film, but be prepared for plenty of yawning.

Sooraj Pancholi and Athiya Shetty have very little chemistry. They look more like friends who are out on a stroll. The script, to be fair, does not allow them to showcase their talents, so to speak, but it is clear that Shetty, with her defined cheekbones, has immense potential. Sooraj Pancholi is too busy flexing his muscles, and that distracts from his histrionics. Which may be a good thing in this movie. Both debuting actors have a long way to go.

Aditya Pancholi is menacing enough with his hooded eyes. Tigmanshu Dhulia, who plays the same role that Shammi Kapoor did in the original, is disappointing. Sharad Kelkar as Radha's elder brother is convincing, and has the most relatable track. The actors playing Sooraj's friends are not irritating, so that is a relief.

Remakes do not necessarily work in our country, and now the idea of a rogue hero giving it all up for his innocent lover is a bit stale. Besides, Tiger Shroff has already made his debut in a movie with a similar storyline. To repeat, the original was not good enough anyway, and the fact that this remake is worse is a reflection of the lack of involvement of the director. As for the famous Salman Khan song - that comes right at the end. You decide if it is worth it.
Share. Save. Connect.
Tweet
HERO (SOORAJ) SNAPSHOT 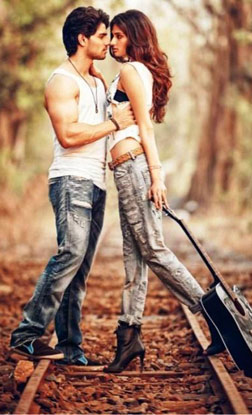 ADVERTISEMENT
This page was tagged for
Hero (Sooraj) hindi movie
Hero (Sooraj) reviews
release date
Sooraj Pancholi, Athiya Shetty
theatres list
Follow @fullhyderabad
Follow fullhyd.com on
About Hyderabad
The Hyderabad Community
Improve fullhyd.com
More
Our Other Local Guides
Our other sites
© Copyright 1999-2009 LRR Technologies (Hyderabad), Pvt Ltd. All rights reserved. fullhyd, fullhyderabad, Welcome To The Neighbourhood are trademarks of LRR Technologies (Hyderabad) Pvt Ltd. The textual, graphic, audio and audiovisual material in this site is protected by copyright law. You may not copy, distribute, or use this material except as necessary for your personal, non-commercial use. Any trademarks are the properties of their respective owners. More on Hyderabad, India. Jobs in Hyderabad.